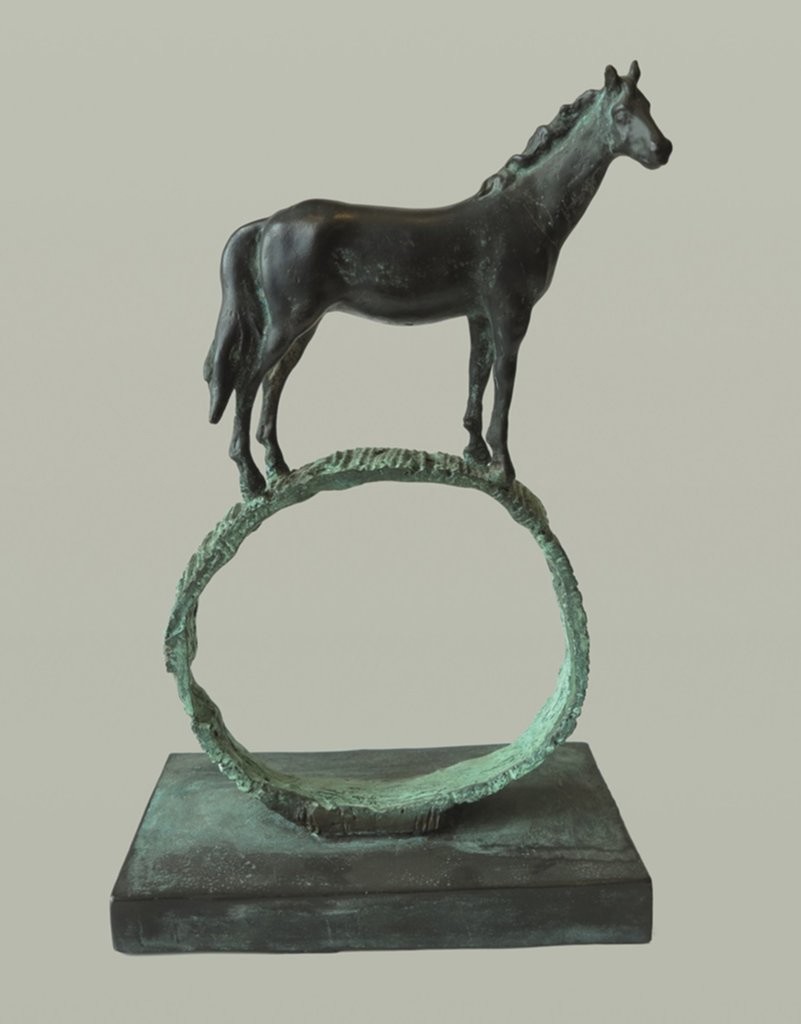 by Zeynep Esra İstanbullu Nov 23, 2016 12:00 am
The Istanbul Kültür University Art Gallery (İKÜSAG) is hosting a number of works by sculptor Maria Kılıçlıoğlu Baraz in the third exhibition of the 2016-2017 art season. The exhibition will be launched with an opening cocktail party at Istanbul Kültür University's Ataköy Campus on Nov. 30 and will remain open until Dec. 21. The "Maria Kılıçlıoğlu Sculpture Exhibition" offers a selection of 17 bronze sculptures of mythological human beings, animals and fantastic figures which have become the artist's signature since the 1990s.

Sculptor Maria Kılıçlıoğlu was born in Sofia in 1958. The artist, who is also the daughter of a famous sculptor, attended the State Fine Arts Academy's Department of Textile between 1978 and 1985. Since 1988, she has continued to produce both bronze sculptures and paintings, and has held more than 50 solo exhibitions as well as participated to numerous group exhibitions.

Kılıçoğlu's artworks, which are widely known in Germany, have also been purchased by various collectors from Italy, France, Japan and the U.S. Kılıçoğlu's sculptures are very popular because she uses wax throughout the casting when working with bronze. The bronze Atatürk bust, made by the artist in 1993, was gifted to the Turkish Embassy in Sofia, Bulgaria.
RELATED TOPICS