Aqua visions at the foot of the Fatih Sultan Mehmet Bridge 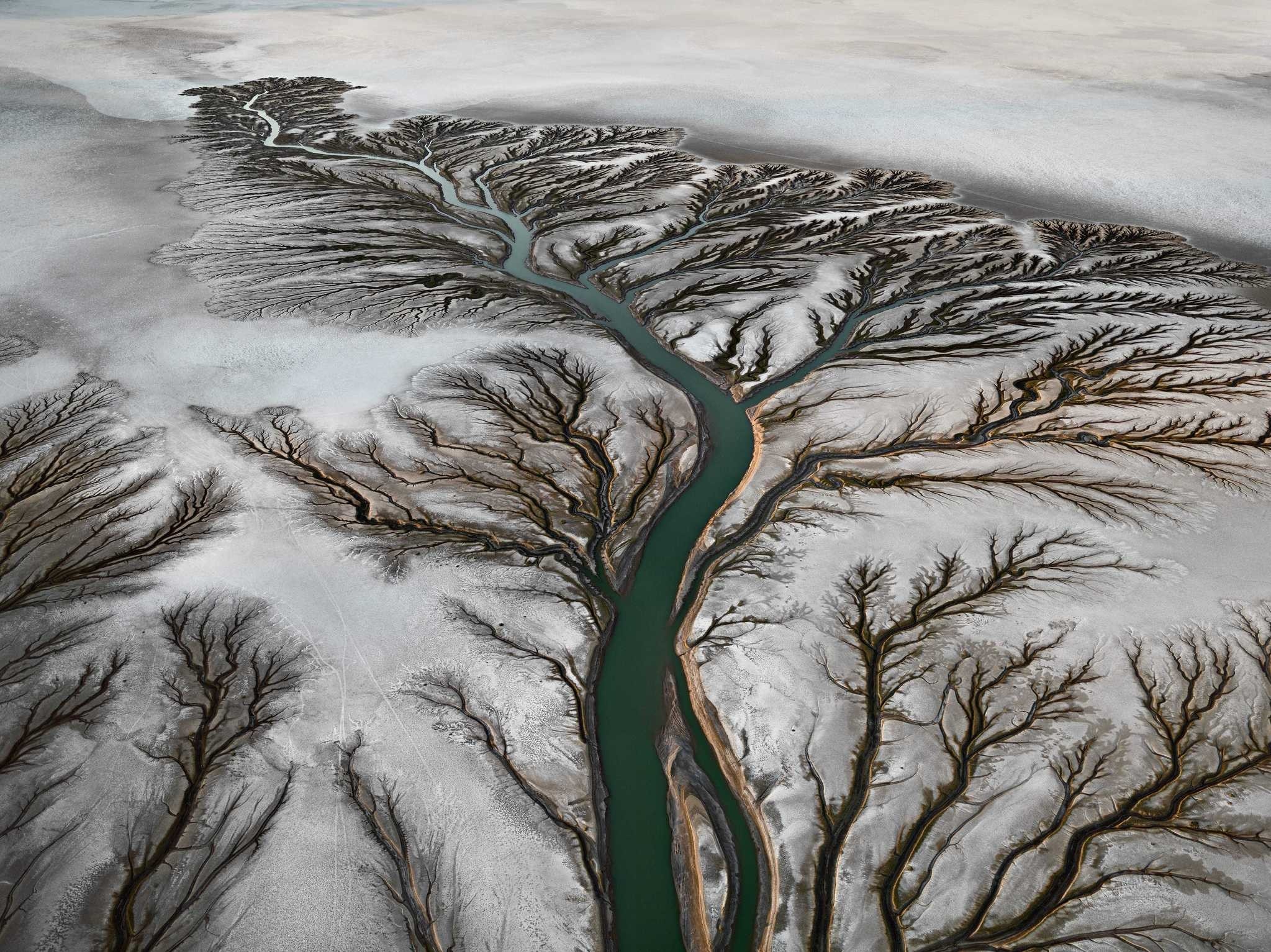 The striking photographs in "Aqua Shock," the new exhibition by the Canadian photographer Edward Burtynsky, reminded me of the Bosporus when I saw them at Borusan Contemporary a few weeks ago. The inimitable "Haunted Mansion" that serves as the headquarters of both business and artistic operations of Borusan Holding, is located at the foot of the Fatih Sultan Mehmet Bridge. As visitors wandered through Burtynsky's 28 large-scale works, placed on the second floor of the building, there was an urge among many to leave those crisis-laden images depicting oil spills and natural catastrophes and return to Borusan's spacious terrace to watch the silent waves of the Bosporus strait. 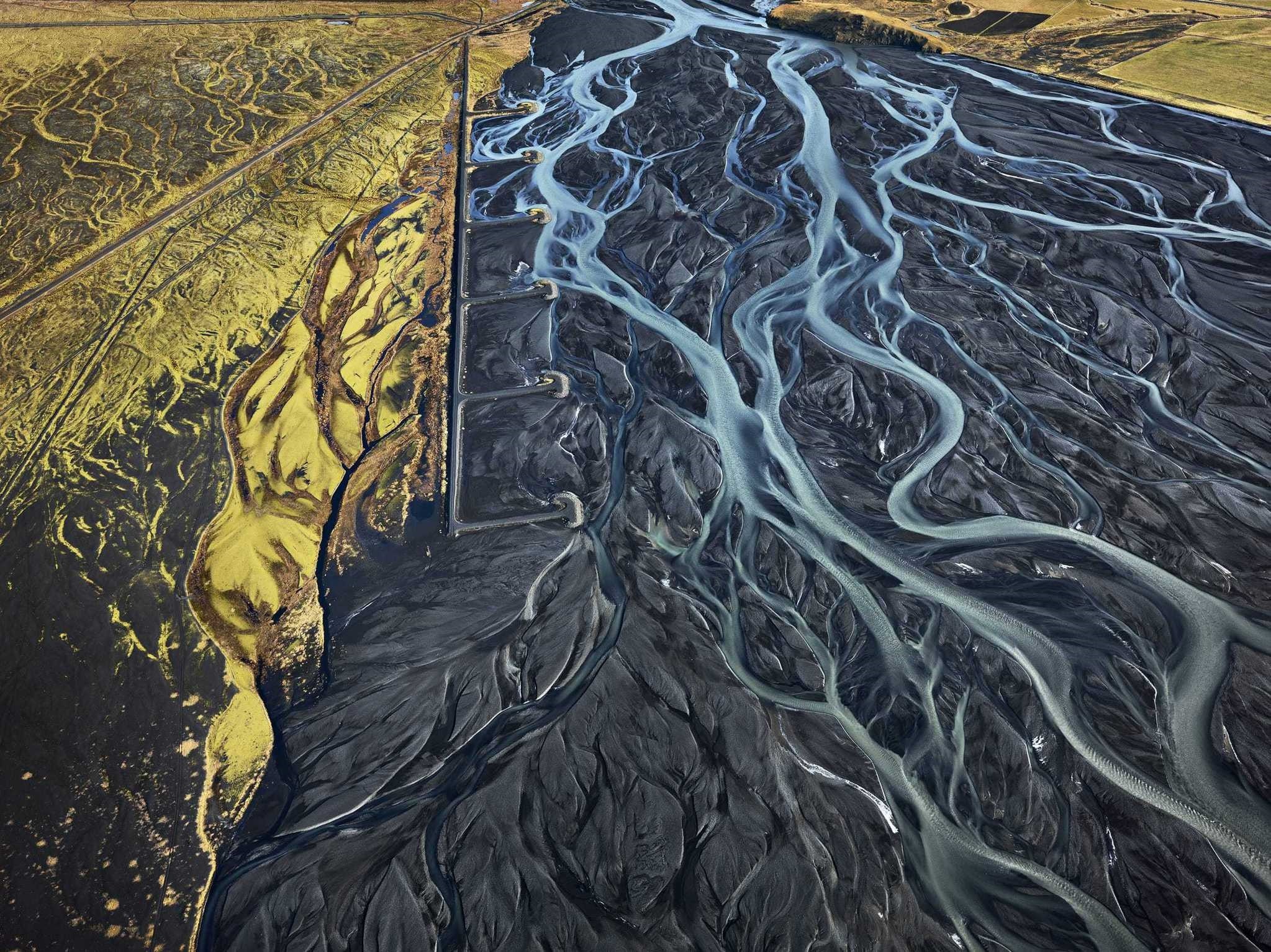 In his text for the exhibition catalog, curator William A. Ewing, too, writes about the conflicting feelings inspired by looking at the horrific details and beautiful visions of natural disasters. "That he manages to delight the eye, while simultaneously planting seeds of doubt, is a sign of his consummate skill as an artist," Ewing writes of Burtynsky's work. "His imagery shows us full well that those negative effects have come back with a vengeance."

Those negative effects are caused by human interventions in the landscape, leading to "unbridled material wealth" for which humanity is paying a steep price. "The resource of water is one of the entire world's most pressing concerns, a subject that the photographer has treated brilliantly on conceptual, factual and aesthetic levels."

In one unforgettable image, "Xiaolangdi Dam #3," Burtynsky captures the Yellow River in China's Henan Province. The photograph features such imaginative detail that it wouldn't be out of place at Tate Britain's Turner Collection. In "Colorado River Delta #2," a 2011 image produced near Mexico's San Felipe, the waters resemble unsettlingly dark veins inside a human body. No newspaper-sized version of these images can create the experience of seeing their massive-sized originals on Haunted Mansion's walls. 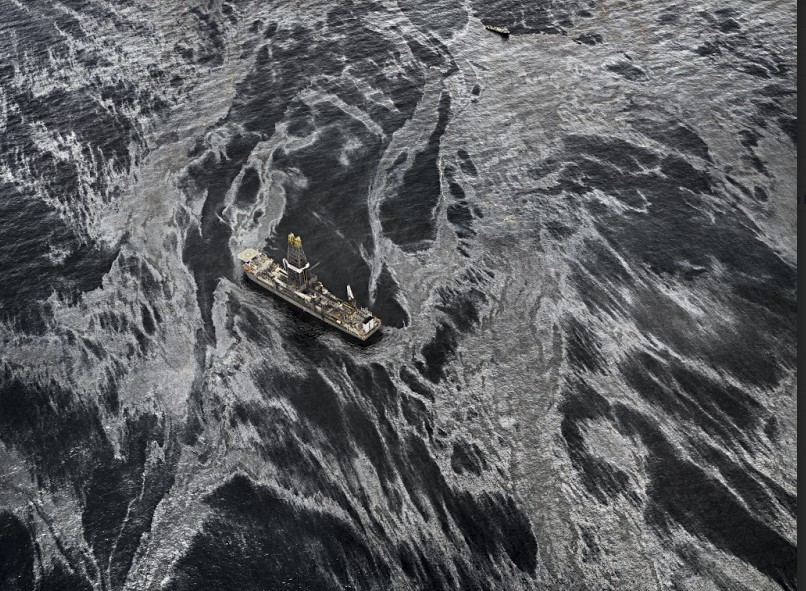 One of the world's leading nature photographers, Burtynsky has founded a darkroom rental facility in Toronto in mid-1980s. He then worked on a number of ambitious projects that were displayed in exhibitions including "Water" at the New Orleans Museum of Art, "Oil" at Washington's Corcoran Gallery of Art and "Manufactured Landscapes" at the National Gallery of Canada. A lecturer on photographic art, Burtynsky has won numerous distinctions, including the Order of Canada and the Rogers Best Canadian Film Award.

"While trying to accommodate the growing needs of an expanding, and very thirsty civilization, we are reshaping the earth in colossal ways," Burtynsky writes in his artist statement for the project. "In this new and powerful role over the planet, we are also capable of engineering our own demise. We have to learn to think more long-term about the consequences of what we are doing, while we are doing it. My hope is that these pictures will stimulate a process of thinking about something essential to our survival; something we often take for granted - until it's gone."

For his 2010 work, "Oil Spill #2," Burtynsky has focused on one of the worst natural disasters the world had witnessed. In May 2010, BP's Deepwater Horizon poured millions of barrels of oil into the Gulf of Mexico. The largest marine oil spill in history, consisting of some 4.9 million barrels of oil, has claimed the lives of 11 people. Hearing the news of the disaster, Burtynsky quickly came to the area to photograph the outcome. His "Oil Spill" imagery brings together Burtynsky's double role as journalist and artist: he is a meticulous recorder of natural catastrophes and a painter of their sublime artistic representations.

"I understand that it has an editorial aspect to it, but nothing I photograph is typically a news event," the artist has said. "I'm not so much into chasing disasters as I am into looking at big industrial incursions into the landscape or in this case, the seascape."

Such works exemplify the best of Burtynsky's aerial shooting methods. In his piece for the exhibition catalog, Ewing points to the complicated machinations of this process. "On the technological level the project required location crews, man-lifts, aircraft, remote-controlled UAS (Unmanned Aerial System) and a custom-made pneumatic mast with camera-mount and fiber-optic remote," he writes. "Perspectives and compositional strategies encompass and expand upon both documentary and abstract traditions long present in the artist's work. Burtynsky suggests that a 'very thirsty civilization' is currently rearranging global water resources on a scale so colossal that even the most megalomaniac pharaohs would be put to shame."

In his quest to warn us about the calamities of that "very thirsty civilization" Burtynsky has produced some of the most sublime images of our world to whose complexities his works bear witness in their terrifying and poetic realism.
RELATED TOPICS