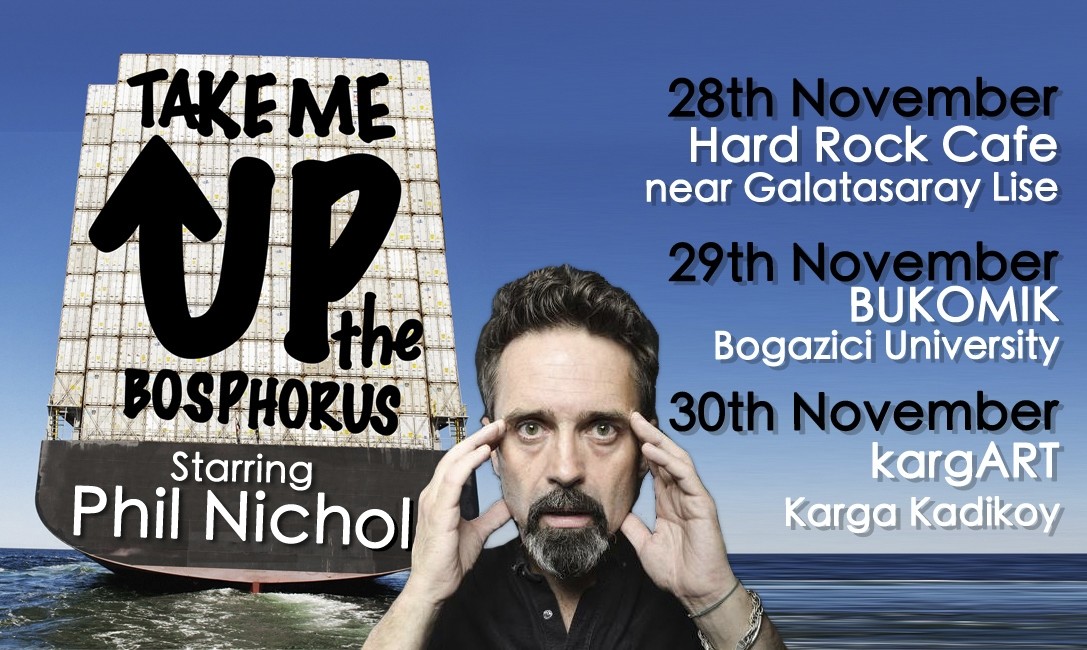 Canadian comedian Phil Nichol is coming to Istanbul for three performances. The comedian will take the stage at Hard Rock Cafe Istanbul on Nov. 28 and at Boğaziçi University Caricature and Comedy Club on Nov. 29.

On Nov. 30, Nichol will be hosted at Karga during the comedy show "Take Me up the Bosphorus - English Comedy Nights."

The show will be hosted by Aslı Akbay and the Canadian comedian will give a two-act comedy performance.

Nichol, who gained international fame and created a loyal fan base thanks to his original stand-up style, is an award-winning comedian, actor, producer, host, writer and musician. According to his fans, his talents know no bounds.

Nichols is characterized as a creative, innovative and visionary comedian.

Every show he performs is energetic and exciting without any exceptions. His stand-up comedy style and talent for improvisation are surely matchless.

His entertaining and absurd comedy style and effort to bring something new onto the stage is what makes Nichol different from other comedians of his generation.

This year, he gave his 20th solo performance at the Edinburgh Fringe Festival. His performances will mark his first shows in Turkey.