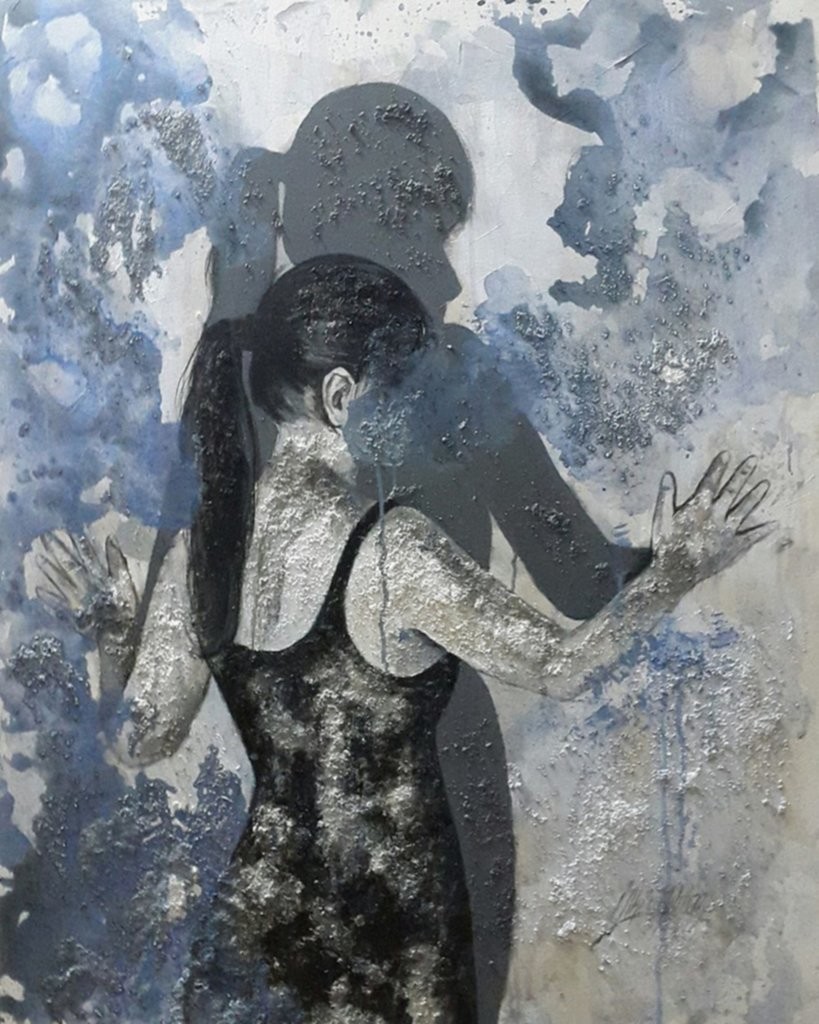 Set to run between Dec. 20 and Dec. 30, Ülkü Yılmaz's painting exhibition focuses on the matter of existence and the place of existence, which make the representation of concrete possible

An exhibition by Ülkü Yılmaz titled "We Are Not Here" will open at Galeri Eksen on Dec. 20.

The exhibition takes a fundamental question on existence and the place of existence as a starting point: "Where am I being myself?"

Having been devoted to the representation of the existence and glory of God in the Middle Ages, art was then partly put at the disposal of humans with the Renaissance, which is an ontological and social fact.

Rather than implications of existence, implications of nonexistence are visible in both eras. Painting was an answer to the question: "How will I remember God when he is not physically here and how will I be remembered when I die or when I am not here."

It tells us that there is an assumption underlying the idea of representation: What is non-existent now was here once upon a time with its existential gravity. Or 'He' has always been here.

Yılmaz touches upon a wide variety of references from surrealists to expressionists, from performance artists such as Marina Abramovic, Ana Mendieta, Cindy Sherman to existential philosophers in "We Are Not Here," and attempts to touch on the "worldly pain" of a human who constantly looks for a root for his existence, a gender for his body and a cure for his death.

This is a search for a thought beyond the context in which the discussion, whether it is legitimate for painting to represent things as they are, takes place. Intertwined themes such as death, shadow, femininity, body,

existence, non-existence, identity, face and subject does not refer to a point where the representation becomes perfect or problematic.

It is not about questioning the ethics of representation, but it is about subjecting existence that is the condition of representation to a more radical questioning. If we define melancholy as a process in which the person never gives up the act of lamenting and makes the devotion to the loss constant, we can say that "We Are Not Here," which is a result of a melancholic creation process, refers to originality of the loss or of those which were never owned:

The exhibition can be visited in Galeri Eksen every day except for Sundays between Dec. 20 and 30.
RELATED TOPICS