With Turkish TV series on the rise, Turkey targets $2B in exports by 2023 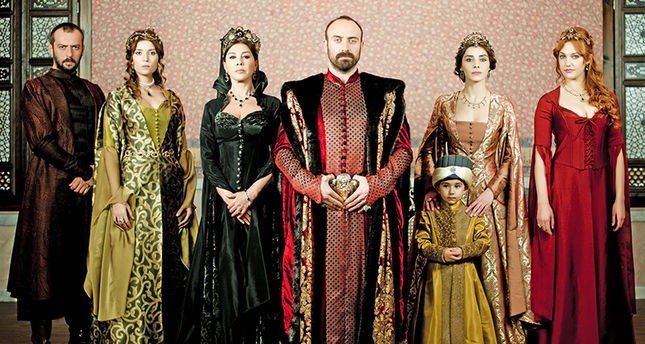 Turkey plans to increase its revenue from the export of Turkish series and soap operas worldwide to $2 billion by 2023, Metin Tuncturk, chairman of the professional body of film producers FIYAB told Anadolu Agency on Thursday.

"The Turkish serial sector is open to the world and is set to become a locomotive of an economic, cultural and global national breakthrough," Tuncturk said.

He noted the recent decline in Turkish lira's value against the U.S. dollar, but believed the fluctuations in the exchange rate would affect the country's film sector positively due to its export capacity.

"Turkey is not a country that imports film and television series in dollars. Today, the Turkish film series are sold roughly to 200 countries and some of them are valued at around $250,000 per episode," he said.

Annual exports of Turkish series have already surpassed the $200 million mark, he said.

"The targets are now bigger in this industry," he said.

The popularity of Turkish soap operas has skyrocketed since 2004, particularly in the Middle East, South America and southern European countries.

Popular Turkish series have been exported to over 200 countries, contributing to a boom in the country's domestic television industry.

A particular success story is the "Muhtesem Yuzyil" (The Magnificent Century) series, which focuses on the life of the 16th century Ottoman Sultan, Suleyman the Magnificent.

The show proved hugely popular both in Turkey and in eastern Europe where it is being broadcast in 70 countries and watched by over 250 million people.

The second success story is the "Deli Yurek" (Wild Heart) series, which was the first Turkish television production exported from Turkey in 2001.

"In the past, we barely sold Deli Yurek to Kazakhstan for $30 per episode but this time for Muhtesem Yuzyil, we got over $200,000 per episode. This development is really exceptional," Tuncturk said.

He also said Turkish films were increasingly bagging prestigious awards at international festivals. For example, "Kalandar Sogugu" was awarded the best film award in the "Kaleideskop" section of the Hamburg Film Festival.

According to FIYAB, the government granted 30 million Turkish liras (about $8.8 million) for 200 film-related projects in the country in 2016, which is expected to reach twice that amount next year.