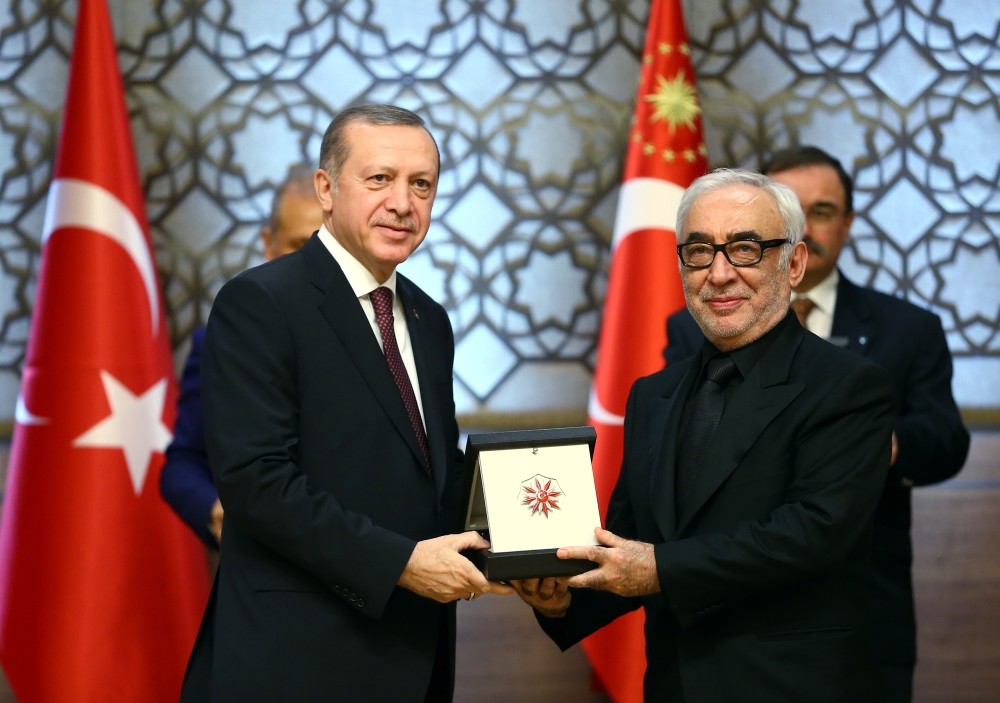 The Annual Presidency Art and Culture Grand Awards were presented during a ceremony held at the Presidential Palace in Ankara yesterday. The awards were announced to the public on Republic Day, Oct. 29. The awards are given to Turkish and foreign individuals or institutions that contribute to the Turkish culture and arts scene, perform with excellence in these fields and work to boost Turkey's place in culture and arts circles around the globe with their unique services or works within the scope of the "Presidential Culture and Arts Grand Awards Regulations." 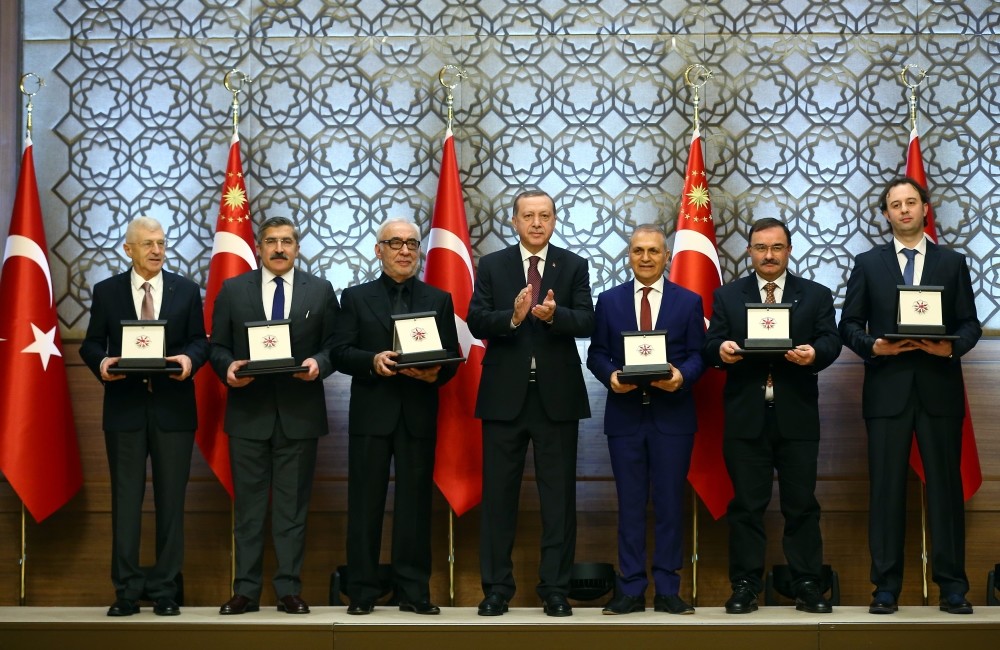 In his speech, President Erdoğan urged Turkish people to embrace and protect cultural values. "It is impossible for a country to be and continue to be fully independent without showing any development in the fields of culture and arts. As a nation, we inherited an incredible history, culture and civilization. We know for a fact that if a country has no stable economy, military or political power, it has a hard time producing, developing and spreading its culture and arts. Culture and arts are two concepts that feed off of each other. We have to admit that as a country, we have failed to comprehend the importance of arts and culture enough. We have a long way ahead of us not only in terms of training new cultural and artistic values but also enabling their global recognition by large masses," Erdoğan said, adding that he wishes these awards pave the way to the recognition of Turkey's cultural values first among the people of Turkey then people around the world.

President Erdoğan further stressed that culture, arts and science have to save themselves from the crisis that they are experiencing and continued: "I believe that the times that Turkey will headline with its culture, arts and science around the world and the times that we will impress the world with our advancements in these fields are very close. We can only produce permanent works by blending culture and arts with knowledge and wisdom. However, to achieve this dream we need intellectuals who do not look down on and despise people, but intellectuals who have independent minds and embrace their own history and nation. Like all other crises that our nation has gone through, culture, arts and science in Turkey can only topple this crisis in this way."

"There is no doubt that the true place of the artists and academics who are receiving these awards today are in the hearts and recollections of the Turkish nation. The awards that we are presenting are just the official recognition of their value. The contributions of people of culture, arts and science to this country are no less than the contributions people make to Turkey's security, economy, health, sports and other fields." 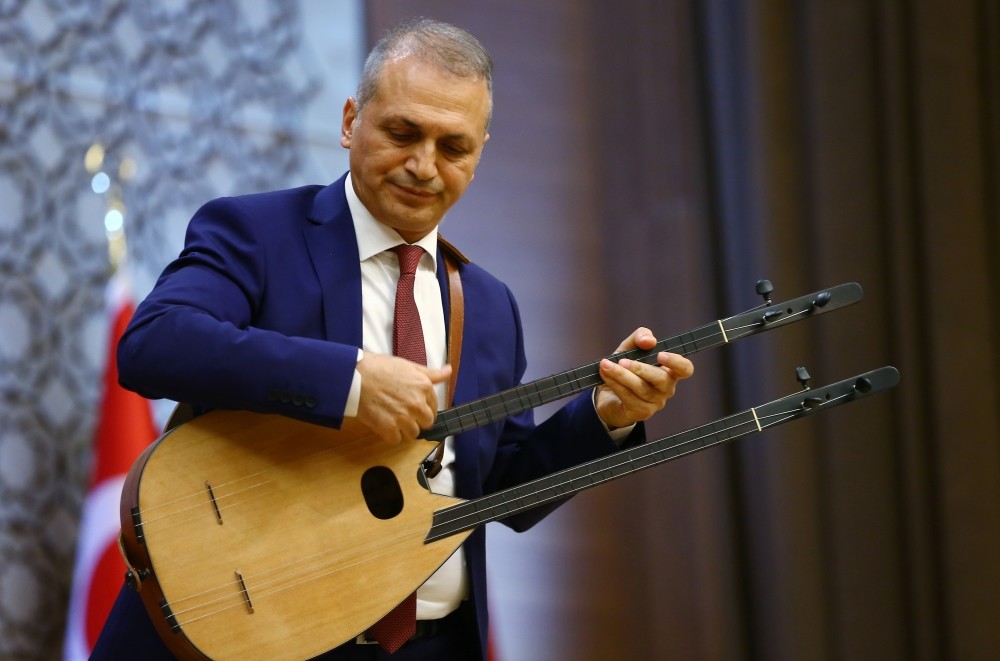 Following his speech, President Erdoğan presented the awards to the winners.

One of the winners of the Presidential Culture and Arts Grand Awards in 2016 was Mustafa Kutlu, who wrote about Anatolian people by looking at their similar problems with different reflections and their influence on different lives with a strong critique of the modern era. In his works, he constantly called on Anatolia to move further fearlessly and tirelessly, defended our history and values over alienation, while looking at the city from the perspective of a countryman and established strong bridges with people. On behalf of Kutlu, who couldn't attend the event because of his health issues, his son Murat Kutlu attended the ceremony and read a letter that his father wrote.

Professor Kemal Haşim Karpat, who pioneered in historiography and social analysis for his scientific research, shedding light on various issues, won the Presidential Culture and Arts Grand Awards for his contributions to social sciences in Turkey. Known as an esteemed social scientist and historian on an international level, Karpat's works have been published in different languages. Karpat is specifically known for works that he developed by looking at the history of the modernization period from the perspective of people or society rather than the perspective of the state. He is also known for work in which he brought something new methodologically by analyzing the way the history of the Ottoman Empire is divided into different periods by using land management as a base. On behalf of Professor Karpat, who couldn't attend the event because of his health issues, his assistant, Professor Hakan Kırımlı, and another of his assistants attended the ceremony and received the award from President Erdoğan.

Representing the "bağlama" tradition in the modern era by systematizing şelpe (finger playing) technique, Professor Erol Parlak conveys the soul and cultural richness of Anatolia to the world with his instrument using various techniques. He is still discovering the limits of music with new developments without breaking with traditions. He also contributes to music literature with his strong academic works. Parlak gave a small concert during the award ceremony.

Bringing in unforgettable characters and lines to the Turkish cinema with his unique talent and distinct performances, Şener Şen won the Presidential Culture and Arts Grand Awards for his contributions to Turkish cinema. Şen has proved to be successful in reflecting people and their problems with a subtle artistic tone and has always been appreciated as he didn't attach importance to the significance of a role and took both small roles and leading roles by doing what is necessary for his job. He dedicated his award to social peace.

Feridun Özgören won the Presidential Culture and Arts Grand Awards thanks to his numerous successes in the arts, including sustaining traditional marbling art today, especially in the Western world with his unique rendering. He also brings Americans together with traditional Ottoman and Turkish music in the "Cambridge Society for Classical Turkish Music," which he founded in Boston. Özgören produces traditional Turkish music instruments, which he fully masters, and teaches how to produce these instruments based on a master-apprentice relationship. Bringing "çeng sazı" to Turkish music again, which is a type of harp that was a popular Ottoman instrument back in the 17th century, Özgören also sustains many other old and traditional Turkish arts today, including traditional marbling art. The award was presented to Hüseyin Yayvan, the Deputy Minister of Culture and Tourism, on behalf of Özgören.

Professor Ahmet Süheyl Ünver, who passed away in 1986, brought numerous works to Turkish culture with constant determination and belief for the continuation of Turkish culture in these fruitful lands. Ünver reflected Sufi understanding in his erudite poems, illuminated manuscripts (tezhip), watercolor paintings and his scientific and artistic works, which he introduced to both Turkish people and the world. Professor Ahmet Hüner Sayar shared pieces from Ünver's life with the audience.
Last Update: February 02, 2020 14:15