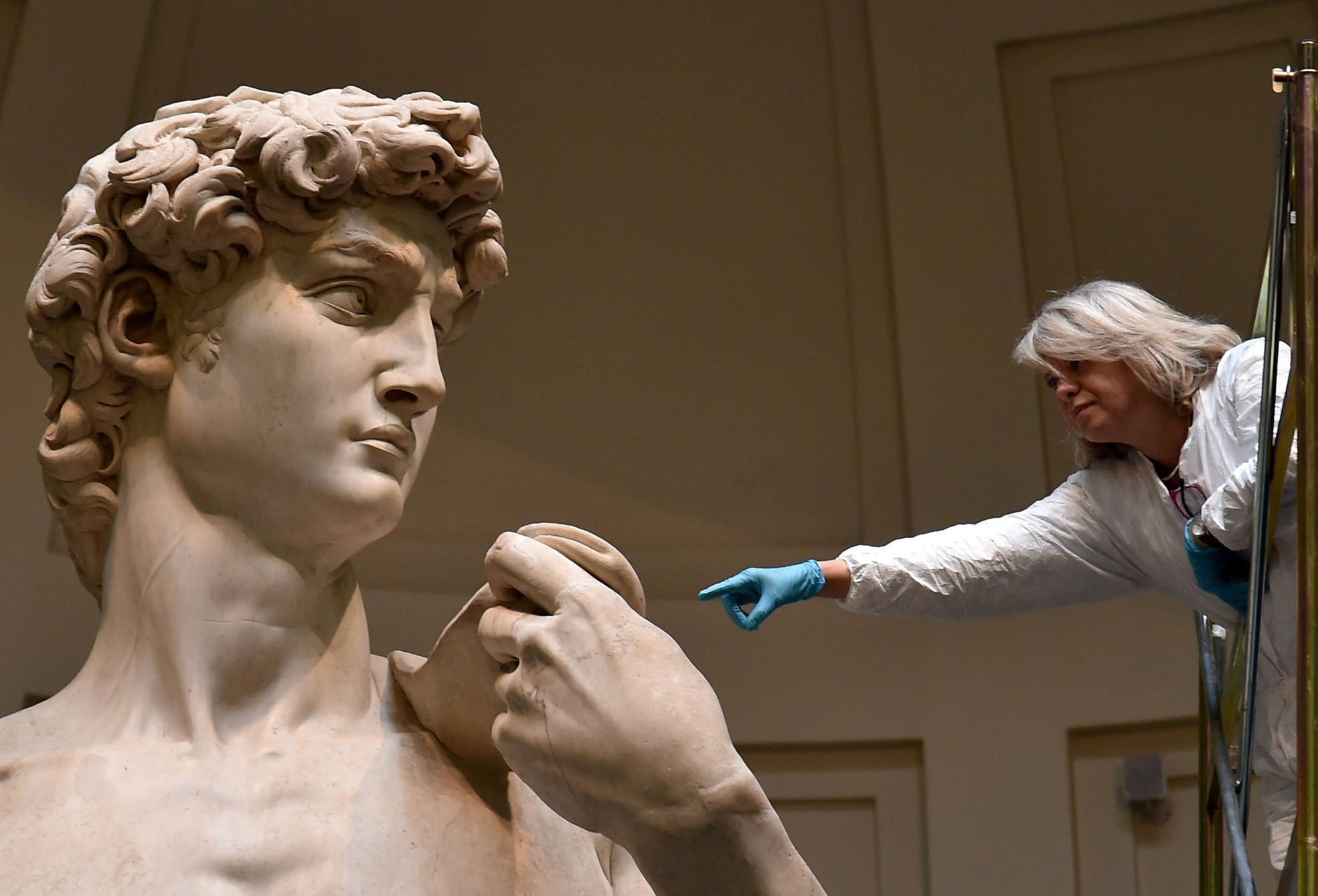 by Daily Sabah Jan 09, 2017 12:00 am
Experts in Italy are planning to build a seismic resistance museum for the artistic and cultural treasures of Florence following the earthquake that shook the country last year and caused the death of nearly 300 people as well as the destruction of many cultural values including the 14th century St. Benedict Basilica in Norcia.

According to an article published in the Art Newspaper, the debate over the "weak ankles" of Michelangelo's "David," which is currently located at Galleria Dell'Accademia in Florence, surfaced once again following last year's earthquake disaster. In 2014, geoscientists from Italy's National Research Council raised the alarm that the five-ton statue shows micro-fractures in its lower legs and risks toppling under its own weight. In order to preserve Florence's treasures, which attract millions of visitors from all corners of the world every year, the architects and art historians of the city are working on establishing a new museum that will resist huge earthquakes.

Furthermore, the Opera di Santa Maria del Fiore, the 700-year-old organization in charge of the Duomo in Florence and its surrounding monuments, will carry out the first comprehensive analysis of the building, including its foundations, construction materials and seismic stability. The study, which is planned to be finalized towards the end of 2017, will map cracks in the 85-meter-high structure and survey the land on which it stands in the heart of Florence's historic center.