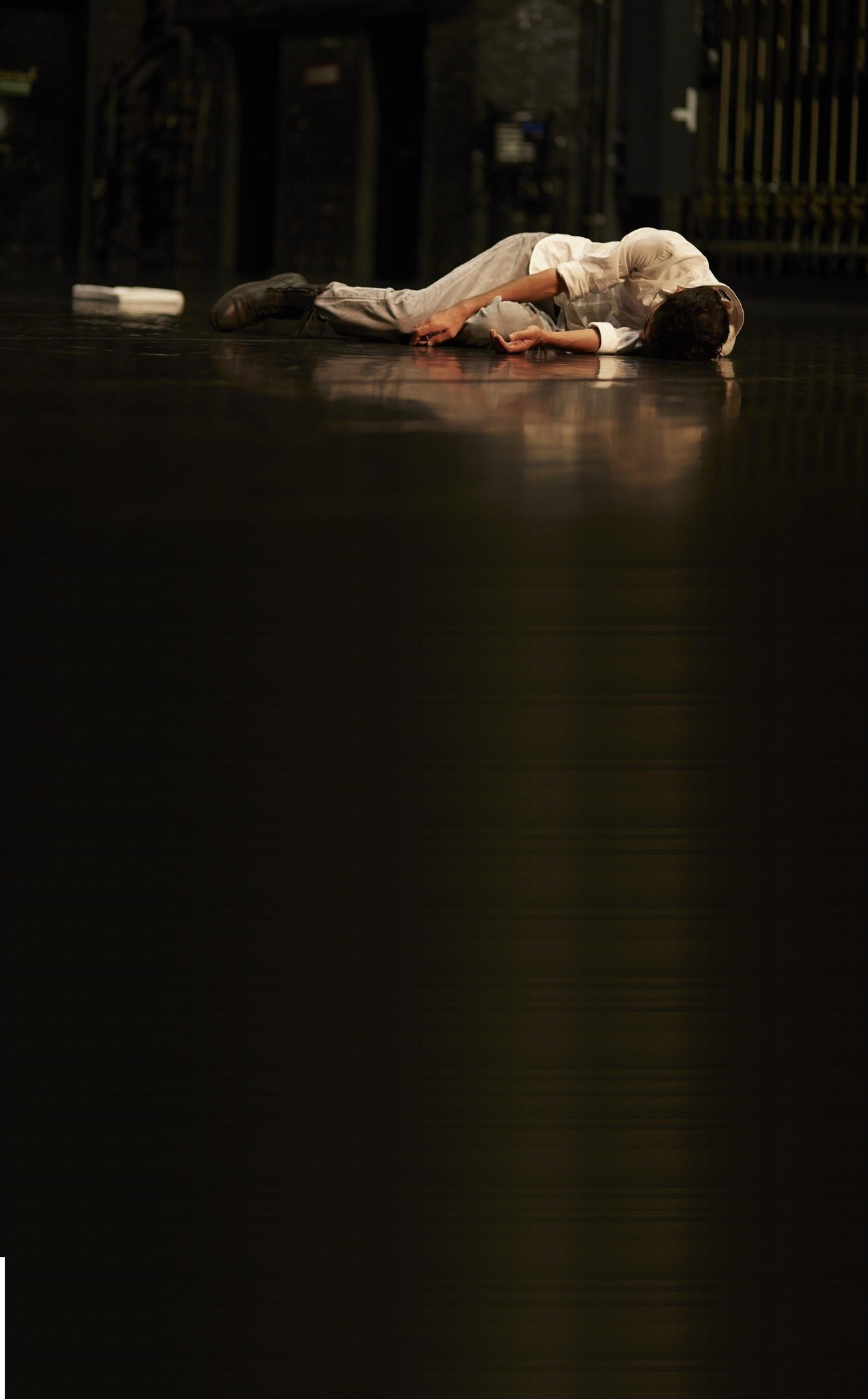 Syrian choreographer and dancer Mithkal Al Saghir is one of the many Syrians displaced due to the ongoing Civil War. He had to flee from his homeland and seek refuge in another country in order to live and perform his art.

Al Saghir took refuge in France and draws attention to the identity crisis that the refugees are going through via his latest dance performance titled "Displacement." Speaking to an Anadolu Agency (AA) correspondent, the Syrian artist commented on the loss of art in Syria and the identity crisis that haunts people who were forced to leave their countries to stay alive.

Stressing that the civil war in Syria caused massive destruction of social identity, Al Saghir said: "I try to deliver a performance that is a legacy of our culture that was shaped by occupation and war. We grew up with the ideology of dictatorship. We had obligatory military training in school. The traces of an ancient culture have been erased because of war and people who had to leave their country. However, people whose culture has been destroyed are building a very solid culture identity once again."

Al Saghir claimed that people forced into exile by the Assad regime are opening new horizons in the countries where they have taken refuge. "The realities forced upon us by the dictatorship system helped me to question my cultural heritage and identity. I thought about the elements that redesigned our identities shaped by forced displacements. While our current situation made us build our lives in new lands, it also enabled us to build new cultural and social identities."

Al Saghir said he continues to perform his art despite the tough conditions as a Syrian refugee. He said he is trying his best to protect his identity as an artist and overcome the difficulties. "I try to show my reaction through my art as I believe this is more meaningful," he added.

"An artist can build his or her performance on abstract themes or on the concrete realities that people are currently experiencing. As an artist who comes from Syria, the tragedy that is currently taking place in my country is one of the main sources of my art. However, I have to be careful about people's feelings as I shape my performance."

Al Saghir had to apply to the French government as a refugee to be able to continue his academic studies. If his application had been turned down, he would have been called for his obligatory military duty by the Assad regime to fight for a government that he does not believe in. "To escape from being involved a war that I am strongly against, I had to take refuge in France. I only want to fight for my art and my performance," Al Saghir added.

He offered further insights into his dance performance. His project "Displacement" was inspired by his personal experiences and the tragedy that is taking place in Syria. The part where Al Saghir dances solo emphasizes the importance of being an individual. "We need to first study the effects of the civil war in Syria on individuals instead of on Arab society and other refugees," said Al Saghir.

In the second part of "Displacement" where Al Saghir dances with two other dancers, the Syrian artist touches upon the mass effects of displacement. "I want to focus on the effects of displacement on society, which Syrian people have to endure many times. With a group dance, I am drawing attention to the experiences of refugees who are migrating in masses. In a way, dancing is a way for me to scream the truth."

In his performance, Al Saghir uses a lot of hand gestures. "When people start to talk, they tend to use a lot of hand gestures to emphasize the points that they want to highlight. I connect with the audience via gestures, eye contact or use a face to face connection. Through my performance, I want to show my bond with my own culture as well as the universal elements that every culture has. The message I want to deliver with my dance is 'we are all the same after all.' Everybody might suffer one day and react with the same emotions once he or she experiences the same tragedies," Al Saghir concluded.
RELATED TOPICS