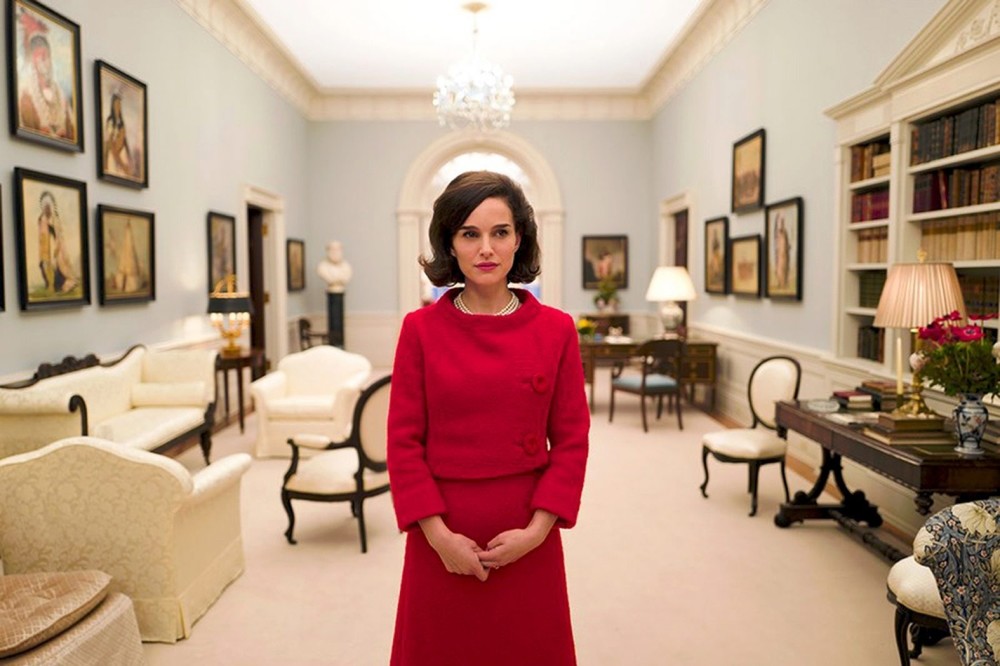 by daily sabah Jan 10, 2017 12:00 am
"Jackie," in which Natalie Portman shines as the world-renowned first lady Jacqueline Kennedy, is set to be screened at galas organized by the Istanbul Foundation for Culture and Arts (İKSV).

"Jackie" follows the life of Jacqueline Kennedy, the wife of the 35th U.S. President John Fitzgerald Kennedy, right before and after his assassination.

Focusing on Jacqueline Kennedy's conflict between her role as a "first lady" and a "wife" along with the tragedy she experienced, the day that changed her life forever and her sacrifices, "Jackie" will come together with Turkish viewers for the first time at Nişantaşı's Cinemaximum City on Jan. 11 at 9:30 p.m. as part of the IKSV Galas.

U.S. President John F. Kennedy's assassination in 1963 was one of the biggest events that both deeply hurt American society and shaped a whole generation.

"Jackie" is loosely based on an interview Jacqueline Kennedy gave to LIFE magazine one week after the assassination, and depicts the destruction through the day of the assassination, funeral preparations and the relations with the family members.

Praised by both critics and viewers with her portrayal of the iconic First Lady, Natalie Portman is accompanied by Peter Skarsgaard as the president's brother Robert Kennedy and Great Gerwig as the first lady's assistant Nancy Tuckerman.

Following its world premiere at the Venice Film Festival, "Jackie" was also screened at the Toronto Film Festival in September.

The film won a Golden Osella award for "Best Screenplay" at the Venice Film Festival and a Platform Prize in Toronto.

Produced by accomplished film director Darren Aronofsky, renowned for "Requiem for a Dream," "Black Swan" and "Noah," the film's leading actress Natalie Portman is one of the Oscar favorites this year. She has already been nominated for a Golden Globe Award for "Best Actress."

Director Pablo Larrain, who won a Golden Tulip at the Istanbul Film Festival's International Competition section with "Tony Manero" in 2009, was also nominated for an Academy Award with "No" in 2012, which focuses on the history of his home country Chile.

Criticizing the Pinochet coup in "Post Mortem" and depicting a group of priests in "The Club / El Club," the director's recent film "Neruda," focusing on famous Chilean poet Pablo Neruda, debuted in the U.S. just two weeks after "Jackie."

"Jackie," which will debut in Turkey at İKSV Galas one month after its U.S. release, will be screened in Turkish theaters on Jan. 20.
RELATED TOPICS