Photography pushes its own limits in new exhibition 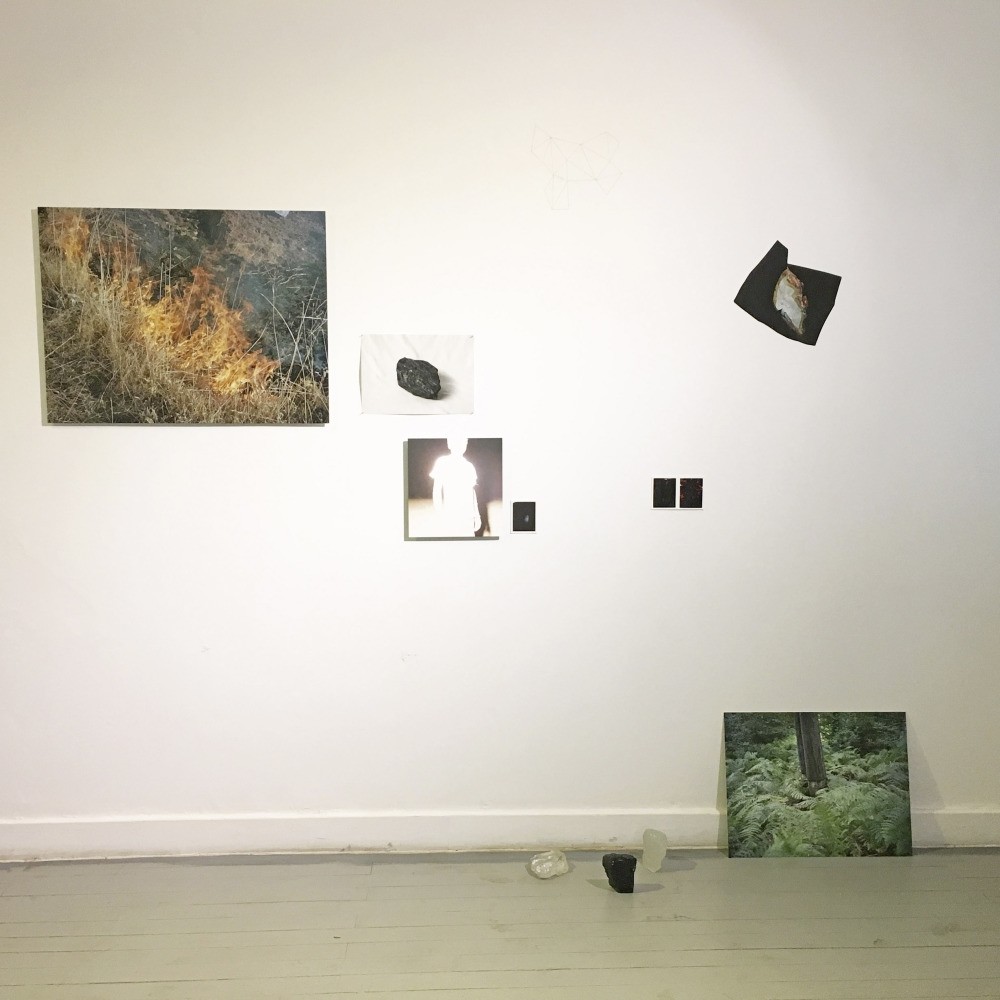 Opened last week at Alan Istanbul, the collective photo exhibition titled ‘NEW PHOTOGRAPHY II' displays works of various photographers with varying focus points. An artist participating in the exhibition, Cihad Caner spoke with Daily Sabah about his work, the limits and the possibilities in the art of photography

Organized for the second time this year, the contemporary-art exhibition series "NEW PHOTOGRAPHY II" centers around some basic questions such as: "What is photography?" "What are its limits, if there are any?" "How do artists deal or communicate with today's world via photography?" "What are the new possible ways of storytelling?" and "How can photographers play with photographs while using other media?" 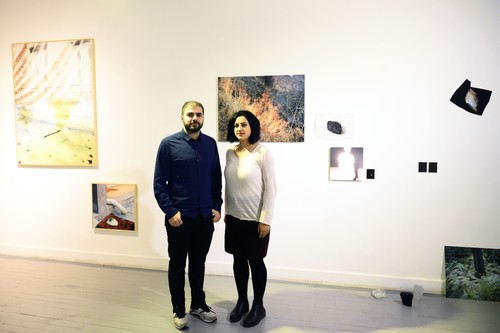 Some photographers only work with analogue and rely on the uniqueness of each roll of film, while for others a photo frame is a limitless-digital material with endless possibilities. On the other hand, found photographs are a way of revealing new creations in different contexts, and photography as a means can collaborate with other disciplines making hardly noticeable, leading to further debates about the future of this art form.

Despite the differences in their styles and methods, all these artists are aware of the time we live in and their works are highly time specific in a way to respond to today's important issues. In order to discuss the displayed works in the aforementioned contexts, this exhibition has been prepared under the four main titles of: "Modern Society Critique," "New Documentary," "Analogue Experiences in the Digital Age" and "Genre Breaking."

Photo-artist Cihad Caner, who is exhibiting his work titled "Root" at the exhibition, spoke to Daily Sabah on the art of photography and his work on display.

Born in 1990, Caner is an artist living and working in Rotterdam and Istanbul, working mostly with photography, video, computer-generated imagery (CGI) and sculpture. In his recent works, he focuses on the subjects of image culture, utilization of everyday objects in different circumstances; war, resistance and immigration. For Caner, the digital image is not as short lived as one might think when compared to traditional photography, which is depicted on paper. The digital image is placed in a circulatory system of desire and exchange relying on a very specific economic regime. Therefore, he creates visuals by pushing the boundaries of photography and video beyond their traditional form through a personal interpretation of how humanity can view its ever-evolving environment. His works have recently been exhibited at V2_Unstable Media, AMNUA Museum, National Gallery of Iceland, Mother Gallery London, Bohai Galerie and EYE Film Museum. Caner graduated from the Piet Zwart Institute Master program on Media Design and Communication in Rotterdam in 2016.

DAILY SABAH: Can you tell us about the starting point and the creation process of your work "Root" which is part of the collective exhibition? 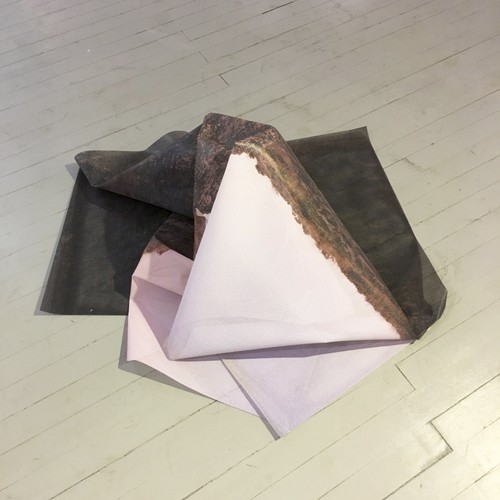 CİHAD CANER: The starting point of my project was curiosity about my origin. How did my family end up in Istanbul? Where is my family from? However, I also believed that if I wanted to understand myself, I needed to start from the beginning. Then I started to travel with my old-timer medium format camera to Malatya, where my family is from. I intentionally used a film camera in order to slow myself down because I wanted to feel and experience everything that I encountered in the province. With a digital camera, one records everything without thinking but with a medium-format film camera one can only shoot 12 photographs, which is quite limited compared to digital cameras. This choice helped me a lot in order to observe the environment and people of Malatya. However, classic photography was not enough to show my experiences and my discoveries about my origin. I started to collect objects like stones and minerals during my trips. I have reproduced the stones and minerals with different materials such as resin, rubber and 3D mapping. The project has two parts; one part contains a site-specific installation, where visitors can experience the environment, a darkened room full of soil on the ground and a light box on the wall. The second part contains reproduced objects with different materials and prints on aluminum and vinyl. These objects hold a powerful force of attraction: A moment of uncertainty between what is forged by me and by what exists naturally. The "Root" turned into a starting point in understanding non-human language which is used to build up the non-hierarchical relationship with non-human (objects, animals, nature and ecology) in the world we live. 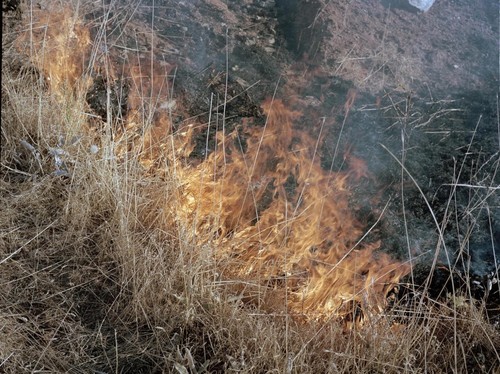 DAILY SABAH: What do the minerals represent in your work?

CANER: After making several trips to Malatya and taking rolls and rolls of photographs, I felt something was missing in the project. I realized that most people moved to cities to earn money and survive in the 1940s. They left their homes and lands behind which had been their source of livelihood. It was that moment that I decided to investigate my origin based on the natural objects from my village and to extend the idea of origin beyond just human ancestors. They were shaped by nature, and they had shaped it. They had a relationship with all the objects around them. I wanted to trace this story out with the objects and the environment.

DAILY SABAH: What does the large photo print that you shaped like a mountain on the ground symbolize?

For me photography has lots of limits when you exhibit it in a photo frame. In my art I always try push the limits of the medium that I am dealing with into a more sculpture based form, like with photography or video. In this specific sculpture, I did the same. It is a photograph of the mountain close to my village. My ancestors were using this mountain to get stones for building their houses. I took the idea of producing something out of this mountain and that is why I wanted to display this photograph printed on vinyl in its shape.

DAILY SABAH: Where does your work stand in terms of limits, dimensions and within the art of photography?

My work is interdisciplinary. For example, in my recent project I focused on the images of war and migration that are mainly based on the images circulating in mainstream and social media. "Abstract Violence" investigates the image of modern war and migration from its origin, destroyed Syrian cities and from leftover objects. I tried to question the impossibility of representing violent images and how we interpret them within today's image culture. The project uses real footage that was shot by me in Syria during the recent war. I tried to produce an abstract space with 3D scan-rendered objects that I collected from ruined houses to emphasize how these events become virtual and make us insensitive. I used two-sided video projection as well as transparent sculptures placed under the screen in order to produce different realities.
RELATED TOPICS