by Anadolu Agency Jan 11, 2017 12:00 am
Photographer Ara Güler and cinematographer Jürgen Jürges will receive an "Honorary Award" at the 22nd Turkey-Germany Film Festival, which is set to take place between March 4 and March 11. The festival committee released a statement and listed the reasons for presenting the two veteran artists the honorary award. 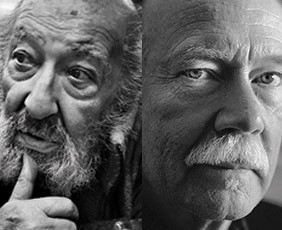 Güler has helped define Turkey's approach to global art since the 50s. As the statement put it: "With his work focusing on the individual, Güler has always managed to introduce people from various countries and cultures to his audience in Turkey. Thanks to his original perspective, he deeply influenced filmmakers' international and intercultural perspectives. Güler is the embodiment of visual aesthetics, cultural bridges, humanism and originality. We owe much of the visual intensity in cinema to the school of Ara Güler."

The statement also underlined that Jürges will be presented an award for his cinematic consistency and his contribution to the Turkish cinema. "Jürges has always been known for the quality of the image, light, place and perspective he uses in his films. His command over his art has assisted many of the directors he has worked with so far. The veteran filmmaker also played an important role carrying German cinema to an international platform. The term "Made in Germany," which is used frequently in Turkish cinema, was introduced by Jürges. The artist, who aimed for the best visual imagery by using the highest definition camera out in the market, contributed to both Turkish and German cinema."
RELATED TOPICS