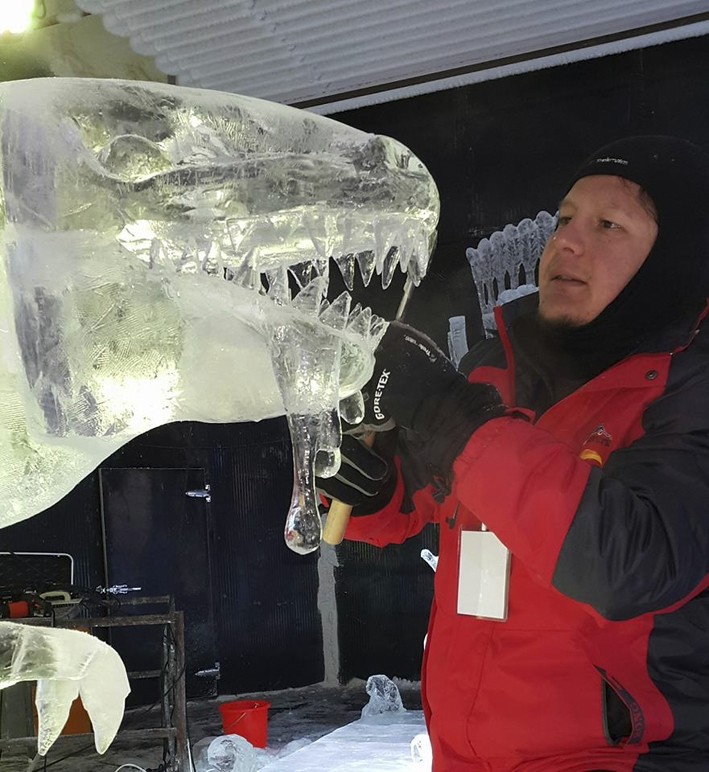 Sculptor Ceyhun Konak represents Turkey in entertainment fairs and venues around the world with his marvellous works carved out of ice. He will perform in Russia, France and the United States soon

Ceyhun Konak, the vice principal at Kocaeli University's Vocational School, who has been under the spotlight thanks to the ice sculptures he builds all over the world, will be attending new organizations in France, the U.S. and Russia this month.

Sculptor Konak spoke to an Anadolu Agency (AA) correspondent and said he continues to represent Turkey at international sculpture symposiums.

Konak's first encounter with ice sculptures took place in 2015 when he was invited to an ice sculpting event in China. After his first event, Konak began to participate in various ice sculpting events around the world. The Turkish sculptor has represented his country in numerous national and international organizations. Last year, he attended sculpting symposiums in China, France and Canada and had the privilege to display his work in three different continents in the same month. 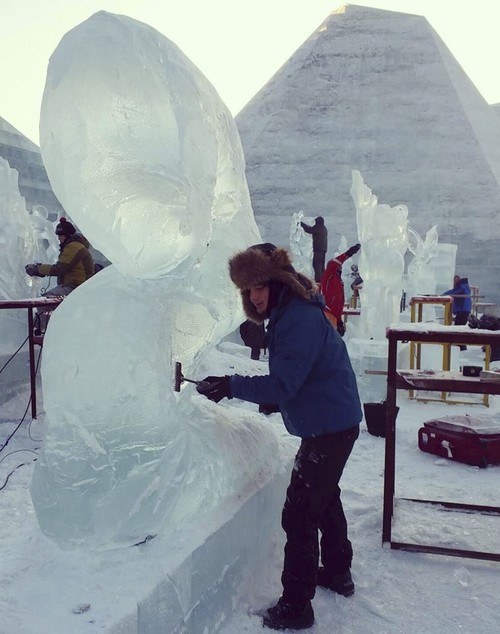 Turkish sculptor Ceyhun Konak has represented his country in numerous national and international events. Last year, he attended sculpting symposiums in China, France and Canada and had the privilege to display his work in three different continents in the same month.

Konak wants to accomplish the same goal in 2017 with his trips to Russia, France and the U.S. in January. "I am a sculptor, hence I had the chance to work with different materials at the international events that I attended. Ice and snow are among the materials that I love to work with since they give you the opportunity to demonstrate your creativity," he said, adding that the events he is planning to attend later this month will take place in a minus 5 degrees Celsius environment and the number of similar organizations around the world is rising.

Konak further informed that sculptures made of snow and ice offer a visual feast to people and it takes almost a week to complete a sculpture from ice. "If the sculptures are not exposed to direct sunlight and the temperature stays under 0 degrees Celsius, they can be showcased for up to three months. The symposium I attended in China was indoors and the organizers displayed the sculptures for three months for an entrance fee. Ice is frozen water and a transparent material. The first step is to create ice blocks. Once you gather the ice blocks, the sculptors begin carving. It is possible to create finely detailed artworks by adding detailed carvings on the outside of the sculptures. The transparency feature of the ice also allows you to apply different effects."

Konak is the only Turkish artist attending the ice and snow sculpting symposiums in France, Russia and the U.S. The theme of these three organizations is ecology. Moreover, Konak will collaborate with a Norwegian artist at the event in Russia and create a joint sculpture.

Having graduated from Mimar Sinan Fine Arts University in Istanbul, Konak has been making sculptures for the last 17 years. He won "The Best Sculpture" award at one of the wooden sculpting symposiums that he attended in Czechia and the "Best Experimental Short Film" award at the 14th Adana International Golden Boll Film Festival for his film "Erek," which he shot using the stop-motion technique by combining the art of sculpture and cinema.
Last Update: Jan 12, 2017 1:19 am
RELATED TOPICS