History of institution that dresses a nation on display 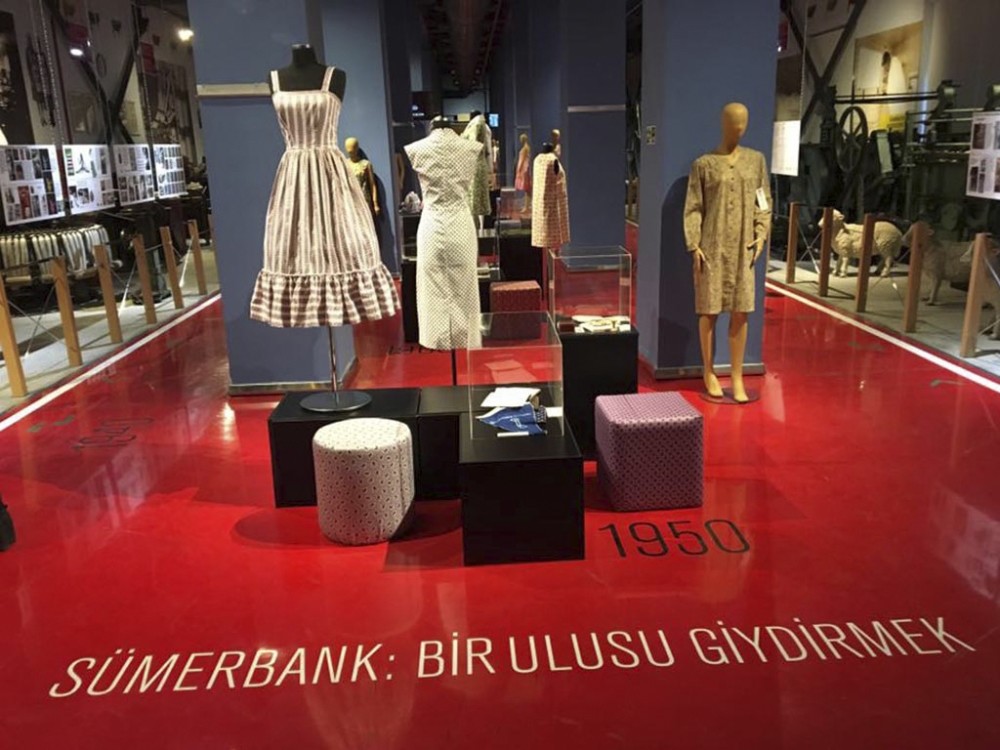 Founded to enable the low-income population to access decent clothing for cheaper prices in the early decades of the Republic, Sümerbank is known from generation to generation in Turkey. Sümerbank's patterns and textile designs are now on display in Bursa at a specially designed museum

An exhibition titled "Dressing a Nation: Sümerbank Designs between 1956-2000" curated by the İzmir Economy University Fine Arts and Design Faculty, Fashion and Textile Department has opened its doors in the district of Bursa.

Sümerbank was an industrial holding company established in 1933 and was originally owned by the Turkish state. It was originally founded in order to fund the construction of textile factories and the development of the textile industry in Turkey. Sümerbank's textile plants produced the highest quality textiles in Turkey in the early decades of the republic for relatively cheap prices. Thus, generations had the opportunity to have access to decent clothes. Sümerbank's textile and designs are familiar to the entire population, and defined the fashion of a whole nation for decades.

Deputy Metropolitan Mayor Abdülkadir Karlık noted in his speech at the opening of the exhibition at the Merinos Textile Industry Museum that museums are the meeting points of the past and the future and shine a light on every area of life. 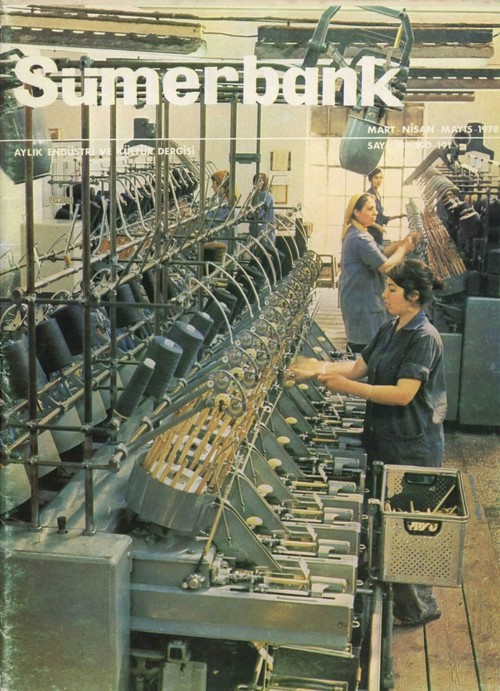 Sümerbank's textile and designs are familiar to the entire population, and defined the fashion of a whole nation for decades. The history of Sümerbank, including events in Turkey, changes in fashion and its effects on the country are presented in the exhibition. The exhibition includes fabric produced from 1956 to 2000 and clothing made out of this fabric belonging to that era by using different techniques.

Explaining that Bursa is the museum capital of Turkey, Karlık said: "Sümerbank Merinos Wool Industry enterprise, which contributed greatly to the Turkish economy, is not turned into the Merinos Complex. Since the day the Merinos Textile Industry Museum was opened, it has been sharing traditional textile works and exhibitions with the residents of Bursa." Karlık further noted that the fact the exhibition is to be displayed at a museum that is connected to Sümerbank is especially important and congratulated those who have worked on it.

The exhibition includes fabric produced from 1956 to 2000 and clothing made out of this fabric belonging to that era by using different techniques. One of the project curators, Professor Elvan Özkavruk Adanır, noted that Sümerbank's archive was acquired by the university in 2006 and there are approximately 200,000 fabrics in 7,000 albums in the archives.

Adanır said the fabrics had been brought from İzmir Halkapınar Printing Enterprise and 6,600 fabrics in the project prepared in 2015 have been transferred to digital media and can be accessed at www.tudita.com.

The exhibition has been curated with Assistant Professor Dilek Himam Er and academic Jörn Fröhlich along with Adanır. Adanır also noted that the history of Sümerbank from 1933 to 2000, including events in Turkey, changes in fashion and its effects on the country are presented in the exhibition. "They dressed the nation at the time. Everyone has a memory of this brand. Residents of İzmir who heard about the project brought many objects from their chests belonging to Sümerbank. I hope it becomes a permanent museum and continues to shine a light on Turkish textiles history," said Adanır.

The curator of the Merinos Textile Industry Museum, Professor Ayten Sürür, said Sümerbank's products had an important place in the life of a nation and an archive is a crucial part of textile history, for many it is like a documentary.

The 100-piece exhibition consisting of digital scans of products and materials of İzmir Halkapınar Printing Enterprise belonging to Sümerbank can be visited until March 5.
RELATED TOPICS