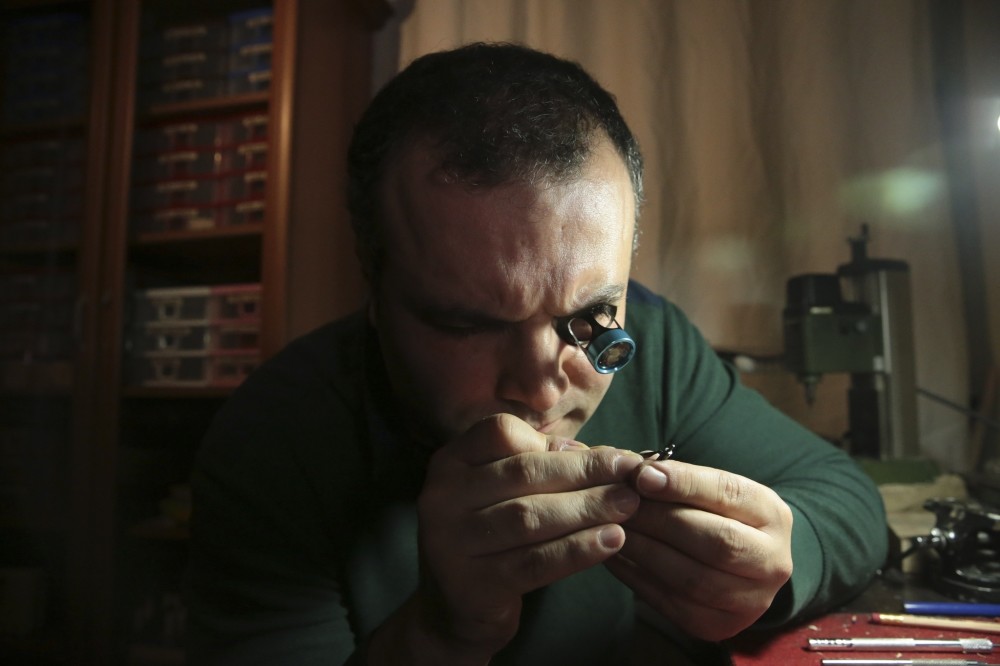 An employee at an automobile factory in Kocaeli, Hüseyin Sarı has been engaged in the hobby for the last four years. Inspired by a Hungarian artist, Sarı creates micro figurines carved on tips of pencils

For a production-line employee in an automobile factory in the Turkish province of Kocaeli, making carvings from pencils has been a source of inspiration for the past four years.

Spending his free time away from work at a workshop built in his house, Hüseyin Sarı has created more than 150 figurines on the tips of pencils, including those of Atatürk, the Eiffel Tower, "Mona Lisa" and Charlie Chaplin. First, he created simple carvings but then he moved onto more complex work, such as that he calls "Chain Brothers," after realizing that he was meant to do more.

Speaking to Anadolu Agency (AA), Sarı noted that he doesn't have any commercial expectations of his hobby. One of the very few people to pursue this type of art, he uses various cutting tools such as scalpels and diamond-made special tips for carving into wooden writing pencils. He states that he started carving pencils after being inspired by a Hungarian artist he saw online. He learned the art on his own, first creating simple objects like cups, glasses and birds in cages, saying: "These [objects] were the result of hard work and a lot of time. For example, I made chainrings. Then, I carved important and famous names such as Atatürk and Charlie Chaplin onto those rings. Now, I'm working with 0.5 and 0.7 millimeter (mm) tips. I carve works that I've seen and admire, along with famous faces," says Sarı. 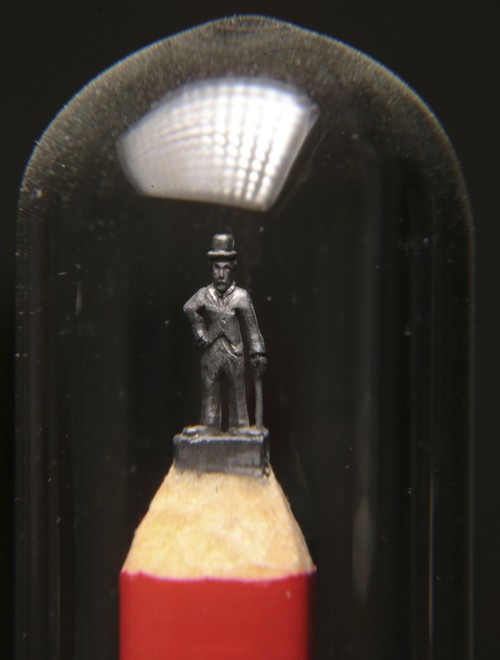 Noting that the time it takes to create something depends on the level of difficulty of the figure, Sarı reveals that while some of his creations take only a few hours, some works include intricate details and take up to seven or eight months to complete. He emphasizes the delicate nature of wooden pencils, adding that his work "Chain Brothers," which consists of two pencils entwined with each other, took him seven months to finish. While what he does requires a lot of patience, Sarı says, "You cannot give up. It's like trying to knock down a wall by banging your head on it. You have to give up on fun and entertainment and devote yourself to your craft. Only then can you create such work."

If he is to depict a foreign structure, he first analyzes photographs of it before beginning work. He carves figures that he knows well without referring to such photographs, saying: "First, I carve the wood. Then, I add details with very thin, pointed tools and needles. When you use 0.5 mm points the details are very hard to see with the naked eye. You have to hold your breath. It takes a lot of time, is hard on the eyes and causes dry eye."

Sarı says that his new dream is to carve the Eiffel Tower on a strand of hair. Having already displayed his art at three different exhibitions in Istanbul, he says, "Becoming a world-renowned person is every artist's dream. So it's also my dream and objective. I would like to devote all my time to this work in the future."
RELATED TOPICS