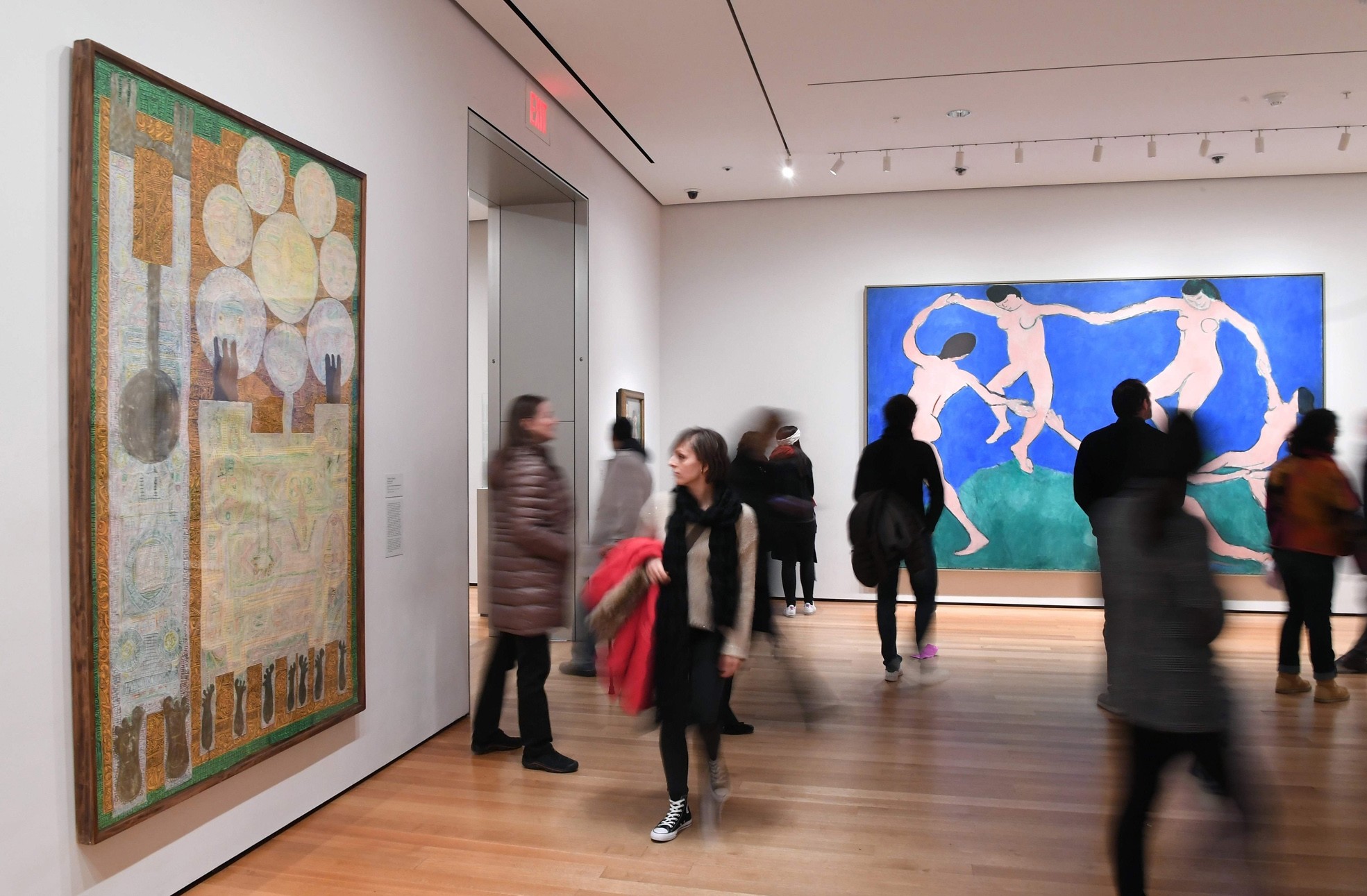 Visitors look at artwork by Iranian painter and sculptor Charles Hossein Zenderoudi on Friday at the Museum of Modern Art in New York.
by Feb 06, 2017 12:00 am
A famed New York art museum, the Museum of Modern Art (MoMA), has joined the throng of protests against U.S. President Donald Trump's travel ban by replacing Western art with pieces by Iranian, Iraqi and Sudanese artists.

Syrian refugees have been banned indefinitely.

The museum switched the artworks late Thursday in its fifth-floor galleries, which ordinarily are devoted to Western modernism before 1945. The changes were reported by The New York Times and confirmed by the museum.

The museum also placed a large sculpture of aluminum and steel by Siah Armajani, a U.S. artist who was born in Iran, in a lobby courtyard.

The museum has scheduled screenings of films from people subject to the ban, including the Iraqi-born German director Kais al-Zubaidi and Oussama Mohammad, a Syrian filmmaker living in France.

Founded in 1929, the museum is one of the world's premier modern art museums.

A gateway for immigrants into America for centuries, New York has staged multiple protests since the travel ban came into effect last Friday.

Hollywood actor-turned-activist Shia LaBeouf has collaborated with two artists on a live-stream protest outside New York's Museum of the Moving Image, which he vows will continue for the duration of Trump's time in office.
Last Update: Feb 06, 2017 1:25 am
RELATED TOPICS