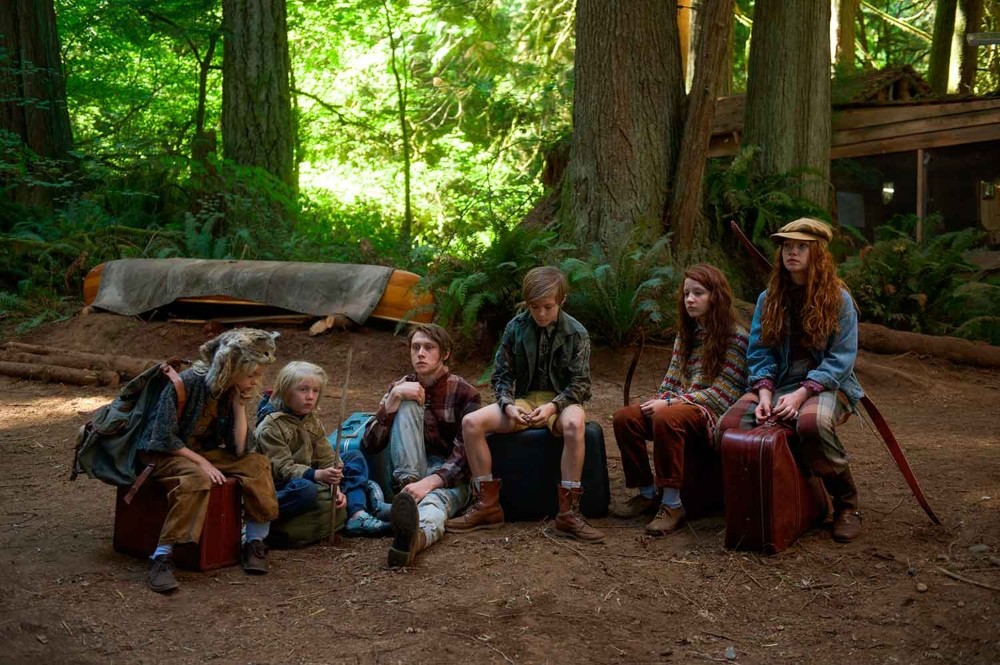 Director Matt Ross's 2016 film ‘Captain Fantastic' comes with a title as American as apple pie, and is indeed populated with characters that seem to have super powers. Beautifully filmed with a cast of almost preternaturally beautiful children, Captain Fantastic suggests interesting ways to raise children

Viggo Mortensen became a "household name" in the 2000s with his appearance in theLord of the Rings Trilogy.Since then, he has appeared in smaller films . Seeing his name on a cast always means that, though the short description you have read about the film may be conventional enough, there will definitely be a twist in the story line somewhere. Mortensen has perfected the "man with a history" look through his career, as the characteristic lines on his face grew deeper and his cheekbones got sharper with age. 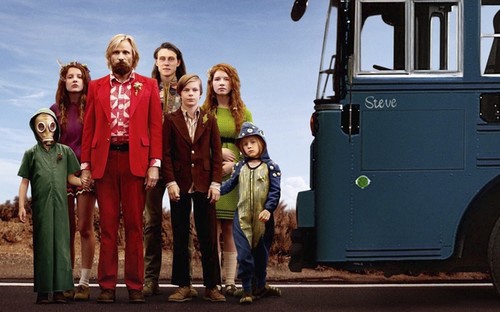 Mortersen's latest film "Captain Fantastic" won him an Oscar nomination. In my mind, his performances in "Eastern Promises" and "Far From Men" were much more moving, but alas, those stories were not "American enough." "History of Violence" was set in the U.S. but, as the name suggests, there was too much random violence, and it was not nearly as heartwarming and beautifully filmed as "Captain Fantastic." The truth is, however, although "Captain Fantastic" seems to be a criticism of "the American way of life" at first glance, as is usually the case with these things, the film actually reinforces the concept through "compromise."

The film tells the story of a family that lives "away from civilization" in a beautiful part of the American wilderness. We watch the children, all six of them, do drills in the morning, read and play music by the campfire in the evening. The family is led by the father, Ben Cash, and we slowly learn that his wife has recently had to "go back to civilization" to be hospitalized for depression. 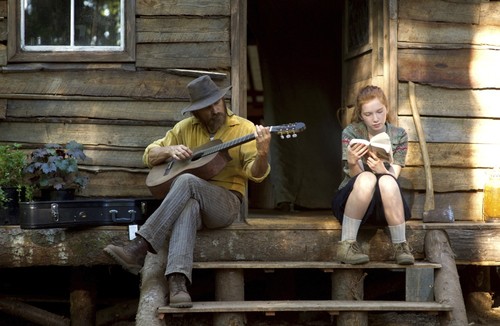 At first glance, the lifestyle of the family is inspirational. The father looks after the physical and mental well-being of his children. There is no television, junk food or capitalist propaganda. Instead, the family has a deep appreciation for nature, and the children learn about the exploitation of the masses while the family replaces the "materialistic" holiday of Christmas with "Noam Chomsky Day." Though a beautiful lifestyle in theory, you quickly start to notice the quality of their clothes and climbing gear in the film - if you and I decided to live in the wild, I wonder if we would be able to afford expensive Northface-brand merchandise, for example. The rejection of "modern comforts" while taking full advantage of certain aspects of them leads us to the question who these "hippies" really are and whether the "return to nature" lifestyle captured with breathtaking cinematography could actually be accessible in reality. We have a vague notion that both Ben and his wife Leslie are well educated, but get a larger sense of their background when Ben and the children go into "town" to another state to attend his wife's funeral - giving director Matt Ross a chance to present more of the beautiful American "wilderness" to the audience. Upon arrival, we meet her parents who live in a mansion with expansive grounds.

During the family's cross-country trip, they stop at a supermarket and leave the premises without paying for a cart full of items they picked off the shelves, because, according to Ben, it is "Noam Chomsky Day." Later when his father in law questions his parenting method, Ben explains it away by saying it was designed to make the children feel better for one day as they were mourning their mother- they were not going to get into a habit of stealing. The reactions that the children have to the products of modern-day capitalism make the film ambivalent about how often they have been exposed to consumer culture. They clearly are able to distinguish one product from another. The movie lacks the "awe moment" stereotypically portrayed when a person from the "third world" encounters the vast variety of products displayed in a well-stocked supermarket. We are also not quite sure how "registered" the family officially is. Their van has no papers and when they are stopped, the children scare the policemen off by acting like overzealous evangelist Christians. When they arrive at Leslie's funeral, the family enters the church in unconventionally colorful clothes instead of traditional black. Ben starts to preach to the mourners about the emptiness of Christian rituals and how this gathering betrays Leslie's memory because she was a Buddhist. Throughout the film obvious jabs are made at religion making it an interesting choice for an Oscar nomination.

Both when the family visit Leslie's sister and her children, and when they are having arguments with the grandparents, the script is orchestrated in such a way that leaves no doubt in the minds of the audience that Ben and his very well-indoctrinated children are on a higher moral ground. The children's cousins are "normal" and divide their time between video games and scholarly pursuits. They are the sort of children who must be bribed with something sweet for them to finish their vegetables, whereas Ben has little use for bribery with his children because they are wise enough to see the benefits of what he teaches. When Leslie's sister suggests that the children are missing out on a quality education, Ben puts on a show by having his youngest son recite the Bill of Rights - which he does as comfortably as any kid reciting the lyrics to a commercial jingle.

After an accident, Ben decides to leave the children with their grandparents. In his colorful surfing shirt, he looks more like a cool-caring dad who owns a billion dollar start-up than a backwoods hippie. The last thing he leaves on the floor is a bag full of the children's archery gear, which looks fancier than even their climbing paraphernalia, and this is the moment, for me, when all the illusions of this family having actually abandoned all ties with modern capitalism, vanishinto thin air. When Ben and the children manage to save Leslie's body from a Christian burial and take her back to their own neck of the woods, the funeral they organize with the pyre and flower coronets, the children's knitted patchwork clothesand their studied casualness have a prefabricated feel. The scene looks more like the touristy photographs from family summer festivals that help city-dwelling young families get in touch with nature and crafts, rather than of a mourning family who has given up the comforts of modern life. They burn Leslie's body and sing her into eternity. It left this viewer wondering how much of this ritual was inspired by the customs of the indigenous tribes for whom the majestic backdrop of the lake and mountains no doubt have some significance.

Although the thin layer of idealism cannot hide the amount of privilege it takes to make such a Spartan life possible, "Captain Fantastic" is still a film that works to promote homeschooling, not least because the eldest son, who has applied to Ivy League schools with the help of his mother behind Ben's back, has received an offer from every single one of them as a result of their rigorous reading regime. Yet another indication that Leslie was not so ready to let go of modern comforts and prestige for her own children - even though she had chosen that path personally. I can imagine many parents left the theater wondering which of Ben's methods they could incorporate into their own lives: A bit of mountain climbing maybe, a family visit to the park every other Saturday or maybe TV-free evenings where everyone sits in the living room or on the balcony reading. The film ends in what looks to be a rural house with a garden while the family gathers around a table rather than a fire, eating with expensive wooden plates and cutlery. It is all soft light and pastel colors, and the kids are just as clever and rosy cheeked, getting ready to go to school and to be good law abiding U.S. citizens.
RELATED TOPICS