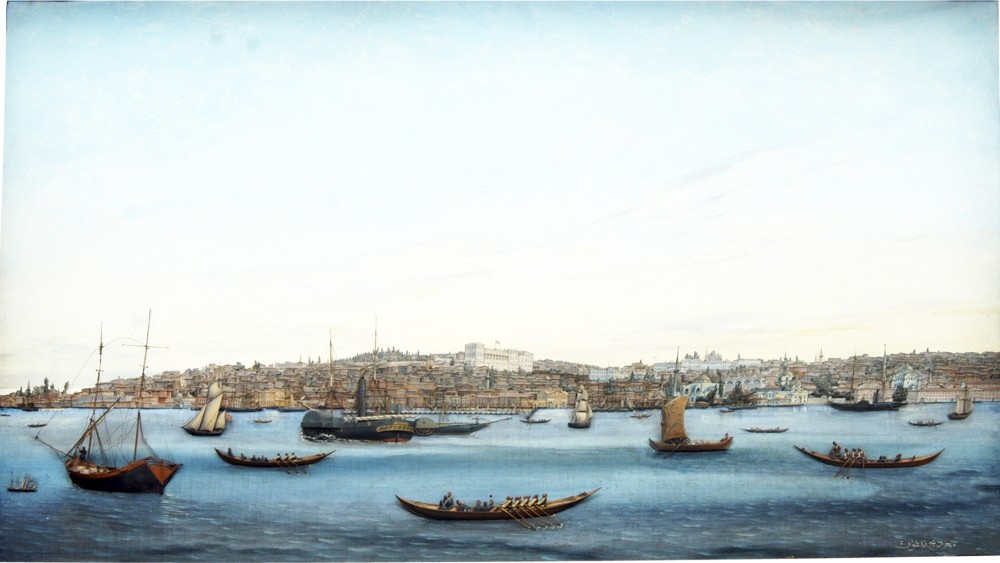 Istanbul Modern has opened a comprehensive exhibition focusing on Istanbul's ports and harbors, specifically their effect on urban development, and culture and the arts. The exhibition includes 34 artists, with nearly 200 works and is set to run until June 4

Istanbul Modern's new exhibition "HARBOR" focuses on ports and harbors in Istanbul, emphasizing the city's relationship with the sea through the eyes of artists. The exhibition also examines the cultural and social life that developed on the coasts and around the ports of the city from the late 19th century to the present. The exhibition is now open and can be visited until June 4.

"HARBOR" is the latest exhibition being held at Istanbul Modern's Antrepo (warehouse) 4 building. Istanbul Modern has been operating for 12 years in the Salıpazarı port area, also known as Istanbul Port, and has become an internationally recognized modern art museum.

Curated by Çelenk Bafra and Levent Çalıkoğlu, the exhibition presents a selection of paintings, sculptures, models, engravings, drawings, photographs, videos and installations created by 34 artists and collectives from various periods and disciplines.

Featuring the symbolic and metaphorical aspects of the concept of "HARBOR," the exhibition investigates the port areas through their reflections in visual arts as sites of social and economic interaction rather than only as geographical locations.

"HARBOR" is named after an exhibition that was held in 1941 in Istanbul by a group of academy artists who followed a social realist approach. The group, who chose to create art by mingling with the crowd, was later known as "Harbor Painters." Their first exhibition centered on the concept of a "harbor" with its surroundings, workers and social issues and later came to be known as the "Harbor Exhibition." The exhibition, currently being held in Istanbul Modern's temporary exhibition hall, features about 200 works by 34 artists and collectives in Turkey. 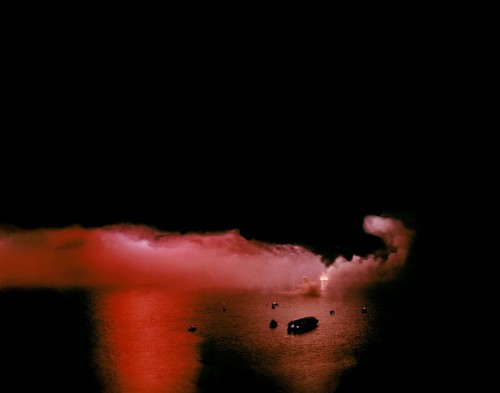 Istanbul Modern curator Çelenk Bafra encourages the audience to sail into their memory and imagination. Stressing that "HARBOR" is not limited to the artworks in the exhibition, Çelenk Bafra said, "The presence of a gigantic gallery produced out of found materials for an international architecture exhibition in a museum courtyard, the chaotic atmosphere of the construction site in the port area and the sea right next to us complete the exhibition experience."

Touching on the importance of the exhibition in terms of comprehending Istanbul through the sea and ports, Bafra said, "'HARBOR' features countless clues, associations, memories and narratives to spark our memory on the concept of 'harbor' and helps us to sail off into our own inner world."

Timeline sums up history of the city

Also within the scope of the exhibition, a timeline has been prepared with curatorial research about the maritime culture in Turkey, social history, and visual arts. The timeline, which summarizes Istanbul's history through harbors, from the archaeological works on the Harbor of Theodosius (Yenikapı) to the present, points out the major transformations and turning points with regards to the city's relationship with the sea and ports through texts, photographs, documents, and maps.

Texts, quotes, photographs and visuals about the artists and artworks in the exhibition have been prepared for the exhibition catalog, in addition to the articles written by Çelenk Bafra and Levent Çalıkoğlu about the exhibition's conceptual framework. Published in Turkish and English, the catalog also includes an article on the transformation of Istanbul's ports during the modernization process, written by Professor Murat Güvenç, Director of the Istanbul Studies Center at Kadir Has University and a consultant for the timeline. 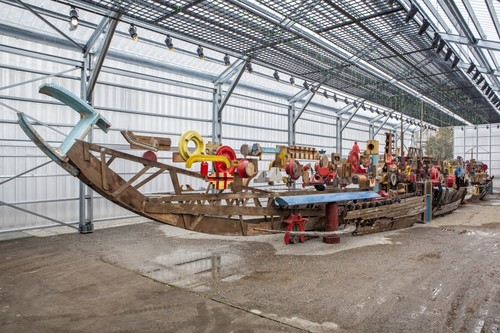 Featured in the Pavilion of Turkey at the 15th International Architecture Exhibition of La Biennale di Venezia in 2016, the "Darzana: Two Arsenals, One Vessel" project's next stop is Istanbul Modern.

A visual diary-like inventory selected from Antonio Cosentino's various drawings and paintings of harbors, seashores, boats and ships is being showcased as framed collages at the entrance of the exhibition. The artist also designed a ship from used tin cans. Featuring a creative story written by the artist, the ship called "Star of Syria" reminds the visitors of the cruisers anchored in front of Istanbul Modern near the Bosporus in the Tophane district.

By the request of Istanbul Modern, Borga Kantürk prepared a wall installation specifically designed for the "HARBOR" exhibition by revisiting his previous works from the last decade that center around the sea, shorelines, ocean travel, navigation, and harbors. The starting point of the installation titled "SHORELINE RECORDS" focuses on the artist's previous works concerning the intertemporal journeys of personal memories and collective memory. The selection also presents itself as a reflection of the sentiment about the recent transformation of Turkey's shorelines.

"NEWORIENTATION," Gülsün Karamustafa's site-specific installation for the 4th Istanbul Biennial, is displayed once again in a warehouse thanks to the "HARBOR" exhibition. The installation was originally prepared for Antrepo 1, located near Istanbul Modern in the same port area, in 1995. It focuses on the experiences of women working in the brothels of Galata with the sailors dating back to the Genoese period and offers an insight into the fate of women who went missing in Istanbul and its surroundings.

"An Attempt at Exhausting a Place in Istanbul," reproduced by Serkan Özkaya for the exhibition, consists of an 8-meter-wide projection on an interior wall of the building's facade overlooking the sea. Situated as if looking out from the back of a mirror, the viewer follows the simultaneously moving images, which detail the transformation of the Bosporus with its never-ending energy and traffic. Therefore, the walls that pose as an obstacle both physically and metaphorically are eliminated and the space "becomes transparent."

Featured in the Pavilion of Turkey at the 15th International Architecture Exhibition of La Biennale di Venezia in 2016, the "Darzana: Two Arsenals, One Vessel" project's next stop will be Istanbul Modern. Curated by Feride Çiçekoğlu, Mehmet V. Kütükçüoğlu, and Ertuğ Uçar, Darzana, it is a project about frontier infringement and hybridity by defining the common cultural and architectural heritage shared by the arsenals of Istanbul and Venice. The vessel, which was brought back to Istanbul after the Biennale, is on display for the visitors in a new structure built in the courtyard of Istanbul Modern operating in the port area.
RELATED TOPICS