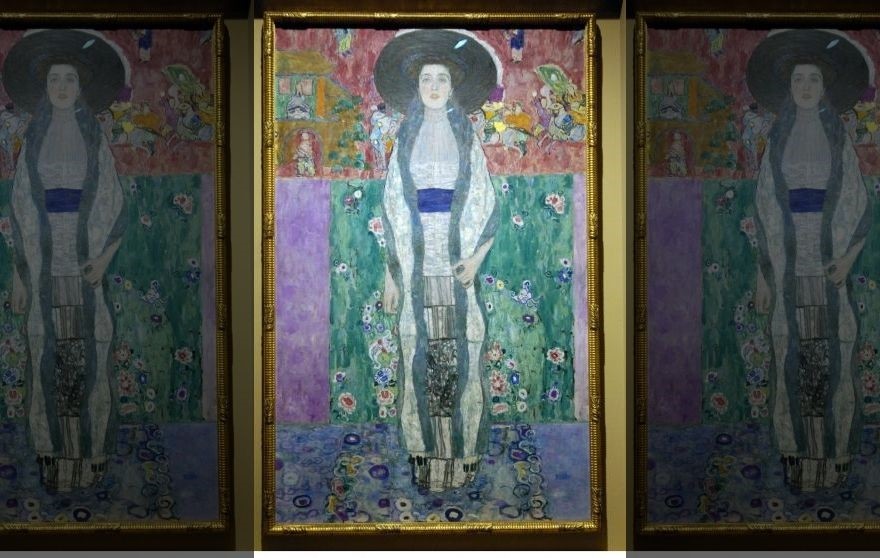 Adele Bloch-Bauer II, part of a special exhibition of paintings looted by the Nazis during WWII, is seen at the Los Angeles County Museum, April 4, 2006. (REUTERS Photo)
by Daily Sabah Feb 10, 2017 12:00 am

American star Oprah Winfrey, who is worth an estimated $2.9 billion, just sold her 1912 painting by Austrian painter Gustav Klimt to a Chinese collector for $150 million.

She reportedly bought the painting anonymously at a Christie's auction in 2007 for $87.9 million, leaving her with a profit of about $62 million in "one of the biggest private art deals of 2016," according to Bloomberg.

Currently hanging at the Neue Galerie in New York, the painting will be on display until September.

The painting depicts one of Klimt's favorite models, Adele Bloch-Bauer, who was the wife of an art patron and industrialist in Vienna.

The portrait as well as its more famous antecedent "Portrait of Adele Bloch-Bauer I" from Klimt's 'gold period' had been looted by the Nazis during World War II and were returned to Bloch-Bauer's descendants in 2006.