Till the End of the World with Bela Tarr 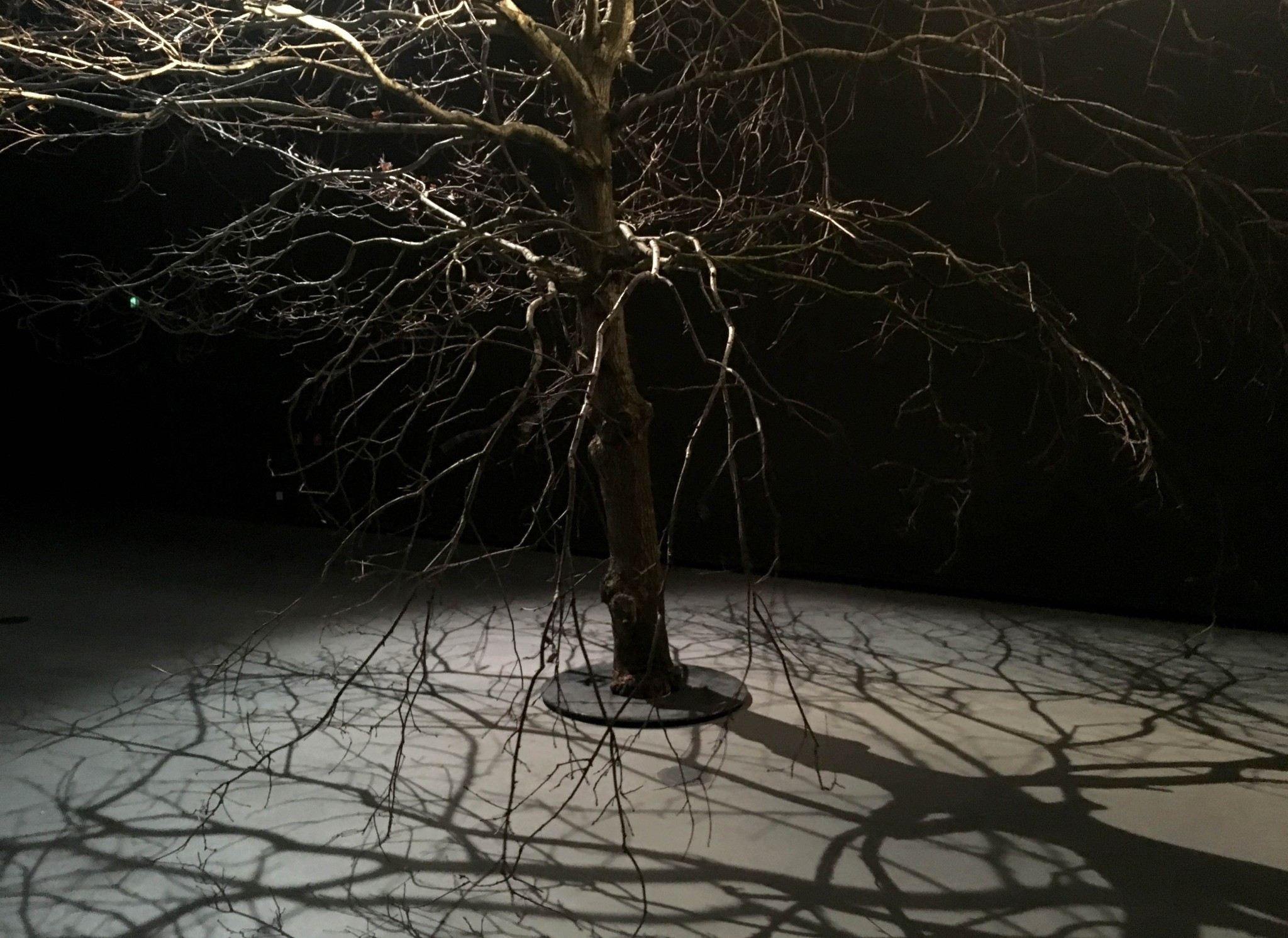 The tree symbolizes an authority, Europe, which closes borders and stands by and watches, as a humanitarian tragedy unfolds in front of its eyes.
by Cihad Caner Feb 13, 2017 12:00 am

A cinema great, Hungarian filmmaker Bela Tarr has opened an exhibition in Amsterdam focusing on the state of being a refugee, especially in Europe, criticizing Europe's attitude and indifference to such a dramatic matter

One of Europe's biggest film institutions, the EYE Film Museum in Amsterdam, is hosting the first-ever exhibition by Hungarian filmmaker Bela Tarr, "Till the End of the World." Born in Pecs, Hungary in 1955, Tarr is widely regarded as one of the most important and influential filmmakers of the past three decades.

He is a master of the long take, the master of wonderfully shots and languid, melancholic films about the human condition. However, this exhibition is completely different from his previous work. When you enter the space, two quite strong spotlights welcome you; it takes time to understand what it is. Your eyes get used to it, and it becomes clear that you are between borders; you are in no-man's land. The museum's walls are covered by real razor wire barriers, and the feeling of shock increases when you start walking into the space. The room becomes a space where you can experience the in-between, fear, shock and sadness. Behind these fences, we see photographs of refugees and immigrants. The journey starts with the act of walking in the realm that Tarr has produced. 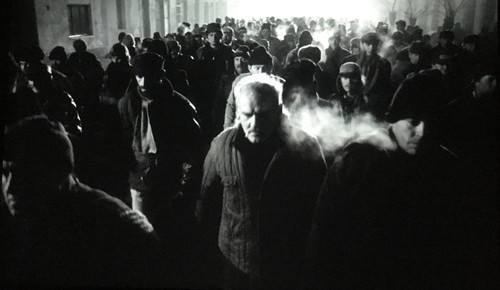 The second room in the exhibition embraces you after the harsh feelings of the first room with a strong wind that keeps slapping your face. There is a 10-meter-high (real) tree swaying from the effect of the wind. There are leaves everywhere that keep moving from one place to another. The tree symbolizes an authority, Europe, which closes borders and stands by and watches, as a humanitarian tragedy unfolds in front of its eyes. You stand at the doorstep and watch the whole installation and keep feeling the wind slapping your face over and over to shake you up and show the border policy of Tarr's country, Hungary, and the wider Europe.

After these two site-specific installations, we enter a third room, which has short black and white videos projected on the walls. The first video appears with a sound of footsteps and shows a group of around 200 people walking at night. Some of them have sticks, but it is not clear why and where they are walking to: To a strike, protest or resistance to stand with refugees? In the second video, there is a scene in a bar where everybody is distant from each other. However, with the music they link their arms and start a classical Eastern Europe folk song. These two videos made me think of how powerful people can be when standing together. In the last video, the camera slides to the left, and we see portraits of people who are invisible to us in our daily lives, such as beggars and homeless people, waiting for something in a queue. Uncertainty is quite strong, as we don't know what they are waiting for; a checkpoint, border control, food, or shelter? But it is clear that we as spectators are on a journey through Europe's history on immigrants, thanks to Tarr's camera.

In the other rooms, one of the short films was quite interesting. The video is in color, contrary to the other short films, and it is 30 seconds long. The camera slides under a bridge that has some graffiti on the walls with words such as "Accept," "Deny," and a boy plays in a big puddle. The scene looks quite dystopic; no one is around except for the boy. It reminded me of an image from Aleppo of some children playing in a bomb hole full of water. A child is always a child, in all cases.

The exhibition ends with a close-up shot of a Romani boy playing the accordion. You focus on his expression, which makes the scenes and the music quite intimate. The video summarizes the whole show as if the exhibition is dedicated to people who are ignored, held in contempt and humiliated.

Tarr's site-specific installations and short films on the topics of migration and the refugee crisis seem provocative, but the opposite of Chinese artist Ai Weiwei. They are naive and strong by turning the spaces and scenes metaphorically rather than directly. Although the installations seem shocking, there is a space for us to think about the whole situation. The exhibition opens a fresh perspective to see the current situation of the world.
RELATED TOPICS