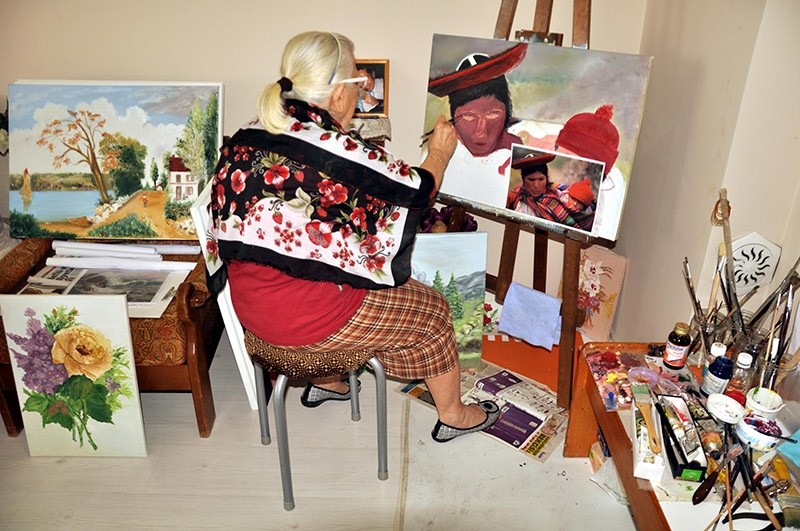 Halime Kurtcan's talent for painting was first discovered by her 90-year-old husband and her two children, after she attended a painting class several years ago in southern Adana province.

Kurtcan, who is a grandmother three, built a small studio in her home and has completed some 50 oil paintings over the years.

Her first exhibition features 20 oil paintings, as the artist gave away most of her work as presents to her family members and friends.

Kurtcan stated that while choosing figures for her paintings, she was inspired by humans, animals and nature.

"I especially wanted to open my first exhibition March 8," said Kurtcan commenting on why she chose International Women's Day and explained that she did not want girls and women to be oppressed.

"I want all of them to be happy," Kurtcan said, adding that she tried to reflect that in her work.