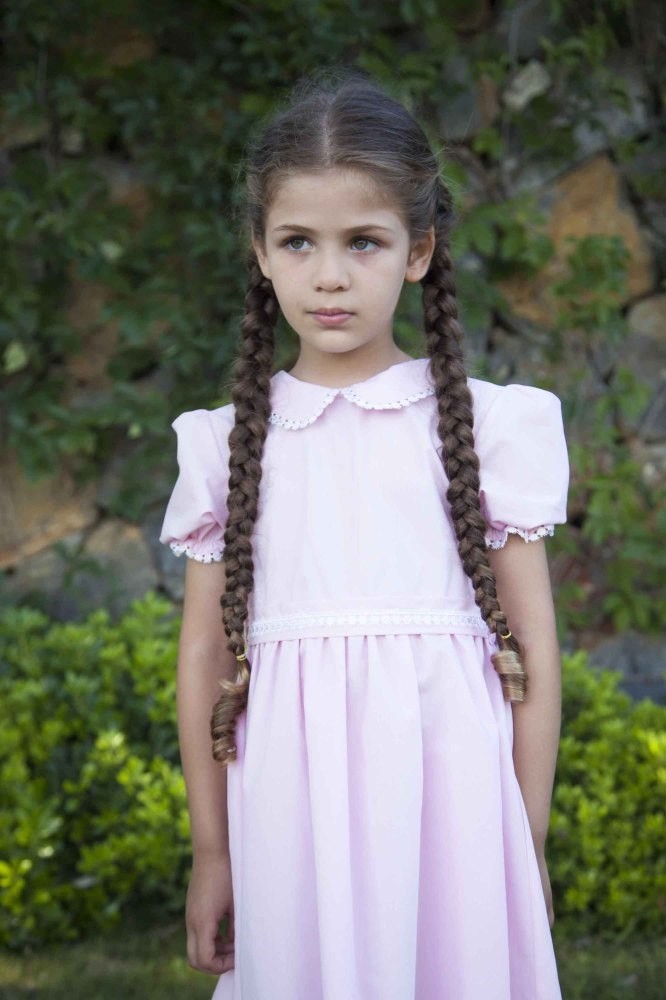 The Turkish name u201cElifu201d was one of the most popular names to newborn Chilean babies in 2016. The name is so popular that it has overtaken the most popular traditional Latin American names, u201cLoretou201d and u201cVeronica.u201d
by Anadolu Agency Mar 10, 2017 12:00 am

Turkish TV series have become quite popular in the South American country of Chile. Influenced by the high-rated Turkish series being broadcasted on local Chilean channels, Chileans are giving Turkish names to their babies.

Authorities announced that the characters in Turkish series are the biggest inspiration for Chilean parents while naming their babies.

According to the birth registration office in Chile, the Turkish name "Elif" is one of the most given names to new born Chilean babies in 2016. As a matter of fact, the Turkish female name is so popular that it has overtaken the most popular traditional Latin American names, "Loreto" and "Veronica."

According to data acquired from Chilean birth registration office, a great portion of Chilean parents gave their newborns the name "Sofia." A total of 4,011 babies who were born in 2016 were named "Sofia."

On the other hand, most preferred male name was "Agustin" with 4,106 newborns.

Among the most popular names in Chile, "Elif" ranked 200th. Apart from "Elif," the Turkish name "Nilüfer," which is also the name of another character in the same show, was given to nine babies while the Turkish names "Melek" and "Fatmagül" were also given to two babies.

Inspired by a highly popular Turkish historical series "Muhteşem Yüzyıl" (The Magnificent Century), 16 Chilean parents preferred to name their newborn boys "İbrahim," after one of the show's characters "Pargalı İbrahim."

Turkish TV series, which have been on high demand all over the globe for the last couple of years, are among the most watched TV shows in Chile.

In 2014, Turkish series "Binbir Gece" (A Thousand and One Nights), starring Halit Ergenç and Bergüzar Korel, broadcasted on one of the national TV channels in Chile and became the most successful series in the country with 28.2 percent ratings.

Since 2014, the most-watched Turkish series in Chile are "The Magnificent Century," "Elif," "A Thousand and One Nights," "Ezel," "Sıla," "Fatmagül'ün Suçu Ne" (What is Fatmagül's Fault?), and "Kara Para Aşk" (Black Money Love).

Chilean TV channels have been broadcasting Turkish series since 2012. The first Turkish TV series Mega TV bought out became the most watched show in Chile that year and the ratings of the channel boomed.

Mega TV's International Content Director Juan Ignacio Vicente said their channel has broadcasted a total of 12 Turkish series so far and "A Thousand and One Nights," "Ezel," "Sıla," "What is Fatmagül's Fault?" "Black Money Love" and "Medcezir" became the most popular ones.

Vicente said they believed the contents of the Turkish series comply with Chilean culture when they first watched it in 2012.

"All Chilean people with different backgrounds reacted positively to Turkish series. The first series we broadcasted, 'A Thousand and One Nights,' became a hit in the country," Vicente added.

Commenting on the Turkish series' success in Latin America, Vicente said, "These shows have emotional stories that touch the hearts of the Chilean people. The subjects and the ethical and emotional problems that the characters in Turkish series go through are quite similar to what Chilean people are experiencing."