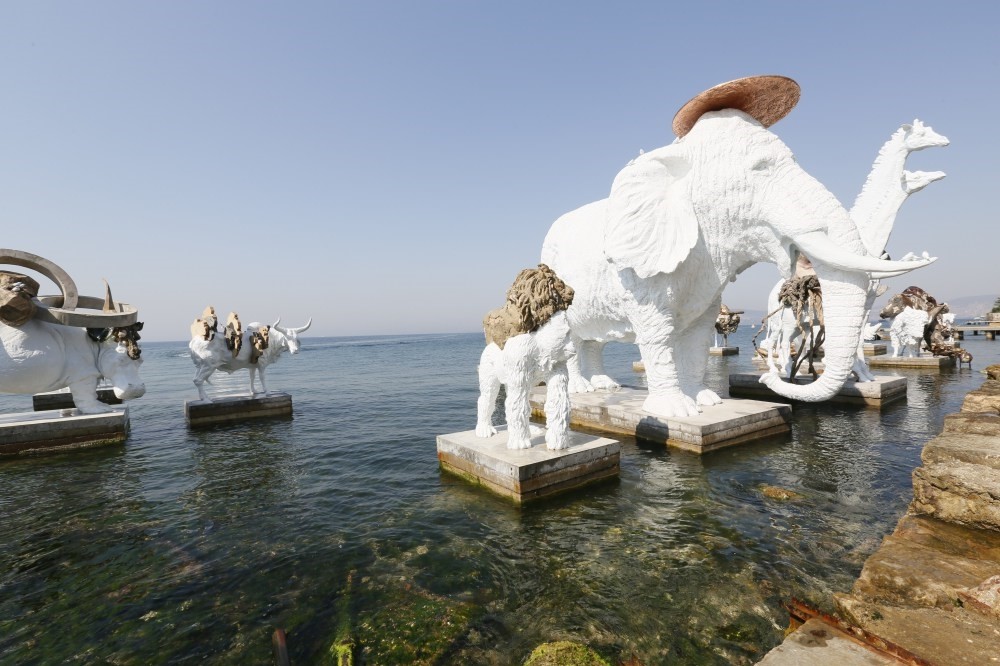 Adrian Villar Rojas, u201cThe Most Beautiful of All Mothersu201d
by Daily Sabah Mar 11, 2017 12:00 am
Argentinian artist Adrian Villar Rojas, who caused a stir with his artistic display at Istanbul Modern, will produce artworks for the roof garden of the Metropolitan Museum of Art (MET) in New York.

According to the article published by the New York Times, Rojas's exhibition "The Most Beautiful of All Mothers," first placed on display at the 14th Istanbul Biennial and later included in Istanbul Modern's permanent collection, has attracted major attention from art lovers in Istanbul.

Rojas's animal sculpture installation, "The Most Beautiful of All Mothers" was exhibited in front of the house of Leon Trotsky, who lived on Prince Island from 1923 to 1933. The work by the Argentinian artist became the most talked about and shared work of the biennial on social media.

Adrian Villar Rojas often uses symbolic narrations that refer to mythological stories in his work. The site-specific installation, "The Most Beautiful of All Mothers" was the result of Rojas's dream of observing the earth and the cultures of humanity from the perspective of an alien. Each animal figure is produced with pure-white fiberglass, carrying other organically based animal figures on their backs. Placed on the backs of the fiberglass figures, the other animal figures were created using raw material collected from all around the world. Located on the shore in front of the torn-out house of Trotsky, the 29 animal figures were displayed by themselves or in groups. Since the organic materials have deteriorated after years of exposure to salt water, the creatures being carried by the fiberglass animals hardly resemble their original forms.
RELATED TOPICS