'Hacı Murat' rules the roads after more than 40 years 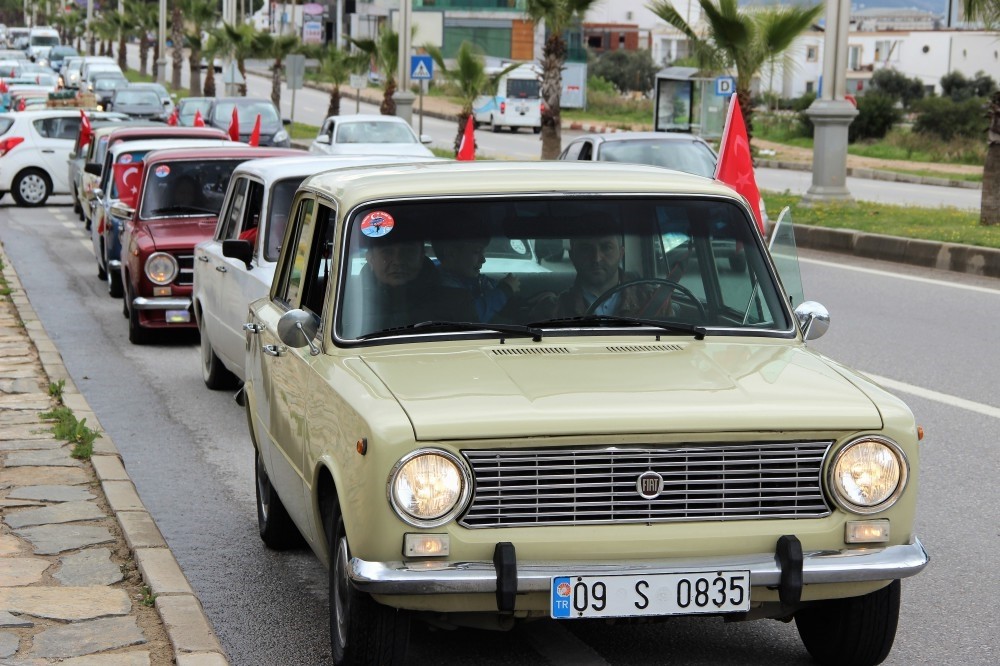 by Anadolu Agency Mar 14, 2017 12:00 am
Murat 124, widely known as Hacı Murat, which is the Turkish adaptation of the Fiat 124 series, is celebrating its 46th anniversary in the Turkish car market. This specific series has an important place in Turkish people's heart. The Murat 124 marked the beginning of automobile manufacturing in Turkey and was introduced to the market with a Turkish name: "Murat." Automobile lovers were quick to support the series. The automobile earned the nickname "hacı"(pilgrim) as Muslim pilgrims in Turkey traveling to the holy lands to perform the obligatory Hajj would do so with the Murat 124.

To celebrate the anniversary of the launch of the series, classic car enthusiasts gathered in Muğla's Bodrum district. A group of Murat 124 owners toured the town with their classic cars. Once they arrived in Değirmenler, the car owners displayed their modified cars for other enthusiasts.

Speaking to the press, Murat 124 Group spokesperson İbrahim Çelik said they are organizing a series of events throughout 2017 to celebrate the 40th anniversary of the Murat 124. "We came here from İzmir, Aydın and Muğla with our 40-year-old cars. Through these events we get to meet with Murat 124 owners around Turkey," Çelik added.

One of the group members, Özcan Satılmış, said he has been driving his Murat 124 for more than 30 years and his car is his passion. Stating that he is happy to see people showing interest in his car while he is driving, Satılmış said: "I bought this car for TL 3,000 [$534]. It was wrecked. I spent TL 23,000 for its modifications. After 10 months of work, I managed to get it to run again. I have another two Murat 124s. This is a passion, a kind of love."
RELATED TOPICS