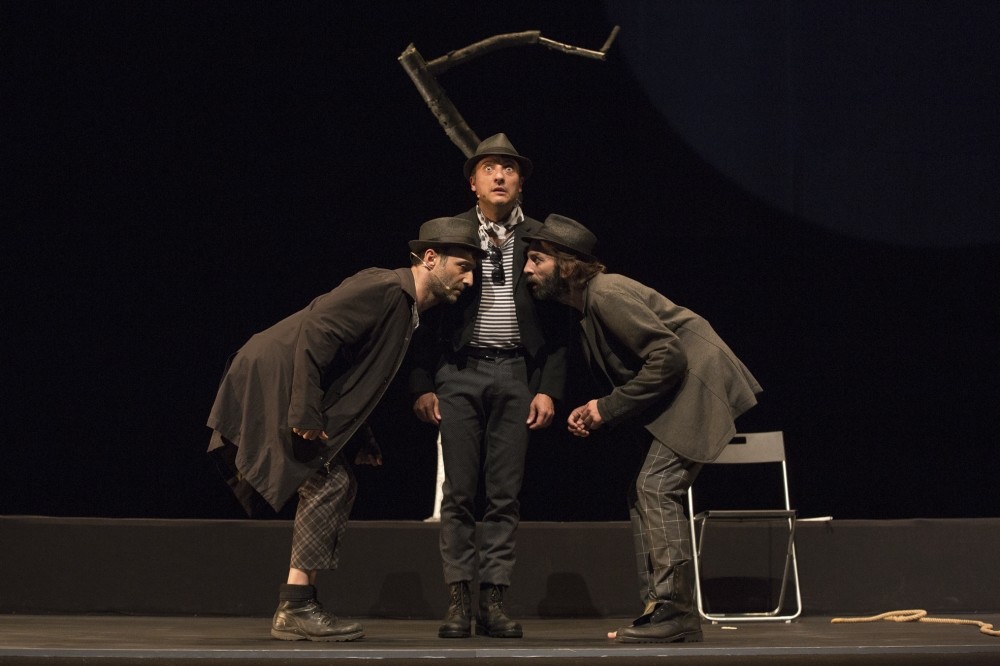 by Daily Sabah Mar 22, 2017 12:00 am
The immortal work of Samuel Beckett, "Waiting for Godot" performed by Şahika Tekand and Studio actors through performative staging and acting, has been performing for Zorlu Performing Arts Center (PSM) guests since November. The play will be performed on the Zorlu PSM Drama Stage for the final two performances of the season in April and May.

Unveiled for the first time as the opening play of the 20th International Istanbul Film Festival in May 2016, "Waiting for Godot," a co-production of Studio actors, the Istanbul Culture and Arts Foundation (İKSV), 0090 and Toneelhuis, also became the closing play of the festival due to high demand. In addition, the director of the play, Şahika Tekand, was awarded the Honorary Award of the festival.

The director sets up a play that expresses the act of waiting and expectation, hope and desperation, the will to exist and the conviction to exist, the irrationality of the finite nature of birth which promises eternity and the desperate efforts to turn this irrational fact into a rational one.
RELATED TOPICS