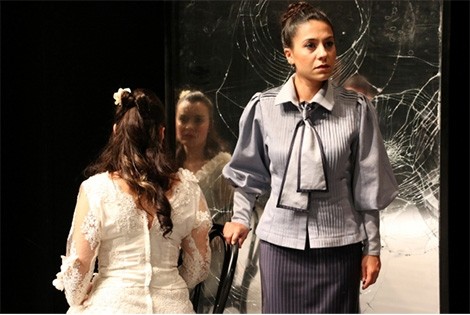 A total of 21 plays, nine of which are from foreign countries, will be staged in Adana from March 27 to April 30 as part of the Turkish State Theaters-Sabancı International Adana Theater Festival. The festival will be held for the 19th time in cooperation with the Sabancı Foundation and Turkish State Theaters.

According to a written statement by Adana State Theater, the festival will begin on March 27, which also marks World Theater Day. In total, 12 plays from Turkey and nine plays from other countries will be on stage as part of the festival, which will last until April 30.

The inauguration of the festival will take place with the play "Giydirici" ("Dresser"), prepared by Istanbul State Theater, on March 27 at Adana Hacı Ömer Sabancı Cultural Center.

Having begun its premier at the beginning of this year, the play has been appreciated by art lovers in every performance and takes place in a theatrical society, which doesn't give up on theater even as bombs fall during World War II, telling the story of a famous and old dresser and a veteran tailor. 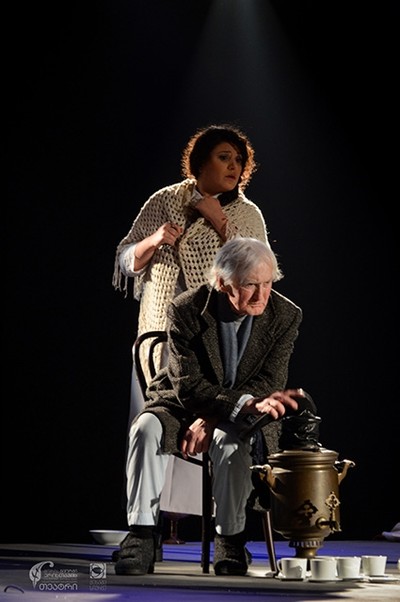 "Romeo and Juliet" and "Anna and Admiral" from Russia, "The GagFather" from Spain, "Cherry Garden" from Georgia, "Old Clown Wanted" from Macedonia, "Antigone" from Serbia and "Log House," a child's play from Italy, will be staged this year at the festival.

The festival will also host successful plays both from Turkish State Theaters and private theaters in Turkey. "Giydirici (Dresser)" by the Istanbul State Theater, "Ermişler ya da Günahkarlar" (Saints or Sinners) by the İzmir State Theater, "Üç Kız Kardeş (Three Sisters)" by the Diyarbakır State Theater, "Unofficial Hürrem" by the Ankara State Theatre, "Did Ivan Ivanoviç Exist or Not?" by Tiyatro Adam, "Raspberry" by Tiyatro Kare, "Particles" by Pürtelaş Tiyatro, "Riot Days for Dogs " by Tiyatro Platform and "Who is There - Muhsin Bey's Last Hamlet " by the Boğaziçi Performance Arts Community will be staged as part of the festival.

In addition, Cia La Tal from Spain and a prominent example of street theatre, "Cuckoo Clock," will perform at Doğal Park in Adana.

The festival will also continue to support young artists and make room for alternative theater groups. Some young theater groups that will be attending the festival with their performances are "Sınır" (Border) by Tiyatro 28 from Germany, "Fool" by Ya Da Tiyatro, "Behind the Lie " by Tiyatro Hane and "Button with 4 Holes " by Fabrika Oyuncuları.

In addition, various workshops will be held during the festival on different topic such as puppet and custom making, mask-making for children, creative mud works, physical theater and a traditional Karagöz performance.

One person will be granted the "Sakıp Sabancı Lifetime Achievement Award" at the opening ceremony, which has been granted since 2005 with the aim of expressing gratitude for veterans who have contributed a great deal to theatre.

The festival has hosted 94 theater groups from 42 different countries, with more than 6,000 Turkish and foreign artists, 339 plays and 730 representations over the past 18 years.

Around 1 million people have seen the plays staged in the festival so far, which also attracts audiences from different cities in Turkey.
RELATED TOPICS