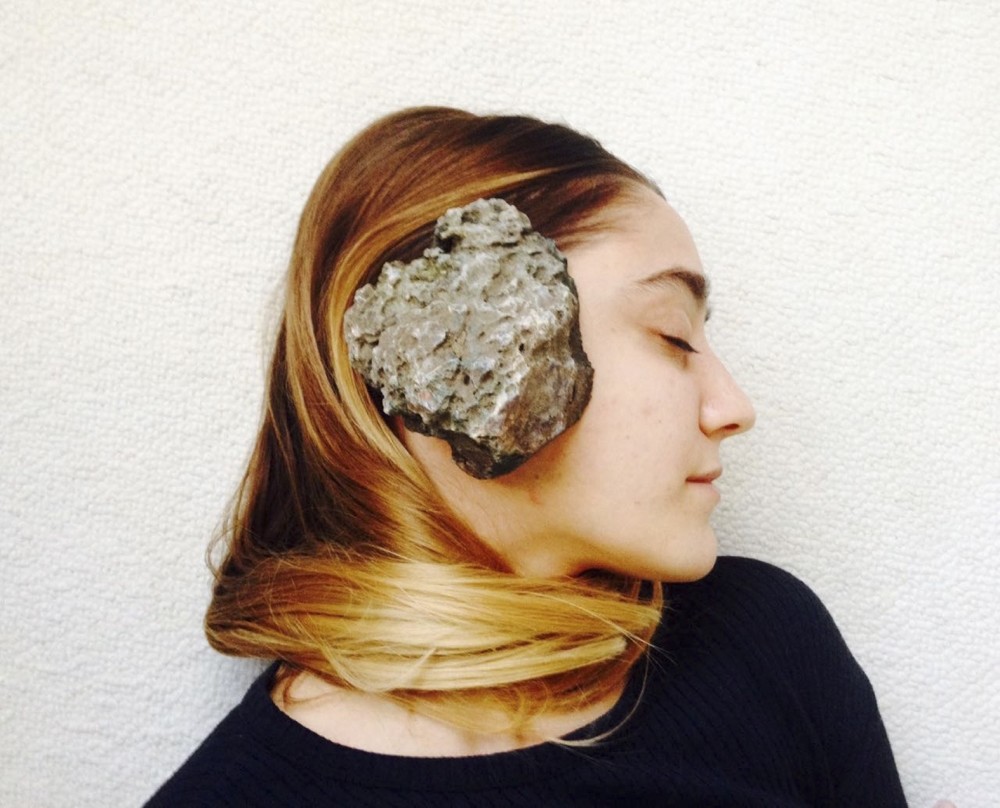 Ekin Bernayu2019s u201c9 Stoneu201d performance references the museumu2019s Anatolian Weights and Measures collection exhibition. Through headphones Bernay will be talking to visitors, interacting with them and asking them to reflect on their movements.
by Kaya Genç Apr 01, 2017 12:00 am

Over the weekend Pera Museum will be hosting ‘Look Again,' an inspiring program that features performances by artists AslieMk, Ekin Bernay, and Ata Doğruel

Mehmet Said Efendi, the Ottoman ambassador to Sweden in the mid-18th century, was watching a group of technicians last week at Istanbul's Pera Museum. George Engelhardt Schröder's depiction of Mehmed Said Efendi and his retinue is among the most cherished items of the museum's Orientalist Painting Collection and on that day, technicians were finalizing the installation for an upcoming performance a few meters away from the painting.

Most of us assume we know all about the Orientalist gallery, having visited it only once. "Look Again," a collection exhibition performance program, asks us to reconsider that thought. Among the highlights of the program is "Ambassador," Ata Doğruel's performance that offers a new look at the ambassador portrait paintings from the 17th and 19th centuries. The performance is a bold attempt to unsettle our relationship with the museum space and the history of Orientalist art.

"My performance is presenting a new perspective to ambassador paintings and a new way of interpreting them," Doğruel told me in an interview last week. "The same historical subject is divided here by two different approaches: Classical portraiture and performative portraiture. My practice is called 'human installation.' I place my body into an appropriate context concerning the subject. The idea is to highlight how our understandings of art compare to each other in the course of time."

Doğruel described how he wants to discuss "the notion of duality" with his performance. "It is an attempt to narrate the meandering paths of diplomatic history while introducing vivid characters. I will engage in an abstract interpretation of the dual lives of these colorful ambassadors," he said.

Next, the "Look Again" program brings the visitor to the museum's "Coffee Break: The Adventure of Coffee in Kütahya Tiles and Ceramics" exhibition. This is the location of the artist duo AslieMk's performance "In Situ" where performers will attempt to transform the gallery into a laboratory. By way of recreating items in the collection, they want to go beyond the one-way communication between them and their viewers.

"Over the course of our preparations we either got strong initial impressions or weak signals when we entered the gallery space," Aslı Dinç and Mustafa Kemal Yurttaş, who make up the duo, remembered. "These are not independent from the lengths of time we have spent there and from our moods during those days."

When they visited "Coffee Break: The Adventure of Coffee in Kütahya Tiles and Ceramics" exhibition for the first time, the duo was "disturbed" by what they call its "isolated atmosphere." They decided that this was created mostly by the effect of interior lighting. "We were aware that we were inside a museum space but we weren't glad to see the pieces behind the glasses, while knowing that they have been put there because of their fragile natures. Those little labels, or videos, or graphics on walls, or even audio stories about the collection items, were simply not enough for us," they said.

And so they planned their attempt to go beyond a one-way communication with the collection pieces. They had already observed how visitors were barred from experiencing the three-dimensionality and the materiality of those works. They would be offering the alternative of shifting the spatial focus bordered by vitrines.

"We decided to create a new focal zone by intervening into the museum space through our performance," the duo said. "We remembered a sentence from a text that said a museum is the ultimate resting place for an artwork, or an artifact. We started to think about how performativity can affect and open a gap in the established structure of the museum."

They held long conversations with Simge Burhanoğlu, the curator of the performance program, before deciding to reproduce collection items using 3D printing tools. 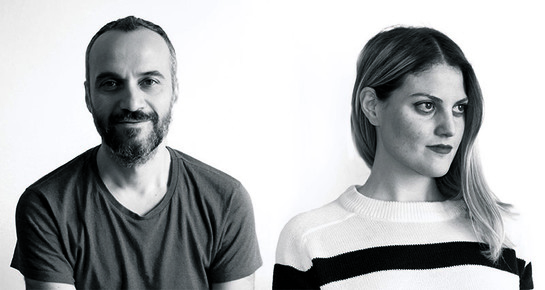 "This way, visitors can touch and hold these clones in their hands. They can compare them by taking a piece in front of a vitrine that houses the item's 'real' version," they said. "We selected some of the pieces for reproduction around our personal point of views and desire to reflect every piece's own visual data on its clone through our interpretations." In the performance the duo will collaborate with their cyborg colleagues - Sanji, a 3D printer, and Liu, the projection system.

Ekin Bernay's "9 Stone," the third performance in this exciting program, references the museum's Anatolian Weights and Measures collection exhibition. Through headphones Bernay will be talking to visitors, interacting with them and asking them to reflect on their movements inside the gallery.

"The element of interaction is just a natural outcome of my tendency to heal as a person," Bernay said. "I always feel the urge to expand my feelings to everyone around me, especially if those feelings are about love and inspiration. Part of me wants to be contagious, and that is possibly why I wanted to touch people and invite them on this journey with me in Pera."

Bernay explained how she was not really attempting to unsettle the structures of museums. Instead, she wants to guide visitors in getting in touch with themselves and their surroundings.

"I feel we walk through life and spaces without being truly present in them. One of my aims in life is to allow people to access different ways of being and feeling alive. I will be mimicking an artificial intelligence person. While doing this, I want to invite people to rethink what it means to listen. I want people to truly listen and take risks. I want people to be free. My guidance shall only support them in that effort." 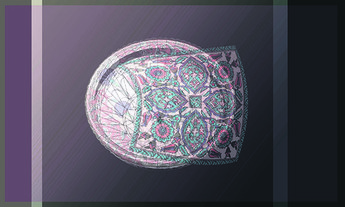 For Bernay, the most exciting part of the performance program is that it allows her to be in a room where she can feel truly at home. "The objects in the room talk to me. I can really get a sense of belonging there," she said.

Mehmet Said Efendi, the Ottoman ambassador, would certainly be amused by inhabiting a museum where such fresh ideas will travel through the galleries this weekend.

"It is a beautiful feeling to know that the performance is taking place at Pera Museum," Bernay said. "It feels like I can be seen in this sacred space as I am. I believe museums are sacred spaces and I have a religious respect towards them. For this performance to take place in one of the most important museums in Turkey, fills me with pride and joy."