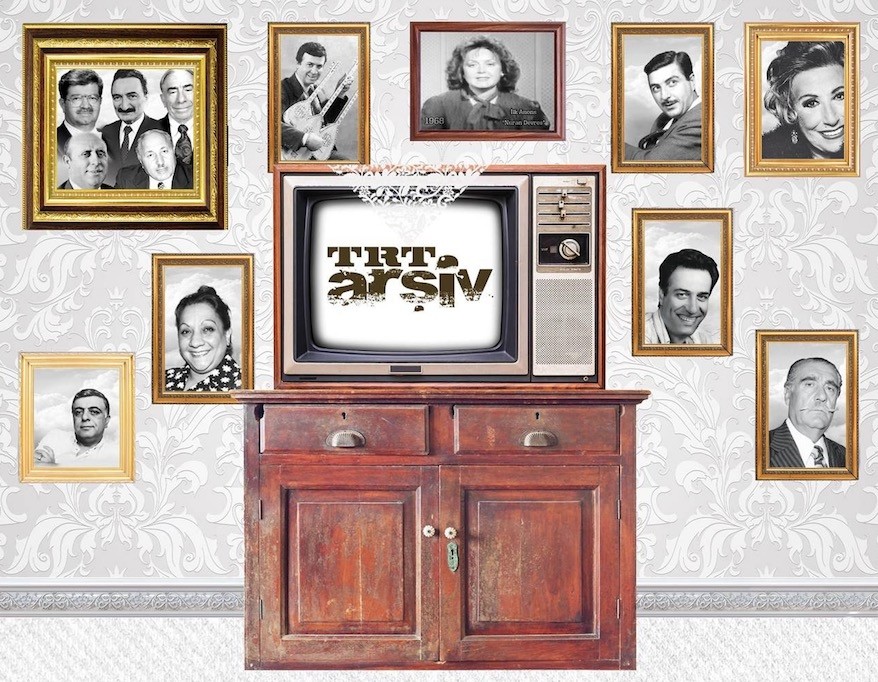 The TRT Archive project aims to create a medium in which people can witness the past directly with documentary footages and images accumulated in TRTu2019s archive since its establishment.
by Anadolu Agency Apr 06, 2017 12:00 am

The visual history of Turkey, from political gatherings to musical performances, to soap operas and street interviews, are now open to online access for all, with an initiative taken by the Turkish Radio and Television

The Turkish Radio and Television Corporation (TRT) have realized the practice of "presenting the reproductions to internet users by classifying the archives in detail," which is being applied only in several countries around the world such as the U.K. and Sweden.

TRT Director General Şenol Göka stated that the corporation has accumulated visuals taken from the day it started broadcasting, and even before that, in its archives.

"There is an extremely important accumulation in TRT. With the projects added later, this archive has a huge amount of resources, and it had to be opened in some way. That memory had to be brought back to the agenda, politically, culturally and sociologically," Göka said.

Referring to the fact that the evolution of the various sectors can be seen through the archive, Göka added, "It was also necessary to be able to have an idea about all of this and to awaken a sense of nostalgia at the same time. Maybe we'll laugh a little; we'll get sad and emotional. It was very important to awaken this sense of nostalgia." 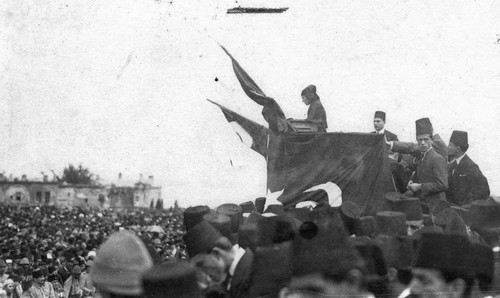 In addition to the visuals taken by TRT, there are also visuals obtained from other government sources from the periods before TRT started broadcasting, such as Sultan Abdülhamid's oath of allegiance ceremony, the 1919 Sultanahmet Rally, images of the Republic's foundation period and World War I and II.

While he informed that there is potentially an archive of 200,000 hours to put on the site created by the new media, he explained that they have not included the sound archive in this yet.

"You can also see images from the recent period and during the periods that we can remember. You can also see the Sultanahmet rally in 1919. So, TRT has all of these," Göka said, adding that by opening this archive, they will offer a service to those who want to use it in different ways.

Stating that the most commonly used phrase nowadays is, "The deficiency of human memory is its forgetfulness," TRT's Deputy Director General İbrahim Erden stressed that, "When our lives consist of individual and social repetition, what we need most is a strong memory, inviting everyone to read the events, plans, calculations or challenges that are similar or repeated."

"It is not too ambitious to say that we are faced with a risk of loss of depth and sense under globalization in the 21st century. It can be clearly seen in this sense how important it is to maintain the individual and social memory and keep it alive." Erden said, highlighting that identity becomes meaningless for a society whose memory is lost.

Erden also suggested that having concrete documents while disseminating information or a claim gives self-confidence and is very valuable. He added that with the TRT Archive project, they aim to create a medium in which people can witness the past directly with documentary footage, and that the images that have been accumulated in TRT's archive since its establishment are now classified with great care and shared online.

While underscoring that the project was launched in June 2014, Erden said that several leading television organizations around the world have conducted this sort of classification project, but a detailed project like the TRT Archive has not been opened to the public by any other public broadcaster.

He added that the archive of 200,000 hours was continuing to grow by the day and that there will be content of this size on the website of TRT's archive.

"On our website, in addition to the visuals taken by TRT, there are also visuals obtained from other government sources from the periods before TRT started broadcasting, such as Sultan Abdülhamid's oath of allegiance ceremony, Sultan Reşad, Damat Ferit Pasha, the 1919 Sultanahmet Rally, images of the Republic's foundation period and World War I and II," Erden said.