Photographer enthusiastic about catching drops before gravity does 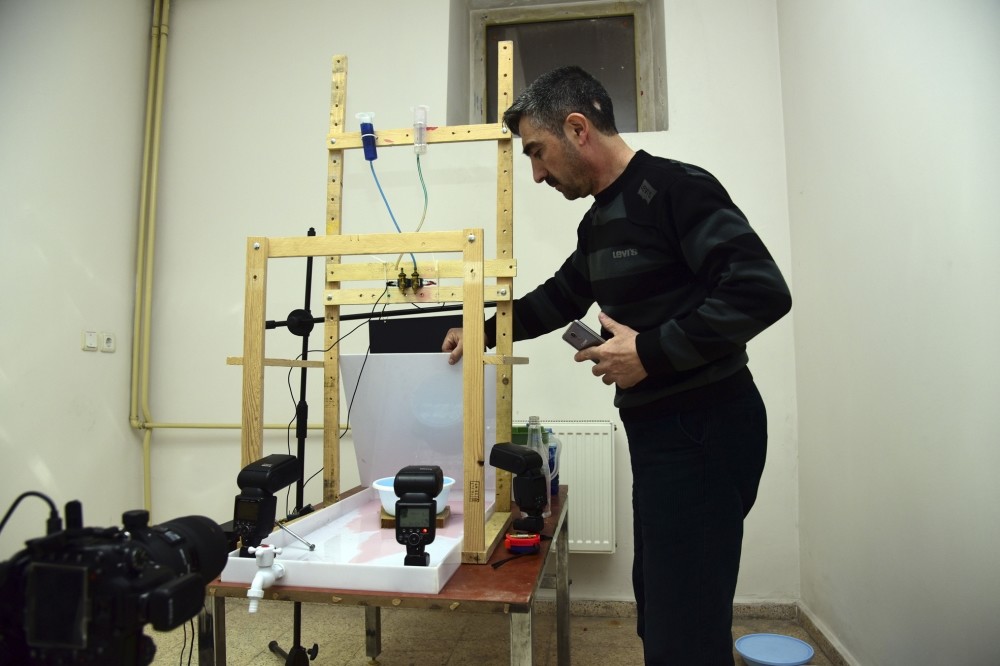 Bülent Akarsu, who photographs water droplets in Bitlis's Ahlat district, sometimes spends hours with the mechanism he has set up to capture the most beautiful frame.

Having been a photographer for about 10 years in the district, Akarsu devotes his time to his projects on water-drop photography. 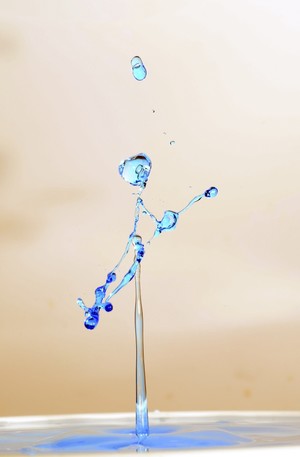 Calculating the speed of the drops in the mechanism that he has set up at his home and operating the shutter of the camera with an app he uploaded on his mobile phone, Akarsu waits for hours to get the best shot.

Akarsu told Anadolu Agency that he has been photographing water droplets, which has become a passion for him, for nearly two years.

Recalling that he was previously curious about landscapes, macro, and portrait photography, Akarsu noted that water-drop photography is another pleasure for him.

Pointing out that this branch of photography is very expensive and that only a small number of people in Turkey are working in this area, Akarsu said, "For example, in order to increase the viscosity of the dripping water I bring special materials from abroad. I also use some fluids such as food dyes and milk to give color." Informing that each drop frame has a different characteristic, Akarsu emphasized that this job is like the "art of water marbling," and that as it is impossible to create the same work twice in marbling art, the same goes for water-drop photography, in which it is also impossible to catch the same frame twice.

Akarsu stressed that with the help of a program he uploaded on his mobile phone, he sets the speed and intensity of the water droplets.

Indicating that he sometimes has to spend hours to capture just one drop, Akarsu said that his aim is to capture the most beautiful frame possible.

Akarsu stated that his wife and kids complain about him spending so much time on photography, but when they see the photos, they like them.