Tourists to Harran can be volunteer archaeologists 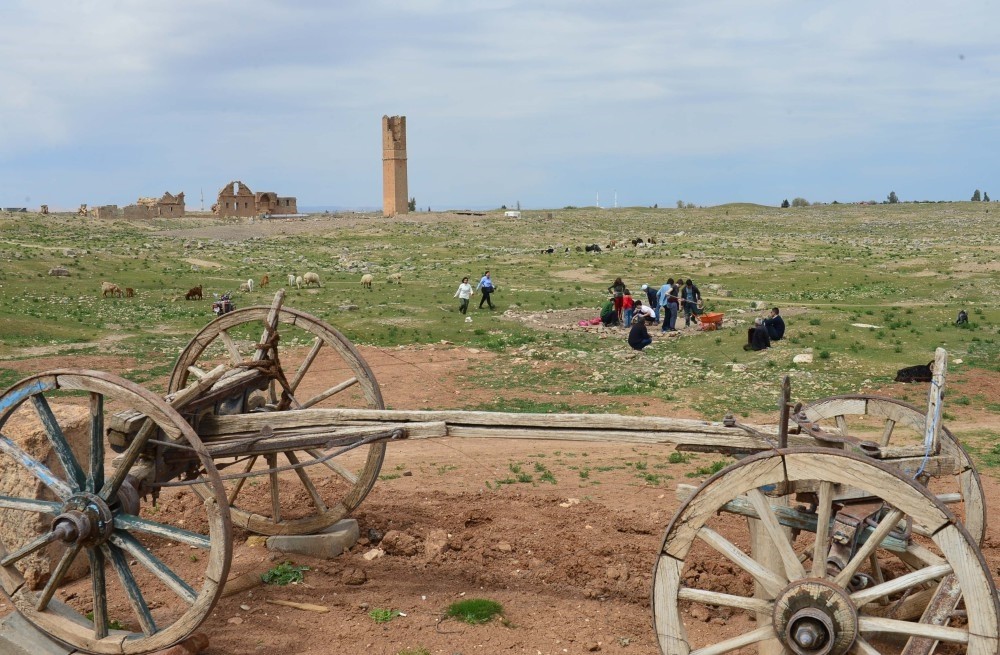 After theoretical training, tourists can experience the excitement of finding small sculptures, ceramic and copper pieces that have been placed under the soil with the help of trowels and brushes under the supervision of archaeologists.
by Anadolu Agency Apr 18, 2017 12:00 am

Having a rich history of nearly 5,000 years, the Harran district in the southeastern Şanlıurfa province is frequented both by tourists and archaeologists. Now, tourists will have the opportunity to dig the excavation site after a brief training session

As one of the world's oldest settlements, the archeological sites in Harran offer visitors a chance to get deep into the depths of history through the excavations they perform under the observation of archaeologists.

Up until the Mongolian attack in the sixth century B.C. Harran had been the capital of the Assyrian Empire and the Umayyad Dynasty. Excavation works at the ancient city still continue up until this day. Surrounded on all sides by historical artifacts, the history of Harran is still being explored through excavations that are popular with local and foreign tourists.

The Urban Design Project implemented by the District Governorship of Harran has a 30-square-meter special excavation area near the Ulu Cami excavation area, which has artifacts from the Umayyad Dynasty. After theoretical training, tourists can experience the excitement of finding small sculptures, ceramic and copper pieces that have been placed under the soil with the help of trowels and brushes under the supervision of archaeologists. The excavation president of the Harran archeological site, Professor Mehmet Önal, and his team provide information to the tourists after the excavations. 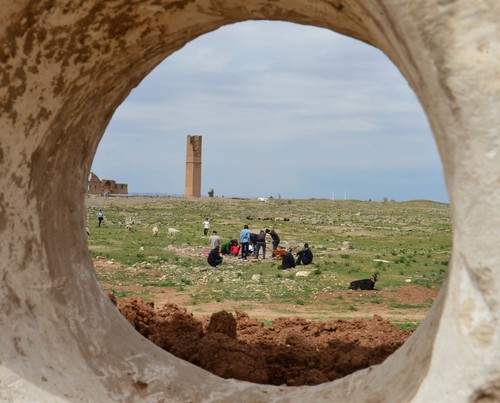 Speaking to Anadolu Agency (AA), Mayor Temel Ayca stated that with every new excavation more of Harran's history is revealed. "Experience is a great thing. People want to come and experience the joy of excavation, which is another reason for people to come and stay longer in Harran. Our target is to create an environment that will allow tourists to spend more time in the city, and this is one of the major steps of our urban design project," Ayca said.

He noted that they have been working on the Urban Design Project for the past one and a half years and their target is to establish an "archaeo park" which will allow even more extensive excavations in the region.

Prof. Önal said that scientific archeological excavations are also continuing and experiencing the excavation is exciting even though it requires patience. Highlighting that the excavations in the area take place like real excavations and the ceramic parts excavated and discovered by the visitors are collected just like in a genuine excavation, he said, "Visitors can feel the excitement of discovering something real while working in the dirt and leave here as an ambassador, a protector of these historical artifacts."

Artun Boz, who performs excavations in the region, also noted that discovering new things excites people and everyone has to experience it for themselves. "I didn't think that the excavation would take this long and I realized that we need to show respect as the excavations are carried out with a lot of care," he said. Ata Doğukanlı, another participant in the excavations, noted that when one just visits the region it does not stick in one's head as much as actually doing the real thing, and by attending the excavation one learns how these artifacts are discovered and placed in museums. A nine-year-old, Baki Doğan, noted that he almost forgot how hard the excavation was because of the excitement and fun of the whole experience.
RELATED TOPICS