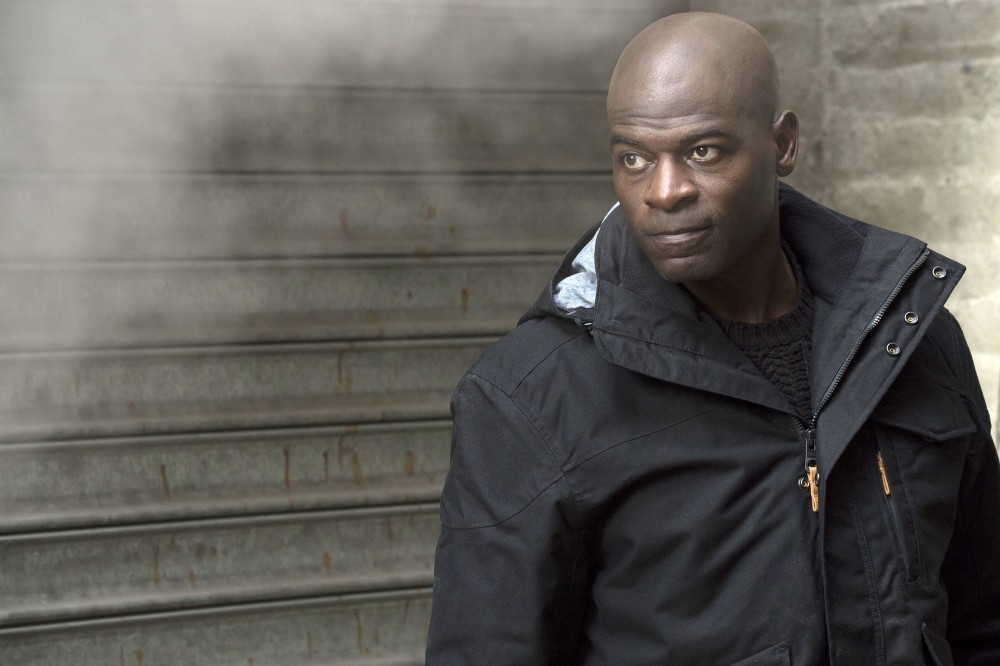 by Associated Press Apr 21, 2017 12:00 am
Actor Hisham Tawfiq has played an impressive range of roles in his own life, from Marine to New York City firefighter to man of faith.

His best-known screen part to date is that of Dembe, stalwart field soldier for criminal mastermind Red (James Spader) on NBC's "The Blacklist." As the season resumes Thursday (9 p.m. EDT), Dembe's loyalty is in question after Red's near-fatal poisoning and he's on the run.

While any actor relishes shifting gears with a character, Tawfiq acknowledges being conflicted in this case.

He recalled receiving the script in which Dembe reveals Red's responsibility in a shooting: "When I read that, my heart dropped and I said, 'No, Dembe wouldn't do that!'"

Tawfiq knows firsthand, however, the twists that life can take. The New York-born actor, who skillfully deploys an African accent as Dembe, took an unexpected journey to a full-time acting career.

When he suffered an injury playing football at his high school in New York City's Harlem, Tawfiq tried a dance class as rehab. His talent was revealed and his love of the arts was sparked. His initial dream of playing college football had already been affected by his father's death when Tawfiq was a senior ("I went down the wrong path"), but given the chance to regroup and pursue sports, he zigzagged.

"I had my choice of going to summer school and to college or to France with a dance company, and I chose France," he said.

He made a snap decision to join the Marines because "I was getting in a little bit of trouble," he recalled. He served during 1990's Desert Storm, but said the challenges he faced had more to do with his faith than the limited combat the bombing operation demanded.

"Being born and raised a Muslim ... I had the battle of serving my country but at the same time standing up for my faith," he said. "So those were most of the challenges I had to deal with when I was serving and when I came home, and it took me a while to come to an understanding" of that.

The more lasting effect was a new sense of determination.

"Once I was in the Marines, I turned things around and made a checklist of everything I wanted to do in my life," including take every available civil service exam. That led first to a yearlong stint as a guard at New York's Sing Sing prison.

"That job was very depressing because, unfortunately, I ran into a lot of the knuckleheads that grew up on my block in Harlem. It became a very toxic environment," Tawfiq said.

Then the New York City Fire Department called with a job offer at a Harlem fire station, making him one of a small number of African-American firefighters in the city and something special to neighborhood youngsters.

"To actually serve the community I grew up in was amazing, and to represent this superhero-type guy for kids on the block," he said.

He called his two decades in the job "magical," but there were difficult times. As a firehouse newbie, he had to explain to wary colleagues his Sunni Muslim faith, including a tolerance for "people of all races, colors and religions."

"Unfortunately, especially after 9/11 when the word 'Islamophobia' hit the scene, a lot of that (distrust) was turned against me. I found it very strange after 10 years of leading by example and responding to 9/11. Having to defend my faith against people I had worked with was kind of disheartening."

His firefighting duties didn't keep him from taking acting classes on the side and auditioning for parts when possible. But then the character of Dembe Zuma was gradually expanded from a one-episode appearance to a key part of Red's life.

Said series creator and executive producer Jon Bokenkamp: "Hisham simply has a great presence, both on screen and in person."

The drama became another crossroad for Tawfiq.

"As I was getting to my 20th-anniversary year (in 2015) with the fire department, 'Blacklist' offered me a series regular role. It was a little scary at first: All of my life, I had been working a job and getting a paycheck every two weeks. And even though I was passionate about the arts, I was the oldest of five brothers, both my parents had passed away and I felt I had an obligation to take care of them," as well as his own family, including his teenage son.

Tawfiq decided to accept the change, he said, "as the blessing and gift that was presented to me."
Last Update: Apr 21, 2017 1:37 am
RELATED TOPICS