At SALT Galata, a Turkish artist imagines how archives dream 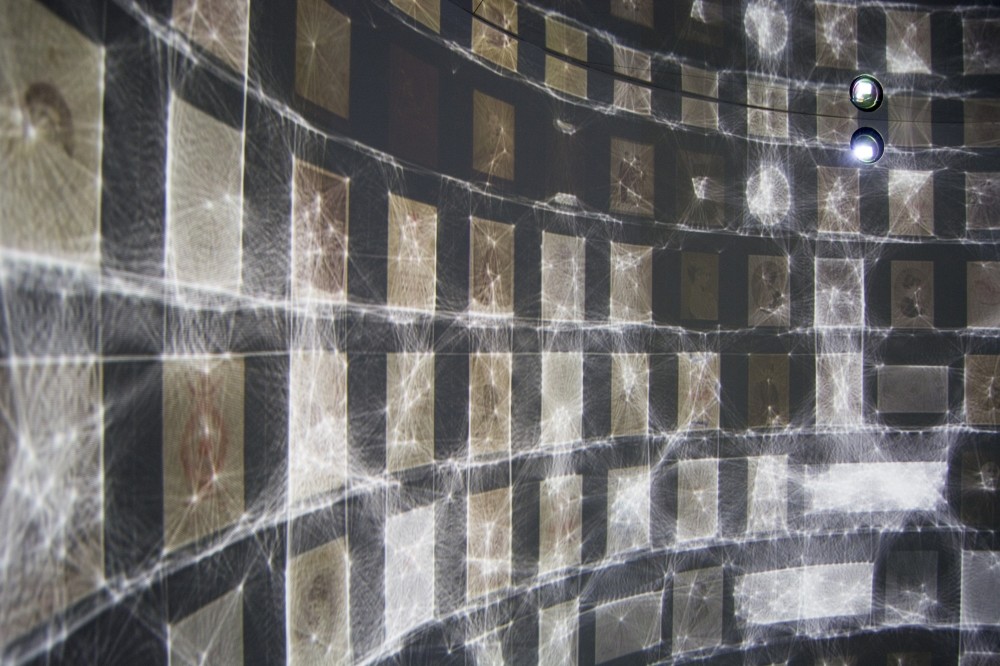 Refik Anadol was browsing through an archive of 1.7 million documents as if shuffling a deck of playing cards. It was early in the morning, and Anadol, the audio/video performance designer and architectural photographer, was visibly excited, apologizing for what he termed his nerdish explanations about "Archive Dreaming," his latest project.

The auditorium at SALT Galata was packed, and audience members reached for their Instagram when Anadol showed a visualization of the entirety of SALT's archive in one poetic image. After months of careful preparation, the artist had managed to visualize the fascinating interconnections between hundreds of thousands of documents. He produced an interface that visitors can use to browse through those pictures, books and newspapers with a touch of their hands on a tablet computer. And perhaps most daringly, Anadol has imagined the shape of the dream this archive would have at night: an uncanny collage of images of old Ottoman pashas and ruined buildings, items of a gigantic archive morphing into each other, as impressions from the previous day do in our dreams. 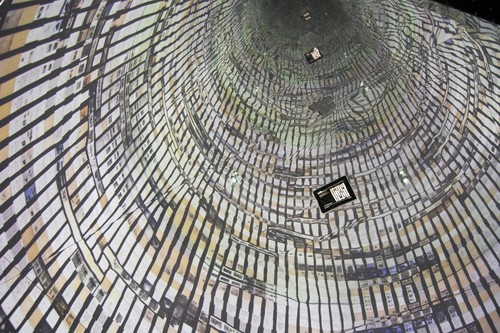 "Archive Dreaming is based on the resources of SALT Research, from all the online documents featuring detailed information from different disciplines," Meriç Öner, the institution's new director, said. "It was important for us to make use of both human intelligence and artificial intelligence for this project and discuss how art and history can be approached through archives."

The project is the brainchild of curator Vasıf Kortun and Anadol who discussed the subject of archives and art during a meeting last year. Anadol had taken pictures of SALT Research when it first opened, and Kortun had known his work for a long time. "I told him how little sympathy I have for new media installations that are so showy but are lacking of intelligence," Kortun remembered. "I have problems with the overlapping of the entertainment industry and new media installations. Together with Anadol we were searching for an alternative."

Then the subject of SALT's archive came up in the conversation. This archive has very strong metadata, the set of data that contains information about all the documents contained in the archive. The metadata provides numerous ways of approaching information; it serves as a tool for classification, while providing the potential for further interconnectedness. "I told Anadol how I didn't trust our archive specialists in dealing with this, despite their extraordinary skills as archivists," Kortun said. Apparently, the curator was curious about what an artist would make of the archive. 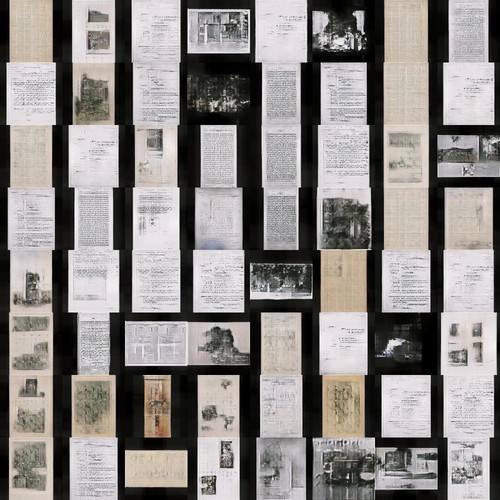 "Archives are far too important to be left completely to historians and archivists," he said. "And this is how the project kicked off."

Next, Anadol employed machine-learning algorithms to sort the relations between SALT's documents. Around the same time he was picked as a resident artist for Google's Artists and Machine Intelligence program that brings together engineers and artists.

He based the project on "The Library of Babel," a short story by Jorge Luis Borges where the author imagines a library containing all the 410 page long books of the world containing a particular character set. "While transferring Borges's idea to this project and trying to depict the vast amounts of data, we have had great difficulties," Anadol said. "Eventually, the artificial intelligence machine produced a space for the library and an image that represents the archive."

"Interactions of the multidimensional data found in the archives are, in turn, translated into an immersive media installation," according to the exhibition text. "Archive Dreaming, which is presented as part of The Uses of Art: Final Exhibition, is user-driven; however, when idle, the installation 'dreams' of unexpected correlations among documents."

Some visitors to "Archive Dreaming" will be reminded of "Data's Entry," Katherine Behar's 2016 show at Pera Museum, featuring machines running amok and animations depicting our use of cloud computing. Like Behar, Anadol finds a certain poeticness in the binary world of data. As his talk last week came to a close, he described the algorithm for his project as a poem. "This project is not science fiction," he said. "I want people to see it as a proposition from the future."