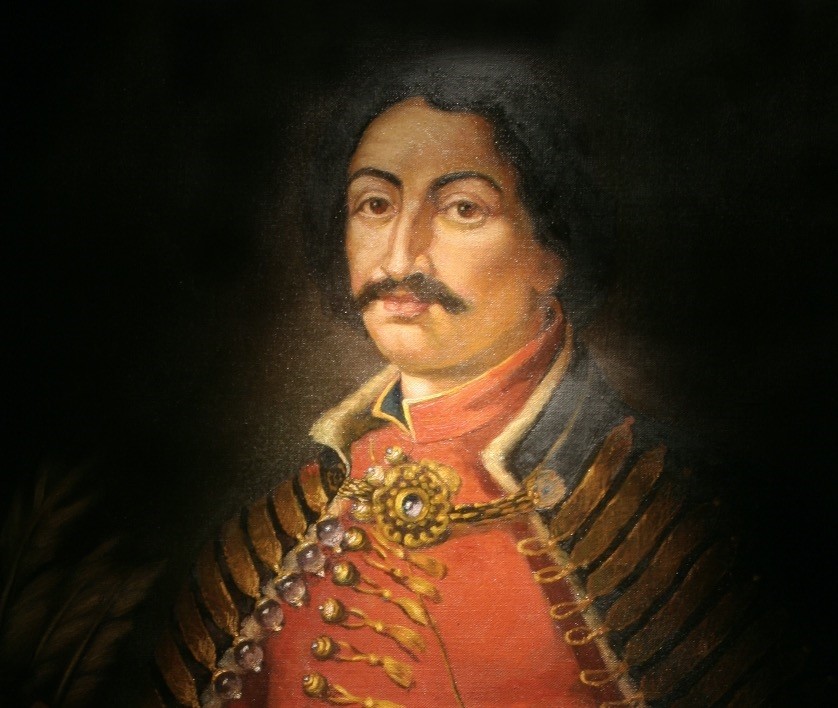 by Talha İnanç May 01, 2017 12:00 am
Turkish-Hungarian relations have a long history dating back to the Ottoman times, and even though relations have not always been friendly in the recent history of relations between Turkey and Hungary, cultural exchanges remained intense and today, we can still hear some shared linguistic patters, similar folk songs and cultural rituals that speak of the countries' shared heritage.

One of the greatest examples of the Turkish-Hungarian transitive cultural structure, especially in art, is Hungarian poet Balint Balassi, the first poet in Hungary to pay tribute to patriotism in a national context through his works.

Coming from a noble, wealthy family, Balassi's father was a prominent man under the rule of the Hadsburgs and was a great and famous warrior known around Europe. The young Balassi received a prestigious education and was educated by a Protestant zealot. He was well-versed and an intellectual man, though he faced many difficulties throughout his life. Balassi was rejected by the woman he loved and lost much of his fortune over time. His professional life was also marred with challenges and Balassi could not achieve the officer ranking that he hoped for during his time in the army. Moreover, at the same time that Balassi was dealing with the ups and downs of his life, the Ottoman Empire was advancing across the territories of Hungary.

Balassi's first work was a translation of Michael Bock's "Wurlzgertlein für die krancken Seele." He translated the work for his father in hopes to calm him during his time in exile in Poland. Regarding his father's rehabilitation, Balint accompanied him to court, and was also present at the coronation diet in Pressburg (today's Bratislava), the capital of Royal Hungary in 1572. Then, Balassi joined the army to fight against the invasion of the Turks. He served in the Defense of the Fortress of Eger as an officer where he fell violently in love with Anna Losonczi, the daughter of the captain of Temesvar, and evidently, from his verses, his love was not unrequited. After the death of Losonczi's first husband, she gave her hand to Krisztof Ungnad. Naturally, Balassi only began to realize how much he loved Anna after he lost her. He pursued her with gifts and verses but she remained true to her pique love interest and to her marriage vows, and he could only bless her memory in immortal and perfect verse.

Balassi was sent to the camp of Gaspar Bekes (the Hungarian nobleman who fought for the throne of Transylvania) to support him against Stephen Bathory (another rival to the throne, who later became the king of Poland). Balassi was taken prisoner and, after two years of captivity, he returned to Hungary soon after the death of his father.

Balassi married his cousin and later, his wife's relatives ruined his chance to rise through the army ranks. After converting to Islam with his son, he became obliged to be Catholic in order to escape defamation. He rejoined the army during the 15 Years' War and he lost his life during the siege of Esztergom in 1594.

Balassi wrote four types of poems: Hymns, patriotic and epic, lyric and adaptations from Latin, Greek and German. The poems he wrote in Turkish, as well as his adaptations of some Turkish works and his compositions from Turkish melodies have been uncovered in recent years. Balassi is one of the most prominent poets in Hungarian history and is considered a pioneer of modern Hungarian poetry. His works are significant as they exemplify the cultural exchanges between the Ottoman Empire and Hungary.
RELATED TOPICS