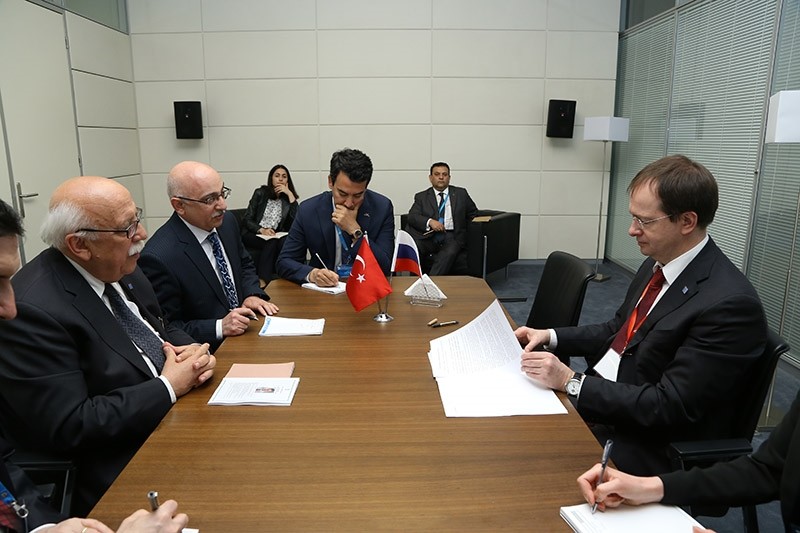 Culture and Tourism Minister Nabi Avcı and his Russian counterpart Vladimir Medinsky have agreed to produce movies and television series through a joint initiative between the two countries.

Avcı and Medinsky discussed cultural relations between Turkey and Russia while attending the 4th World Forum on Intercultural Dialogue in Baku, Azerbaijan.

Avcı stated that 2019 had been mutually announced the Year of Culture and Tourism as part of an agreement signed during the Turkey-Russia High Level Cooperation Council (HLCC) meeting in March, which was chaired by President Recep Tayyip Erdoğan and his Russian counterpart Vladimir Putin.

"In this context, we already started works regarding joint TV series and movie projects that will have a major contribution to the cultural lives of the two countries," Avcı added.

Avcı said that the ministry attached great importance to Turkish stories being used as the inspiration for series or movie scripts in Russia and vice versa, adding that Turkish scriptwriters were currently working on a piece by renowned Russian writer Anton Chekhov.

Russian Culture Minister Medinsky said that the two countries should promote both independent and joint projects.