Today, on World Communication Day, the Rahmi Koç Museum in Istanbul awaits visitors with the earliest inventions that paved the way for current digital technologies, like the first telephones, phonographs and receivers

Our ever-changing personal and social living standards have created approaches, habits and needs that have required new inventions throughout the history of humanity. From the first humans who integrated with nature and communicated by instincts to the invention of writing by Sumerians and from the printing press to the digital age of modern times, communication has always been a priority that "enabled us to take control of its meaning."

On the eve of World Telecommunication Day on May 17, the Rahmi M. Koç Museum in Istanbul will take visitors on a journey through the history of communication, showcasing a collection of historic tools for communication housed at the Mustafa V. Koç building.

The communication revolution, which emerged as information and industrialization collided, began with the use of the electrical telegraph working with the Morse code and the invention of the radio in the 1890s by Marconi.

These communicative tools were followed by innovative new forms of visual communication, which increased both the speed in which we receive information and its accessibility. Moving images took the place of stationary images offered by the fixed camera and the journey from TV to smart phones and tablets ensued.

From Thomas Edison's telegraph to the classic rotary Grammont telephone and from the dictation machines produced by Alexander Graham Bell's Dictaphone Company to piped gramophones, a range of historic tools for communication are on display in the Mustafa V. Koç / Lengerhane building at the Rahmi M. Koç Museum.

The original telegraph model was patented on February 22, 1876 by the American Patent Office. The original model of the automated telegraph machine that was developed to print real letters instead of Morse code is on display at the museum, along with its diagram. 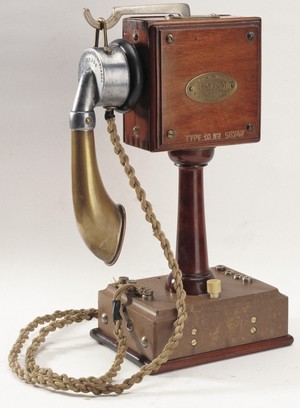 Produced by Societe des Porcelaines & Appareillages Electriques Grammont in 1916, the Grammont rotary phone has metal labeled wooden housing and a one-button base that is attached to a wooden support.

One of many Edison's inventions featured in the Rahmi M. Koç Museum collection is the phonograph, produced in 1903. Displayed inside of its original oak casing, the phonograph could play two to four-minute records.

The gramophone was invented by Emile Berliner on May 16, 1888. The HMV Model 21 is on display at the Rahmi M. Koç Museum and was manufactured by British company His Master's Voice in 1930.

Produced in Edison's Lab in the 1920s, the 78 revolutions per minute (RPM) record titled "To a Wild Rose" is on display. The record was donated to the Rahmi M. Koç Museum by Ece Billur Tanlak. 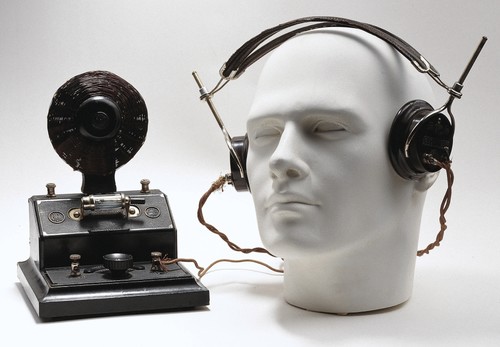 Dubbed the pioneer of modern cinema, William Horner's 1834 invention the zoetrope is also on display. The revolving cylinder has a slit on its top through which the pictures inside the cylinder give the impression of movement.