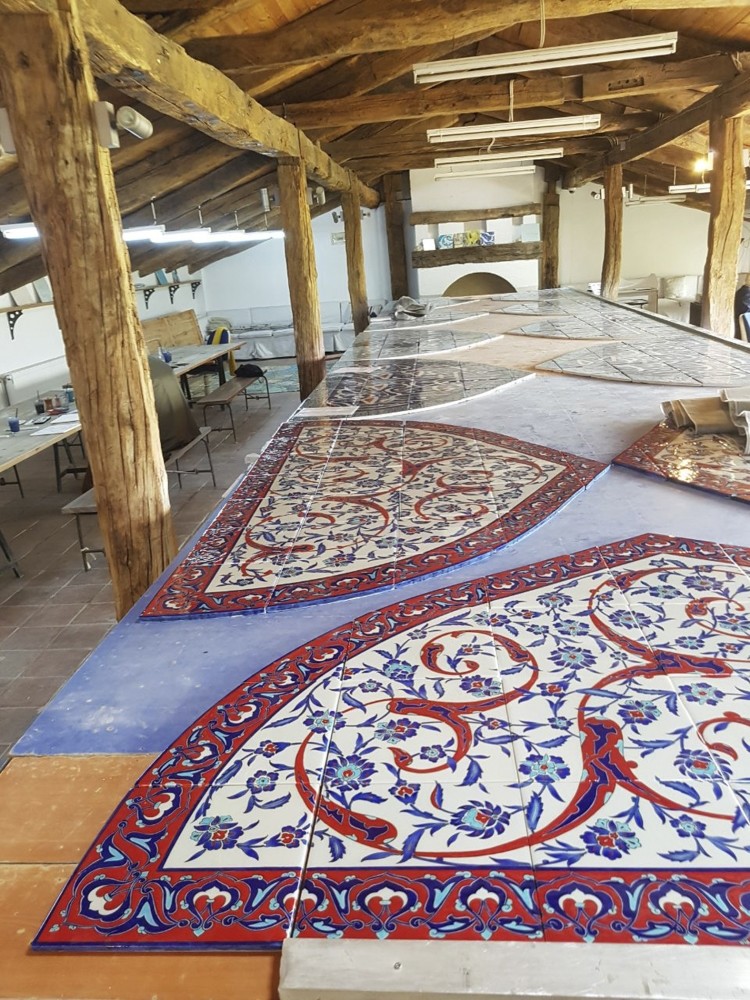 by Daily Sabah May 17, 2017 12:00 am
Organized with the cooperation of the Yunus Emre Institution and the İznik Foundation, the İznik Tile Workshop hosts artists from various countries until May 21. At the workshops, which will last for two weeks, artists will learn about the history and creation processes of İznik tiles, which date back to more than a thousand years ago. The artwork, harmonized with the local cultures of the artists, will be offered to art lovers.

The Yunus Emre Institution, which familiarizes the world with Turkish culture and arts, in cooperation with the İznik Foundation brought artists from several parts of the world together to study İznik tile, which is one of the oldest and ancient arts of the world. The artists, who came to İznik via the institution from Lebanon, Egypt, Palestine, Kosovo and Georgia, take part in both theoretical education about the Turkish tile art and participate in applied workshops. The artists, who learn the particulars of tile dyeing, ornamentation, drying and baking, will be presented certificates and artwork they have created at the end of the two-week workshop.

The history of the Turkish tile and ceramics, which plays an important role in the world history of arts, dates back to the 8th and 9th century, to the Uighurs. The heyday of the tile art, which underwent a great deal of change in the times of the Great Seljuk Empire and Anatolian Seljuk Empire, was the Ottoman Era.

Tile art of the 16th century is still accepted as being at the top of world tile literature. Research and applications of the İznik foundation, which were supported by the relevant departments of foundations like Istanbul Technical University, Istanbul University and TÜBİTAK, attract a great deal of attention both abroad and in Turkey.
RELATED TOPICS