A top African art gallery struggles to keep its footing 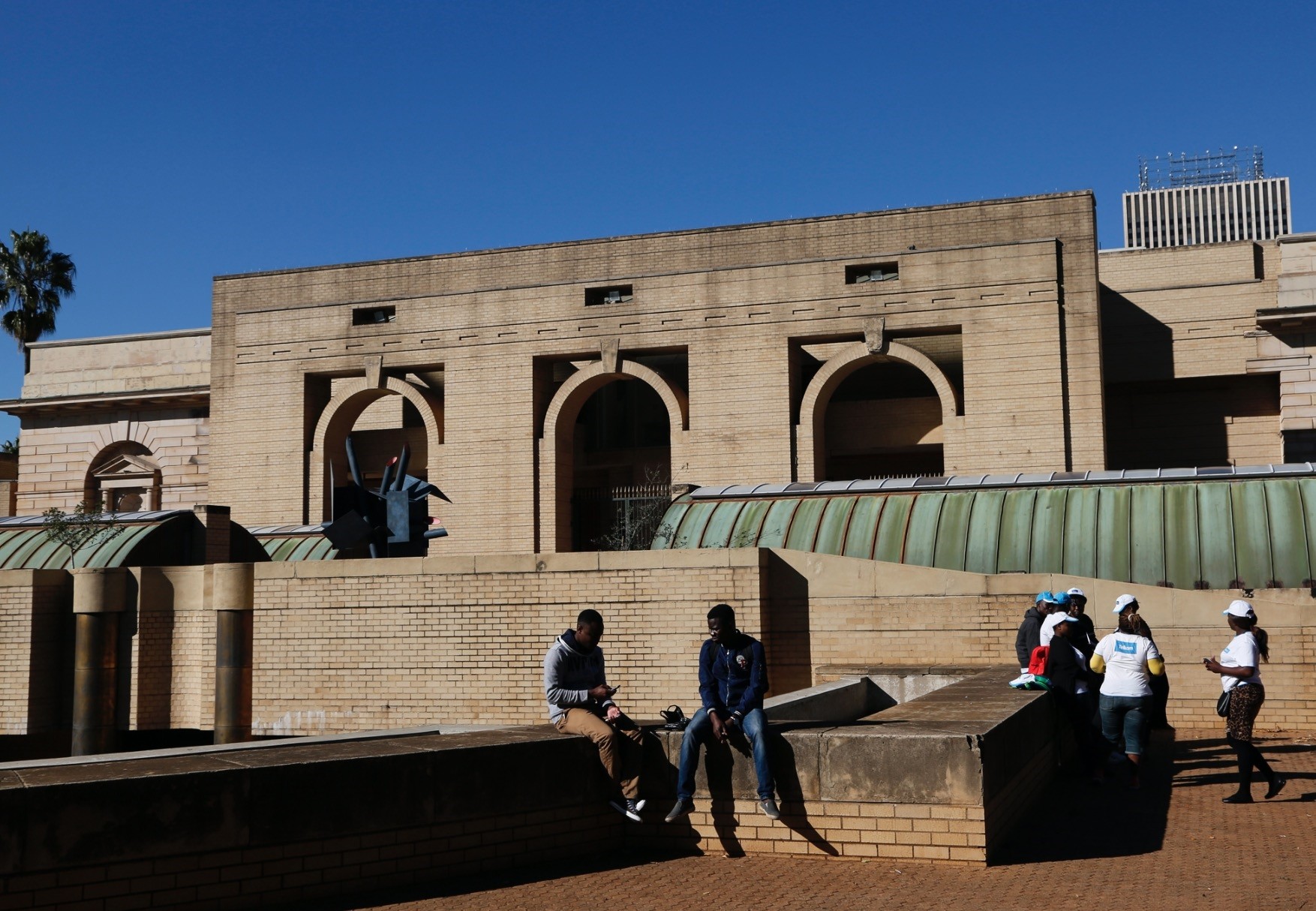 Photo shows people outside the closed main entrance to the Johannesburg Art Gallery, in Joubert Park.
by Associated Press Jun 05, 2017 12:00 am

At one of Africa's premier art galleries, thieves have stolen roof copper to sell for scrap, the telephones and security cameras don't work and half the exhibition space is closed and awaiting repairs. Yet for 21-year-old photographer Tshepiso Mazibuko, the chance to exhibit at the Johannesburg Art Gallery was a highlight of her young career.

"It was like a moment of triumph," said Mazibuko, who described herself as humbled to be following the path of prominent artists whose work has been displayed at the century-old gallery. Titled "Free From My Happiness," the 2016 exhibition by Mazibuko and two other photographers born after the 1994 end of white minority rule featured images of Thokoza, a hardscrabble area near Johannesburg whose name means "happiness" in Zulu.

Currently the gallery is loaning work by Claude Monet, Pablo Picasso, Francis Bacon and other luminaries to an exhibition in Monza , Italy, reflecting the depth of a collection that also includes contemporary South African art and traditional artifacts from southern Africa. For many years, however, the gallery has been in a dire state, struggling with water damage, botched renovations, low morale, thin staffing and a lack of municipal funding.

In the latest chapter of its troubled history, the gallery re-opened on May 7 after a three-month closure that allowed workers to shift art from an area vulnerable to rain leaks because of the theft of roof material into safer storage spaces. No artwork was damaged by water seeping into the downtown gallery, whose original structure was designed by British architect Edwin Lutyens in the early 20th century.

The gallery's deeper challenges include identifying audiences in a country with pressing social problems and a history of racial conflict and reconciliation. It used to attract affluent, and overwhelmingly white, patrons until the last years of apartheid, but many South African urban areas changed as blacks, whose movements were previously restricted, migrated to the cities.

Now the stately, colonial-era gallery at Joubert Park seems out of sync in its gritty, low-income neighborhood. Many people in the area are immigrants from other African countries, making it hard for the gallery, where admission is free, to establish ties with the transient population.

"There's a section of people who are nervous about coming here because they're scared about the area" and then there are "people in the area who are scared to come to the gallery because it's an intimidating, imposing space," said registrar Tara Weber.

The gallery wants to focus more on hosting artists from around Africa even as it highlights art that may be associated with an earlier era of white domination, she said.

"I don't think it's something that can be ignored, but I also think that it's possible for us to have these things in our collection and appreciate them for what they are without kind of denying the problematics of their history, and also of the building as well," Weber said.

After delays caused by municipal bureaucracy, the gallery lent French print masterpieces for a seven-month exhibition that ends June 4 at the Leon Dierx museum on Reunion, a French island in the Indian Ocean. In an email, museum director Bernard Leveneur said more than 19,000 people had visited the show.

The Johannesburg Art Gallery re-opened with "South Facing ," an exhibition of sculptures by Mozambique-born Angela Ferreira. While turnout was big for the launch, only a few people walked the halls on a recent weekday morning, though school groups visit regularly.

"We still have the same struggles, the same battles, that we've been going through for years now," said Musha Neluheni, the acting chief curator. But she added: "We don't want to move. We like our building."