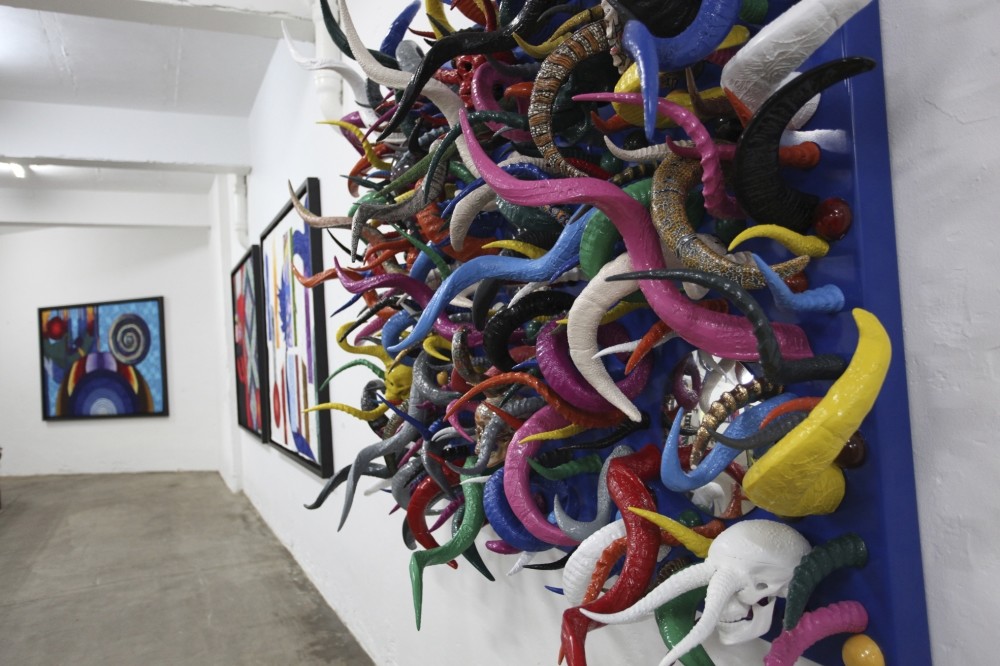 The Rosenhang Museum in Germany has included the works of renowned Turkish artist Ahmet Güneştekin to its collection, under the title "The Blue Legend."

The exhibition, consisting some of Güneştekin's iconic works opened yesterday. It is being organized by Galerie Michael Schultz and will remain open until Aug. 31.

An anthology from one of the exhibited works of the artist will be included in the museum's collection.

The Rosenhang is an art museum that was converted from an old brewery located in Weilburg, a place where tradition and the modern intertwines.

Patchwork interventions, the use of metal and mirror via hybrid methods on wall reliefs and dimensioned tableaus, re-evaluations of mythological stories and religious items and a combination of concave mirrors and metal frameworks with optical illusions and color transitions are the works featured in Güneştekin's "The Blue Legend."

The artist expresses himself by combining the characteristics of his own culture and its mythology with modernity.

Although he creates similar works in terms of form and composition, his material-based fictions undergo changes. What is interesting about his work is that Güneştekin reflects the micro-structural subtleties in textile work on oil painting or vice versa. He manages to preserve the magic and mystical level in oil painting as well as in his textile works.

"The Blue Legend" offers an opportunity to observe the artist's unique area, fictionalized by symbolism, under the effects of mythology and modern religions. Implying a combination of the modern and the traditional, it offers a new path for dialogue between the new and those resisting change.