Artist completes paper filigree of 'Conquest of Constantinople' in 8 months 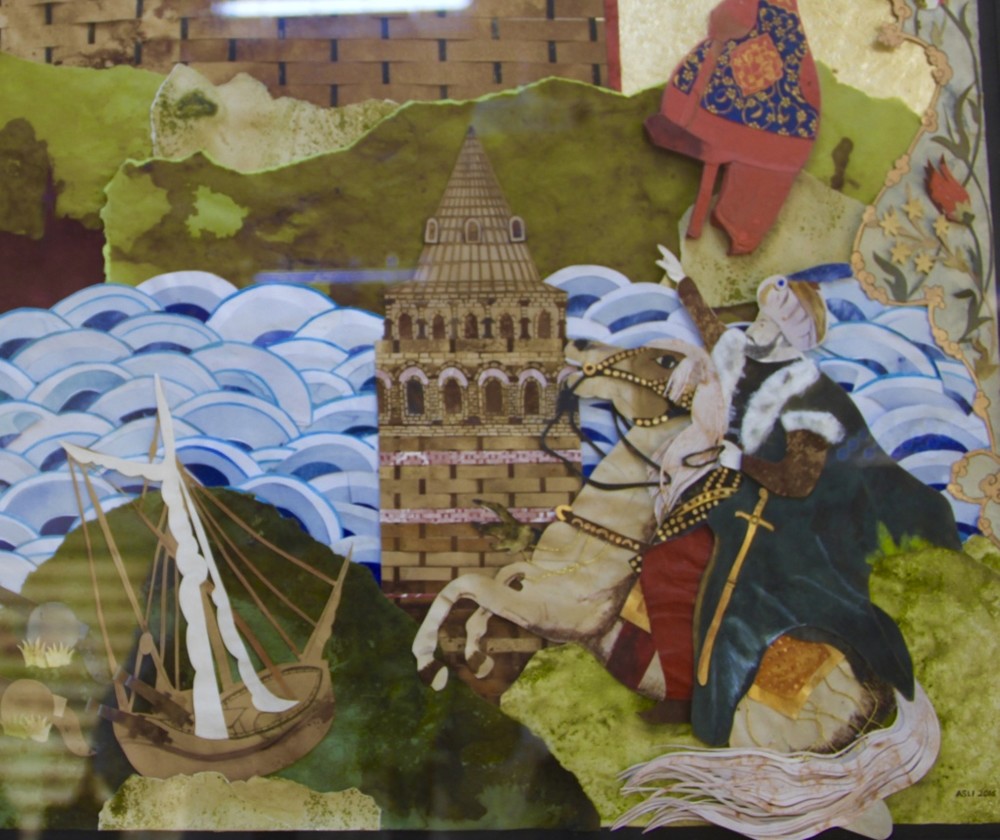 Through the art of paper filigree, which rose to prominence in the 15th and 16th centuries but has lost popularity in recent years, Alkan engraves historical events, symbols, figures, motifs and objects on paper.
by Anadolu Agency Jun 07, 2017 12:00 am

Master tutor of paper filigree Aslı Alkan, who lives in Sivas, has taken eight months to complete an engraving of the conquest of Constantinople by Sultan Mehmed II on paper.

Training 30 students in many fields in addition to paper filigree at the Farabi Youth Center, Alkan, 40, is trying to keep the art of filigree alive. 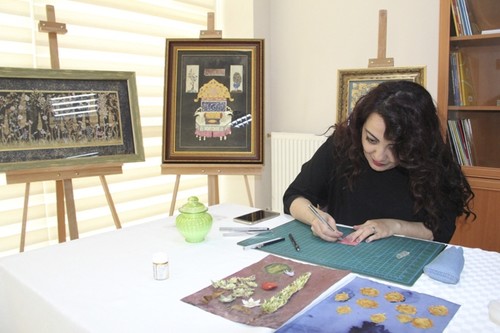 Through the art of paper filigree, which rose to prominence in the 15th and 16th centuries but has lost popularity in recent years, Alkan engraves historical events, symbols, figures, motifs and objects on paper.

Through the art of paper filigree, which rose to prominence in the 15th and 16th centuries but has lost popularity in recent years, Alkan, who began the art at university, engraves historical events, symbols, figures, motifs and objects on paper. Sustaining the art of paper filigree in the classical way, Alkan produces works on the Ottoman and Seljuk eras in addition to the theme of the conquest of Constantinople.

Working in two dimensions on paper, Alkan first colors the paper via natural methods by using colorants like tea, coffee, onionskin and purple cabbage. Afterwards, she meticulously cuts the patterns she draws down to the last detail and starts the bonding phase. She then turns the work into a tableau in the last phase.

Presenting her work for sale, Alkan talked to Anadolu Agency (AA), saying that the art of paper filigree was invented in Iran between the 15th and 16th centuries.

Saying that motifs and writings are engraved on paper and then given their final shape in paper filigree, Alkan said: "It is not a popular art. The number of people who have heard about paper filigree is very few. Just a few masters work with paper filigree to try and introduce the art."

Explaining that she works in the classical style, Alkan added: "We color the paper in the beginning, which is the most important element of this art form. For this phase, we use vegetable and fruit colorants like onion skin, tea and coffee. We also use alum, needed for preserving the colors. Then, we decide on the motifs and engrave them on the paper before taking them off. During the bonding phase, we follow a specific composition. And lastly we turn all the work into a tableau. Conceptual works may require quite a long time to create. For example, it took eight months to complete the 'Conquest.' I worked on prominent centers as the symbols of the conquest by Sultan Mehmed II. I made an adaptation of the tiling works at Topkapı Palace. I also tried to revive Mehmed the Conqueror's caftan and helmet, Istanbul city walls, Galata Tower and the transport of the ships over land as a part of the conquest."

Alkan stated that she made the works according to visitors' taste and added, "The works were presented for sale at a price between TL 1,000 and TL 7,500."