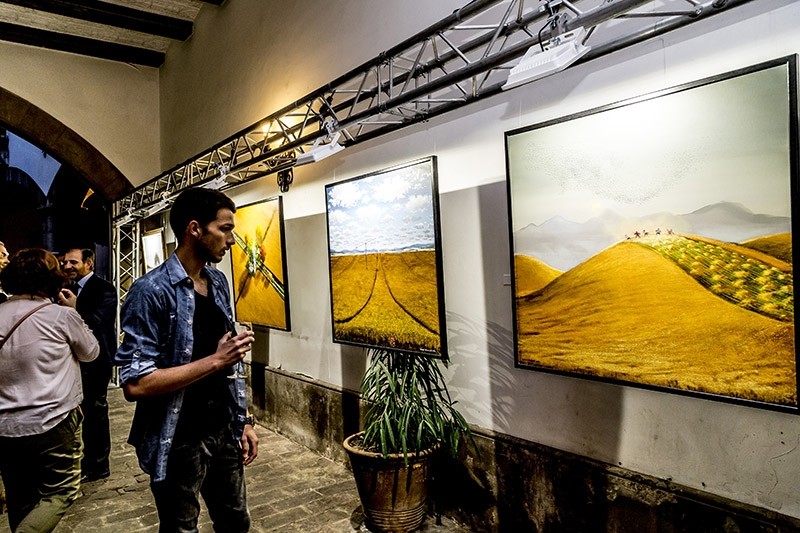 Turkish artist Yalçın Gökçebağ's paintings are being displayed at the L'Iber museum in eastern Spain's Valencia.

During Tuesday's opening ceremony of the exhibition titled "Landscapes of the Rural Anatolia," Turkey's Madrid Ambassador Ömer Önhon said that Gökçebağ's paintings spread positive energy, which was in harmony with Valencia's friendly and warm atmosphere.

The reception was also attended by officials from the local administration, deputies and art critics.

Artist Gökçebağ, who is considered to be a major force in Turkish contemporary pictorial art, chose Turkey's Aegean and Anatolian regions as a theme and reflected nature, people and the rural way of living on his canvasses.

The will exhibition will be open for visitors until June 11.