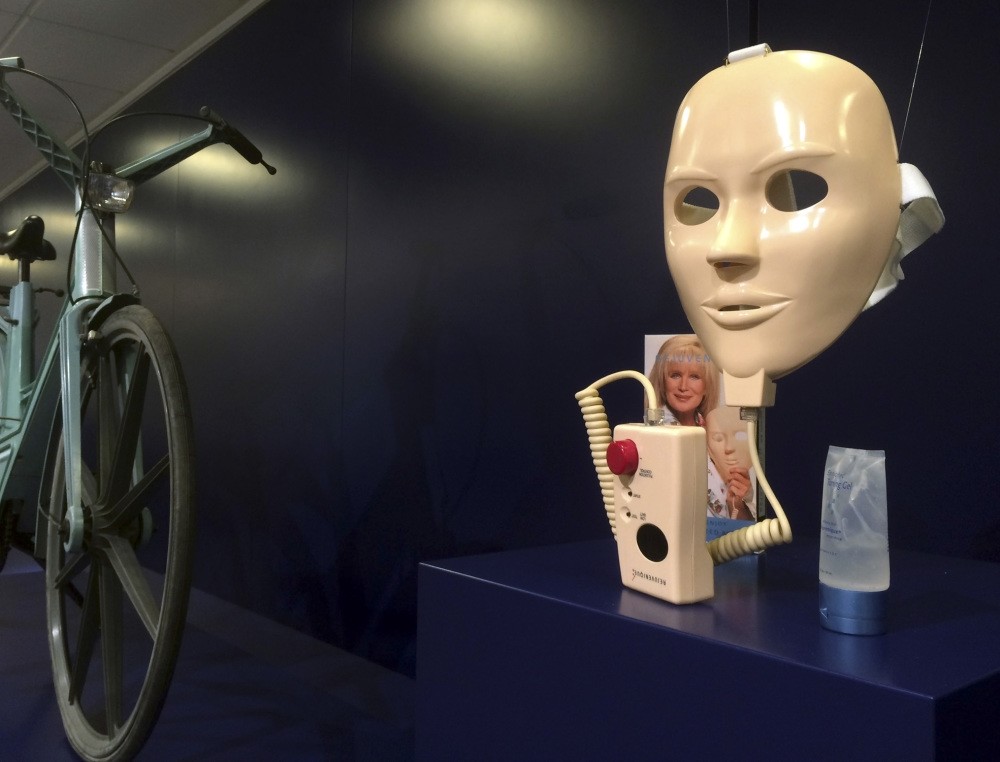 Some inventions seem too beautiful to be true. Fat-free crisps, for example. Who doesn't want to snack away without a guilty conscience?

During the health-crazed 1990s, the fat-free additive Olestra became a hit and seemingly made counting calories superfluous.

However, the buzz only lasted briefly. The substance had unpleasant side effects.

"The problem was that you got diarrhoea," says Samuel West. "After eating a whole can of fat-free Pringles, you could end up sitting for a while."

About 70 failed or doomed inventions are on display at his "Museum of Failure," which opened Wednesday in the southern Swedish city of Helsingborg.

"I had enough of all the success stories," says the curator, who has U.S.-Icelandic roots and is a trained psychologist. "It is important to accept failure. We can learn a lot from it," he tells dpa.

According to West, 80 to 90 percent of all inventions flop. In his experience, large corporations are anxious to sweep the failures under the carpet. Many firms declined to speak to him when he contacted them.

West says he would have liked to know what the companies were thinking concerning some inventions. One example was a purple and pink ballpoint pen, decorated with glitter that pen company BIC designed for women. "Can't women use regular ballpoint pens?" he asks.

Other examples of duds are the doll that speaks to children through voice recognition and passes on data from children's play areas in U.S. shopping malls, or Google's augmented reality spectacles Google Glass which had a built-in camera.

Restaurants in San Francisco for a while had signs on their doors saying "No dogs, no Google Glass," West says.

In the 1980s, toothpaste maker Colgate thought it would be a good idea to venture into the frozen food market. What a dud! "People asked themselves: Does this taste like toothpaste?" West adds.

Harley-Davidson's branded perfume did not wow motorcycle fans, while a Donald Trump-board game failed to fly off the shelves.

The curator jokingly says he could have dedicated an entire museum to failed products linked to the businessman-turned-U.S. president: "Trump vodka, Trump University, Trump steaks ..."

Not all the products that West, together with a designer, has collected have faded away completely.

A pedestal showcases Segway, the two-wheeled electric vehicle. When it was unveiled, expectations were huge, the 43-year-old says. Some even speculated it would "replace the car and the bike."

"Today it's just a silly toy for tourists."

Among the exhibits are many technical devices that could not be implemented. Shortly before the VHS recorder was unveiled by JVC of Japan, electronics giant Sony launched the rival Betamax system in 1975.

"It was the better product," West says of the Betamax, but noted that Sony refused to distribute licences to other companies, while JVC quickly built up a network of partners and offered more films to its customers.

"Sony learned from the mistake," he says. "When the CD was released, the company joined forces with the music industry."

Yet the company experienced another flop with the MiniDisc, which failed to best the CD.

This summer, West not only wants to exhibit inventions that have fizzled but also to invite guests to evenings to sample a failed gourmet menu or listen to a concert with failed music.