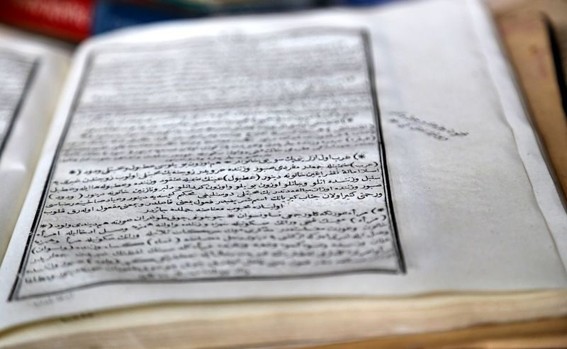 New software that enhances the international accessibility of Ottoman Turkish manuscripts has recently been developed in Turkey.

Boğaziçi University graduate Ahmet Abdullah Saçmalı introduced the software he developed in order to contribute to the international accessibility of Ottoman Turkish texts at digital platforms.

According to the written announcement made, Saçmalı, who is a 2006 graduate of Sociology and History from Boğaziçi University and continuing his doctoral studies on religion and nationalism at U.K.'s Durham University, has developed, "LexiQamus," in order for researchers to have better access and easily read the Ottoman Turkish archive documents as he himself has suffered from this problem during his studies.

The website with the same name has 177 words and phrases compiled from 19 different dictionaries. Users can find the words they cannot read on Ottoman Turkish manuscripts and now they can achieve results within seconds that otherwise took days of researching. Enabling Ottoman Turkish scripts to be read much faster now, the software is referred to as a resource by some of the leading universities of the world including Cornell, Michigan State, McGill, Duke and Yale.

According to Saçmalı, the target audience of the website and the software is those who have advanced knowledge of Ottoman Turkish and can decipher manuscripts and he added that he wants to include Arabic and Farsi to his project in the future.

"Current dictionaries could help if you just can read the last two letters however, if the first two letters or letters in the middle cannot be read and if there are signs that may correspond to more than one letter, they aren't any good at guessing the actual word. LexiQamus steps in right at this moment," said Saçmalı and added that the software takes the letters you entered and the parts that are unreadable as a base and enables one to discover the words you've been looking for which otherwise would take days to find searching through dictionaries.

He highlighted that otherwise, researchers have to go through dictionaries one by one which is a waste of time and that a PhD student could finish their studies much earlier than planned thanks to this software.

Saçmalı also stated that words appearing on the site are transmitted online through links to Ottoman Turkish dictionaries.