The perceived and real at Galata Greek School 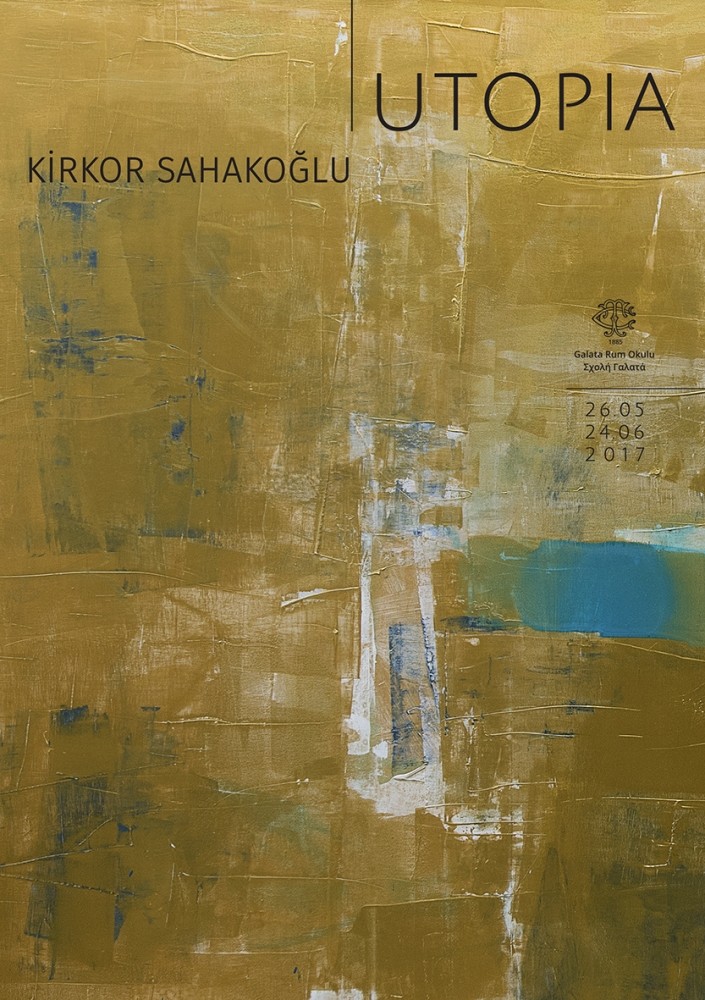 Galata Greek School has been hosting the UTOPIA exhibition of Kirkor Sahakoğlu since May 26. The exhibition, prepared over a number of years, is inspired by German philosopher and sociologist Theodor W. Adorno's quote: "We are at the crossroads where reality resembles a lie and a lie resembles the reality."

The artist says that our lives, especially within the last 50 years, are far from reality, having entrapped us on a stage of illusion from which we will never be able to escape. He tried to move away from this dystopia and search for a utopia on other shores, trying to figure out a solution. Underlining more than one time and dimension within a real location, one end of Foucault's "Heterotopia" reaches the streets, shaping life, while the other extends to other shores.

At the utopia he created, Sahakoğlu meets the sea, Zorba the Greek, Yannis Ritsos, Azra Erhat and Herodotus, and experiences feeding the other, sharing, trusting someone for no reason, tolerance and having no regrets.

Born in Istanbul, Sahakoğlu attended the State Applied Fine Arts Vocational School and studied advertising and graphic design after graduating from Getronagan High School. He did his masters at Istituto Europeo Di Design in Milan. He received training at Domus Academy and attended workshops there.

Since 1985, he has been acting as art director and creative director for various advertising agencies in Turkey. He founded his own advertising agency and supported many companies and products at the branding stage, winning many Crystal Apple awards. Since 2010, he has been providing consulting services to many freelancers, agencies and companies, and also teaches in the Graphic Arts Department of the Fine Arts Faculty of Marmara University and organizes workshops.