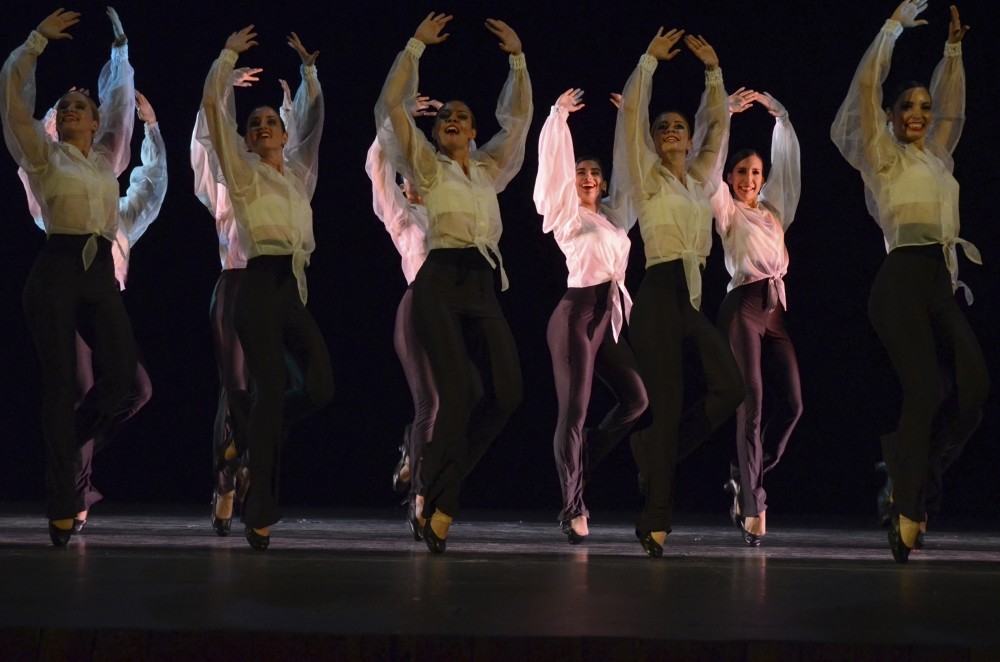 The world-famous Lizt Alfonso Dance Cuba group will perform on two consecutive nights in July in Bodrum as part of the Bodrum Ballet Festival that will take place between July 24 and Aug. 12

Having dreamt of establishing her own dance group and bringing it to the world stage since she was a child, Lizt Alfonso realized her dream when she was just 23 years old. Now, her group Lizt Alfonso Dance Cuba is one of the most prominent dance and music groups in the world. Known for her determination, simplicity and inventive combination of dance styles, Alfonso was granted several awards including the Cuban National Medal of Culture, the Dora Grand Prize in 2008, the top prize of the Cuban Association of National Writers and Artists in 2006 and 2008 and the Cuban Artist Foundation of New York Award in 2001.

Alfonso's success in being the creator, choreographer and director of the group's performances has allowed her masterpiece to become the first Cuban dance group to take the stage on Broadway. Mesmerizing audiences with performances in several countries including the U.S., Canada, Spain, France, Germany, New Zealand, Egypt, Qatar, South Africa, China, the Netherlands, Belgium and Colombia, Lizt Alfonso Dance Cuba has been highly praised by critics and is now ready to offer another splendid night to dance lovers with a performance full of colorful Cuban music and the cha-cha, mambo, rumba, conga and bolero rhythms in the south Turkish city of Bodrum during the 15th International Bodrum Ballet Festival that will run between July 24 and Aug. 12.

As a young girl at the age of 4, Lizt Alfonso began her first ballet courses, dreaming of one day founding her own dance group that might one day take the world stage. She founded her dance group in 1991 and the group, combining various genres of dance and music, quickly became one of the world's most prestigious ensembles with its fabulous, expressive dance moves.

Displaying Cuban culture through various dance rhythms and colorful performances, Lizt Alfonso Dance Cuba is now one of the world's most popular dance ensembles. Combining flamenco, ballet and modern dance with Spanish and Afro-Cuban rhythms, the group also has a smaller ensemble which composes original soundtracks specifically for the group, accompanying them throughout their performances. Lizt Alfonso Dance Cuba also owns a dance school which is approved by the Cuba International School of Arts, where thousands of ballet students ranging in ages from children to adolescents have completed dance instruction.

As a result of shows performed under the leadership of Alfonso as both choreographer and director, at the New Victory Theater in New York, in 2003 the group took the stage in theatres worldwide, across five continents. The ensemble attended several prestigious festivals including the Vail International Dance Festival, the Christ Church Arts Festival the Tall for Dance Festival and the International Guitar Festival.

The group, which began to produce dance music in 2007, performed the show "Vida" at Toronto's Royal Alexandra Theatre with the help of Mirvish Productions and also performed "Amigas" in Hamburg with the Schmid Tivoli Production company.

Alfonso also performed in the video clip "Bailando" by Grammy award-winning Enrique Iglesias, a video that has been watched by millions of viewers on YouTube.

With the "Latido" show in 2017, Alfonso expresses the contrast between life and death combining flamenco, ballet, contemporary dance and various forms of folk dance.

The group will perform for dance lovers in Bodrum on July 28 and July 29, offering a visual feast that reflects the group's unique fusion of dance and Cuban culture.