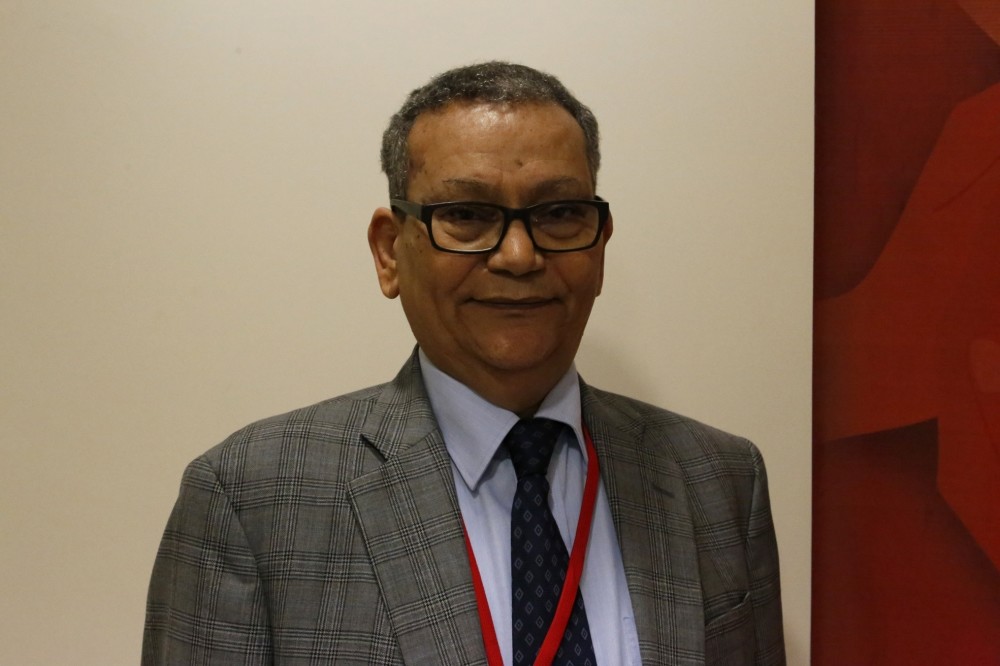 "I have observed in my experience that the English translation of Turkish poems contributes greatly to the overall success of the work. I believe that Turkish poems should also be translated into Arabic as soon as possible, as Arabs have a desire to read the work of prominent writers of Turkish literature in Arabic," he said.

Explaining that his interest in literature began in his childhood, Hudayri said: "I was inspired in my literary adventure by two of my schoolteachers. The first was my Arabic teacher in public school, who was also a poet. The second source of inspiration for me was my French teacher in high school, who had a keen interest in literature. Both of these instructors had a profound impact on my relationship with literature."

Recalling how he began to write novels, stories and poems over time, Hudayri said that his novels have been translated into English and that, over the years, he began writing in English.

Speaking about how deeply affected he was by Mustafa Lutfi al-Manfaluti, one of the most prominent writers ever in the Arab world, Hudayri also spoke about how his taste in poetry developed: "No matter how I approached various poems of writers from different countries and cultures from around the world, I was most affected by Andalusian poetry. Syrian poet Nizar Qabbani, on the other hand, played an important role in the formation of the literary world."

Stressing that poetry translation is a problematic and controversial issue even for him, Hudayri said: "I translate poems from Korean, Spanish, Persian, English and Malay languages to Arabic. The most difficult aspect of literary translation is poetry translation. Poets are untranslatable, according to Dante. One of the cornerstones of Arabic literature, al-Cahiz, also claims that an Arabic poem loses its mystery when translated into other languages."

Lamenting the difficulty in developing an appreciation of art and literature in the Islamic world, Hudayri added: "I believe that the Islamic world can overcome these problems with exposure to literature. Literature conveys messages within itself that surpass the ages. In most parts of the world, poetry functions as a healer of social problems. The human soul is edified thanks to the arts. For this reason, it is important for the youth to develop a close relationship with literature and the arts. Poetry offers courage, honor, ethics, honesty, patriotism and love. We must attach particular importance to children's literature as well, since childhood is a phase in life when all the seeds are sown. We need parents to instill in their children a love for literature."

Saying that he thinks Turkey is on its way to becoming a powerful symbol of leadership in the region, Hudayri added: "We think that Turkey is a freestanding symbol of strength in the Islamic world. It is a powerful country in terms of both its economy and standards for higher education.

Turkish youth must really pay attention to their education."

Hudayri also stressed that as a result of projects in culture and the arts, Turkey's youth can fortify their ties with the Islamic world.