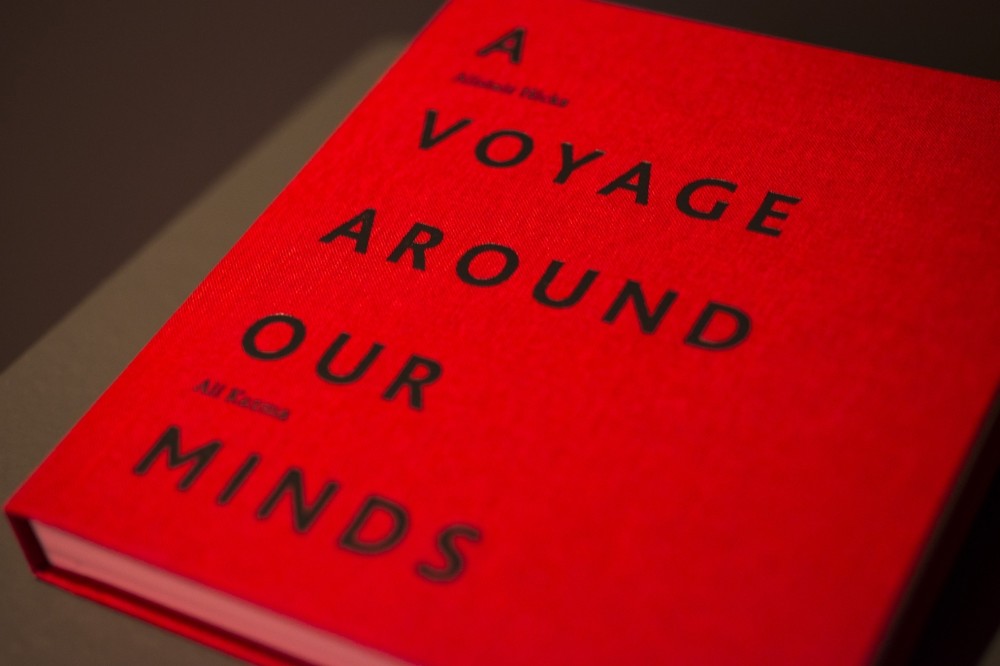 As part of its ongoing exhibition "Doublethink: Double Vision," Istanbul's Pera Museum will hold a discussion and a book promotion event at the Pera Cafe today at 6:30 p.m.

At the event, artist Ali Kazma will discuss his video, "House of Letters," that narrates Alberto Manguel's library with the curator of the exhibition, Alistair Hicks.

It will also promote Hick's new book, "A Voyage Around our Minds," which was printed by the Ofset Publishing House with contributions from Ayşe Umur and designed by Ayşe Bozkurt.

Kazma's works have been featured at various biennales and art galleries around the world. He completed his Master's Degree at New School in New York in 1998 and returned to Istanbul in 2010.

He has attended biennales in Venice, Istanbul, Sao Paolo, Curitiba, Thessaloniki, Lyon, and Havana. His work "Resistance" was exhibited at the Turkey Pavilion in 2013 Venice Biennale.

Other institutions that have featured his works include the Museum of Contemporary Art in Lyon, ARTER in Istanbul, Lenbachhaus in Munich, MAXXI in Rome; Hirshhorn Museum in Washington and MEP in Paris.

Alistair Hicks was the chief curator of the Deutsche Bank's art museum and is the author of "School of London," "New British Art in the Saatchi Collection," "Contemporary Art at Deutsche Bank" and "Visual Art Compass."

"A Voyage around Our Minds" (The Museum of New Art, Freiburg, 2017) is her latest work.

Admission to the event is free, but seats are limited and no reservations can be made. The event will be held in English with simultaneous Turkish translations.