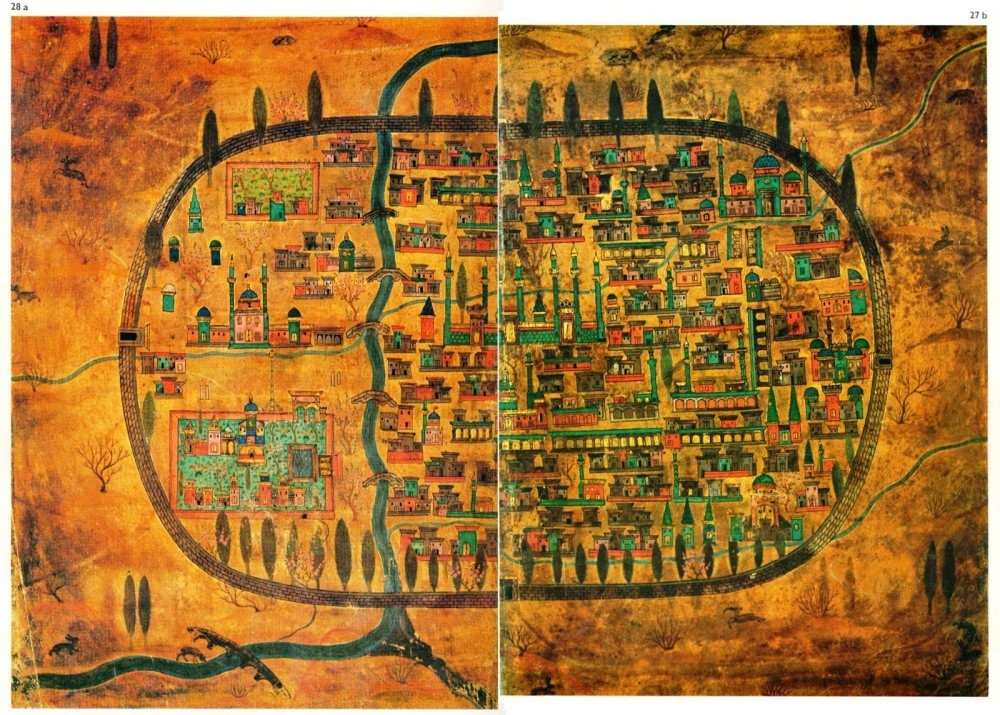 The current stop in the series of exhibitions on Matrakçı Nasuh, known as the ‘Da Vinci of the East,' is Rome. To be followed by two other exhibitions in Washington and Budapest, the exhibition, organized by the Turkish presidency features various works by the famous Ottoman miniaturist, calligrapher and poet

An exhibition titled "The 16th Century Genius Matrakçı Nasuh", which focuses on the Ottoman artist as a poet, calligrapher and miniaturist, is on display in Rome.

Created under the auspices of the Turkish presidency and organized by the Istanbul Association of Intercultural Art Dialogues (İKSAD) within the communication global partnership of Anadolu Agency (AA), the "16th Century Genius Matrakçı Nasuh" exhibition opened at the historical library of the Societa Geografica Italiana Association.

Curated by Beste Gürsu, the exhibition contains works by 12 female artists under the guidance of miniaturist Sevim Ersoy.

Forty-one works by Matrakçı Nasuh, including the anthology prepared with city maps in "Beyan-ı Menazil Sefer-i Irakeyn" – a miniature work by Matrakçı about the first expedition to Iran by Süleyman the Magnificent – and "Tarih-i Feth-i Şikloş Estergon and İstol Belgrad" (History of the Conquest of Şikloş, Üstürgon and Üstol-Belgrad") and engraved on tile plaques; an anthology prepared with Matrakçı's couplets engraved on calligraphy plaques and some of his works on tile were displayed in Rome. 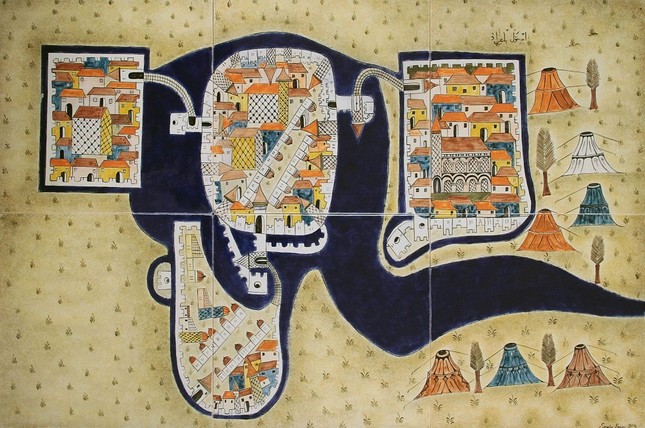 The exhibition, which attracted considerable attention in Italian, broke new ground. Directed by Ali Sina Gürsu, the documentary "Matraki, an Ottoman Star", made its first run at the exhibition.

Next stops: Washington and Budapest

The exhibition was organized by UNESCO Turkey National Commission member İKSA. UNESCO has named the 2016-17 season "the year of Matrakçı Nasuh". UNESCO Turkey National Commission Deputy Chairman Akif Kireççi said: "Despite it being nearly 40 degrees [Celsius], the saloon was nearly full. About 20 ambassadors along with art lovers attended the exhibition, a big honor for us."

The exhibition was conducted under the auspices of President Recep Tayyip Erdoğan. Kireççi said: "As the deputy chairman of UNESCO Turkey National Commission, I also feel great honor and pleasure supporting these projects. The next stops after Rome are Washington and Budapest. Then, lastly it will be completed at a closing exhibition that will be held at the Beştepe Complex in Ankara. These cultural activities are really important. I hope that such activities go on and increase in number with time." 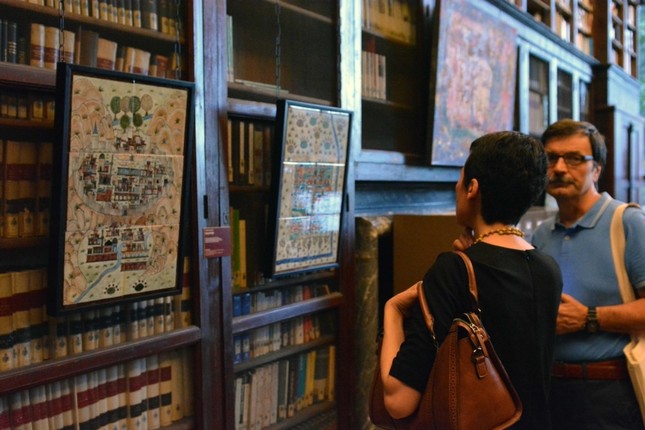 Matrakçı: Da Vinci of the East

Exhibition curator Beste Gürsu said: "We are really happy to reach Rome as the eighth stop of the project. We have two stops left: Washington and Budapest."

Stating that Rome is of high importance for them, Gürsu added, "Every study and piece of information we have presented up to today, we have called Matrakçı Nasuh the 'Da Vinci of the East.' It was important to make the Da Vinci reference for Italians. Also, we simultaneously made the first run of the documentary "Matraki, an Ottoman Star." Both attracted great attention. I want to express my gratitude to all the contributors. It was a great team effort. Everyone worked with great devotion."

"Today, we have opened an exhibition that is going around the world, under the auspices of our President Recep Tayyip Erdoğan in Rome. It is really an important work in terms of promoting Turkey, Turkish culture and history," Turkish ambassador to the Vatican Mehmet Paçacı said.

Stating that the work by the Ottoman artist engraved on tile plaques made the exhibition more attractive, Paçacı added: "Matrakçı Nasuh is a man of many parts. He produced prominent works in all the areas he worked in. He is known as a war artist, however there are also poems written by him. He was a mathematician who, at the same time, made the maps of the cities he visited with sultans. Taken as a reference, these maps are so detailed it is possible to detect several buildings that are lost today."

Exhibition Beste Gürsu presented a "thank you" plaque to the head of Societa Geographica Association, Filippo Bencardino for hosting the exhibition.

The exhibition will be open in Rome until July 28.