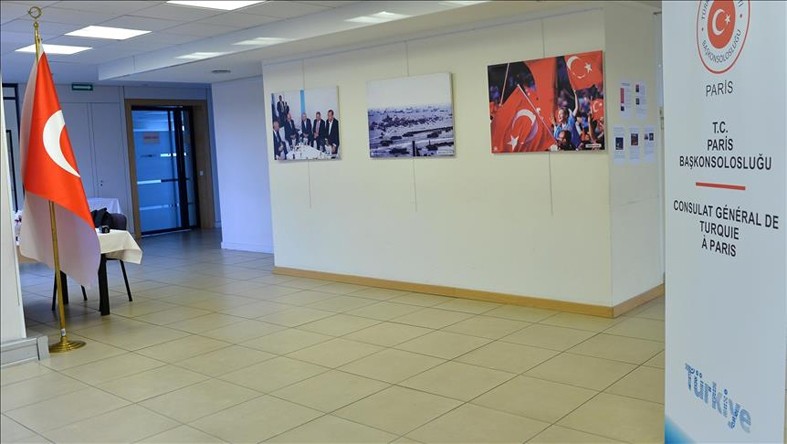 An exhibition featuring Anadolu Agency footage and photos from last year's coup attempt opened on Monday at the Consulate General of Turkey in Paris.

"The Victory of Democracy: July 15, 2016," which runs until July 14, shows about 20 photographs taken by Anadolu Agency photojournalists.

Turkey's consul general in Paris, Görkem Barış Tantekin told Anadolu Agency the July 15 failed coup attempt was "perhaps one of the heaviest, gravest and bloodiest terrorist acts" in the history of the Republic of Turkey.

Tantekin said the exhibition, "which will be held with the valuable contribution of Anadolu Agency this week" aims at commemorating the memory of martyrs and veterans and making sure they will "not be forgotten."

According to the Turkish government, the Gülenist Terror Group (FETÖ) and its U.S.-based leader Fetullah Gülen orchestrated the defeated coup of July 15, 2016, which left 250 people martyred and nearly 2,200 injured.