In 'Find Me,' Turkish photographic self-portraits find their voice 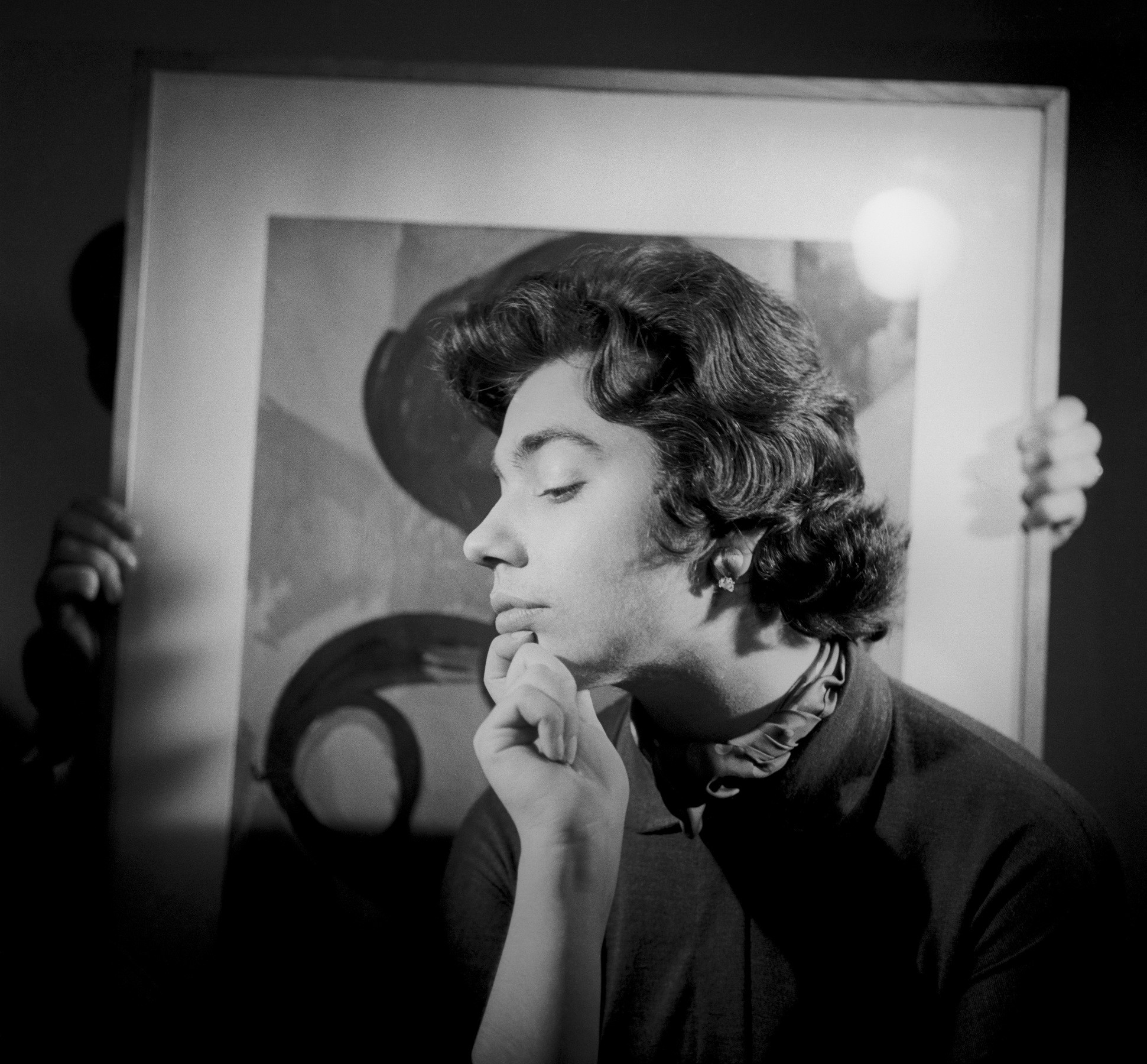 Curator Merih Akoğul saw a portrait one day and his whole life was changed. The image appeared on the pages of the Turkish daily Milliyet that published a weekly art supplement at the time. The image, Akoğul said, featured a gaze "capable of stealing the heart of a child still unfamiliar with life" and upon seeing it, the doors of a new world were swung open for the young man. When Hüseyin Avni Lifij completed his "Self-Portrait with Glass and Pipe" (1906), the image that transformed Akoğul's life, he was only 20 years old. "This painting not only revealed the artist's own grasp of the painting but also proclaimed the glad tidings of the birth of a masterpiece of Turkish art," Akoğul believes. "The spiritual insightfulness, the subject's pose, the quality of light imbuing the canvas, and the arresting harmony in the use of color are all features that are at least as impressive as those of a Rembrandt portrait." 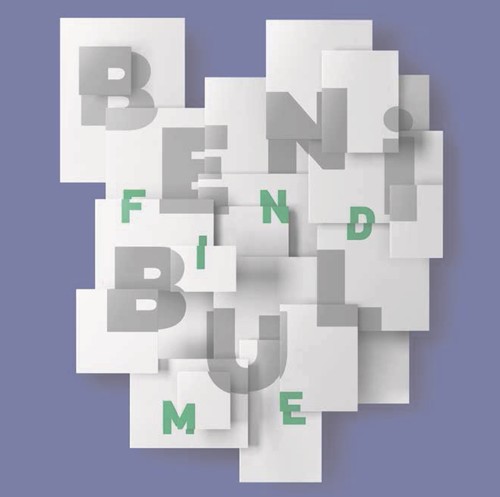 Akoğul, who has curated Aksanat's new exhibition, "Find Me: Contemporary Takes on the Self-Portrait," would grow up to be a student at Istanbul's Academy of Fine Arts where he would truly be able to appreciate Lifij's art, but the memory of his first, teenager encounter with the work remained with him: "Even though I was just a fourth-grader that did not keep me from sensing the extraordinary and fascinating atmosphere of this painting."

Later, Akoğul's interest in portraiture would expand to a fascination with the field of the photographic self-portrait, the first example of which is a 1839 daguerreotype work by Robert Cornelius. In Turkey, the leading names of the genre were Othmar Pferschy, Şinasi Barutçu, Ahmet Öner and Şahin Kaygun. 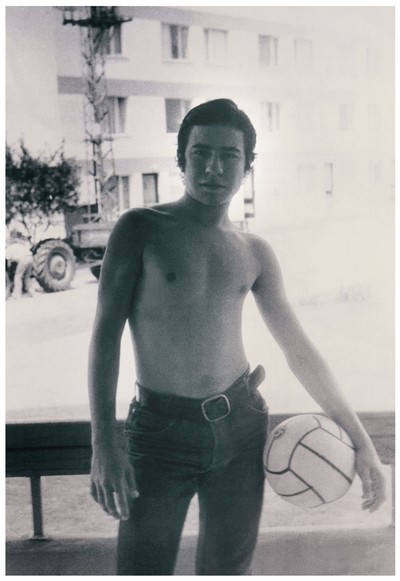 Kaygun is one of the artists whose photographic self-portraits are featured in Akoğul's exhibition. The image of the artist shows him with a camera and a red scarf; his airy yet piercing gaze defines the image.

"Aware of his mortality, Şahin Kaygun looks out at us from within a black-and-white photograph," Akoğul explains. "Holding his camera, he takes one last break before the red scarf resembling the cloud above his head turns into a basilisk. From within the embrace of the uncanny, Kaygun sets a date with an enigmatic future and we respond to his summons."

Another leading figure in Turkish art history, Balkan Naci İslimyeli is represented here with his "Pomegranate and Blood," a 1988 work from the artist's "Suret Series." Here İslimyeli, dressed in all black, holds a pomegranate and a knife covered with blood. The eyes of the artist are blurred and the bright colors in the background imply a spiritual transformation. 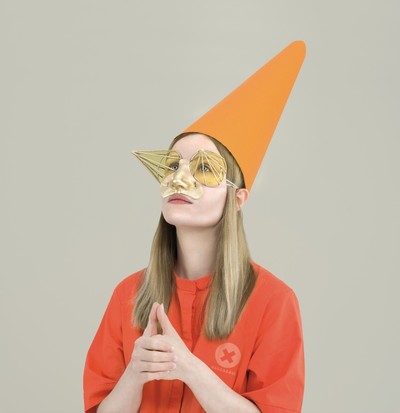 "Since the very outset, Balkan Naci İslimyeli has always been in pursuit of likenesses," Akoğul writes in the exhibition catalogue. "His own image is a customary guest in his canvases. Every encounter is an embrace of humanity through himself. The more modern traditions become, the more so do people also change. Is not the fact that we can still bleed the most important evidence that we are alive?"

Turkish performance artist Şükran Moral is another very alive figure of the exhibition. Her 1996 work, "Story of the Eye", shows her face covered by a veil the transparent texture of which both conceals and reveals a tender expression on Moral's face. "Although she may perhaps resemble a fugitive from some painting steeped in mystical allusions what with her face covered by a bit of veil, Şükran Moral is actually about to give birth to a new performance with a monitor clamped between her legs as she lies on a bed borrowed from the mother of a youth who died of AIDS," Akoğul explains. "Contrary to what is commonly believed, art does indeed incorporate history: photographs are the most eloquent evidence of this."

The exhibition features a lovely, and rare, 1955 self-portrait by Yıldız Moran, and an intriguing double-portrait by the photographer Muammer Yanmaz. For his "Lived-in Faces: A Time-Travel Project," Yanmaz has looked at his high school years at Istanbul's Saint Michel Lycee. Yanmaz has spent those years waiting for the bell to signal the beginning of the next class. Now, 25 years after the original experience, he takes another self-portrait.

One of the inspirations behind Akoğul's interest in self-portraits had been "Madonna in a Fur Coat", the enigmatic novel by Sabahattin Ali, the novelist and short story writer killed by Turkey's single-party regime in 1948. That novel's protagonist, Raif Efendi, travels to Berlin to work and at a gallery there, falls in love with the self-portrait of Maria Puder, the artist with whom he then starts an affair.

For Akoğul, the significance of the self-representative act can't be overstated: "Essentially every act of self-portraiture is nothing less than the individual's using art to position himself once again with brand-new coordinates and to achieve a reincarnation of the sort that one encounters most often only in myths."