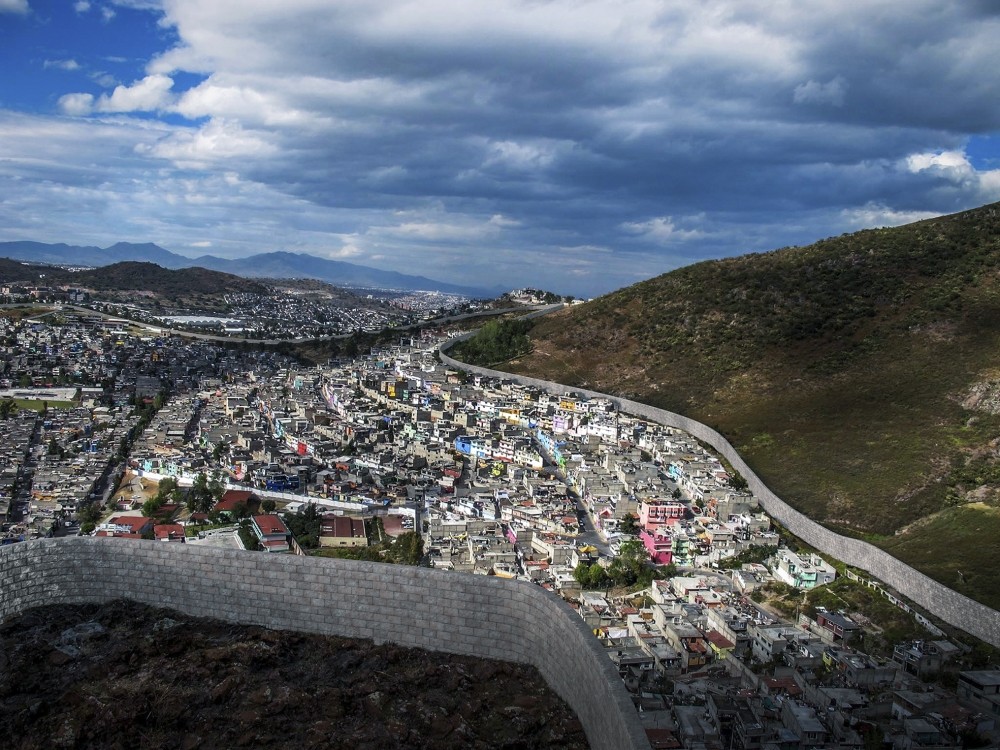 Artist and art director Kutluğ Ataman has reimagined the proposed border wall between the U.S. and Mexico in his new work "Wall," showcased as part of the "#undoingwalls" project at the Illingworth Kerr Gallery in Alberta, Canada.

Over the past months, the U.S. Customs and Borders Protection Department has called for designs and prototypes for the proposed U.S.-Mexican border wall. In response, the Kerr Gallery, affiliated with Alberta College of Art + Design (ACAD), started the project.

Ataman was among the few international artists invited to create alternative scenarios for this project. His artwork focuses on a wall made of solid blocks of salt. It will be displayed on three different screens, melting over time and leaving a mark like a scar.

In preparation, Ataman worked with Murat Çetin of Architecture firm Artı Eksi Sıfır. Meanwhile, a documentary on the Ataman, directed by Metin Çavuş, will soon be broadcast on Witch TV.

The #undoingwalls project aims to reimagine border walls and ask questions such as, when the issue is migration or defections can a wall conniving and finding an alternative solution for discrimination be built, can this wall be an area on which counter thoughts can be written, can we budge the system in itself and with its rules, can a wall be a channel against the division with a new design, or can a wall be permeable on purpose or can it destroy itself against its own aim?

The artworks can also be visited online on undoingwalls.net. The exhibition at the Illingworth Kerr Gallery will be open until Sep. 16.