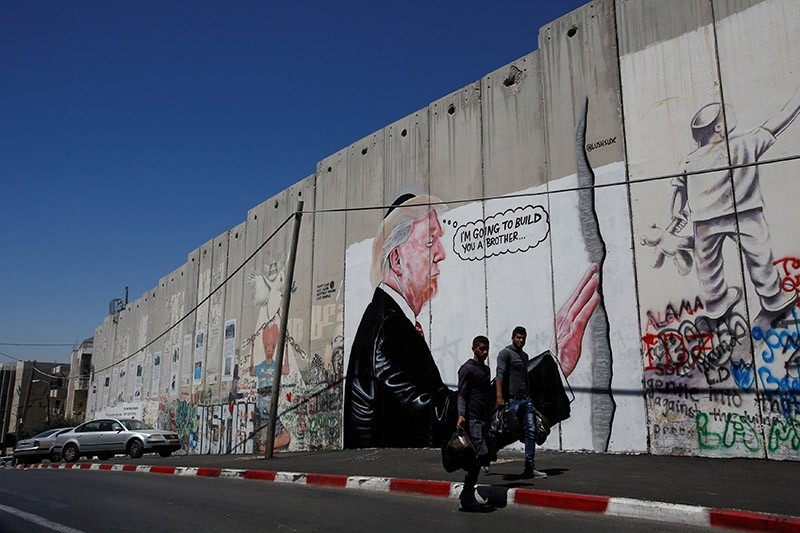 Palestinians walk past a graffiti depicting U.S President Donald Trump on the controversial Israeli barrier in the West Bank town of Bethlehem August 4, 2017. (Reuters Photo)
by Associated Press Aug 04, 2017 12:00 am

Graffiti resembling the work of elusive artist Banksy has appeared on Israel's security barrier in the West Bank city of Bethlehem.

It wasn't immediately clear if the work found early on Friday was done by Banksy or a Banksy-wannabe.

One drawing shows President Donald Trump hugging and kissing an Israeli watchtower in the barrier.

In another, Trump is depicted wearing a Jewish skullcap. A cartoon bubble next to him says: "I'm going to build you a brother."

Israel built the barrier a decade ago, amid heightened violence with the Palestinians and in a bid to stop possible Palestinian attackers from entering the country. Palestinians consider the barrier to be a land grab that stifles people's movement.

Banksy has made forays into the Palestinian territories in the past.